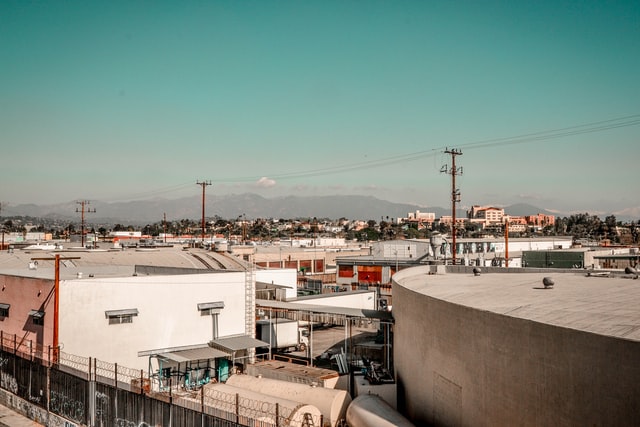 The novel coronavirus has dealt a serious blow to the manufacturing industry in Los Angeles. Due to the pandemic, many businesses have been forced to shut down or significantly reduce operations. This has had a ripple effect on the local economy, with unemployment rising and businesses struggling to stay afloat.

Despite the challenges, some manufacturers have been able to adapt and even thrive in the current climate with the aid of furniture manufacturing software and other equipment needed like PCD Tools.

Tesla is a company that makes electric cars. The company was founded in 2003 by Martin Eberhard and Marc Tarpenning, and it is named after Nikola Tesla, the Serbian-American inventor who developed the AC motor. The Roadster, Tesla’s first car and certainly not their last, was released to the public in 2008. The company’s second car, the Model S, was introduced in 2012. Tesla also makes the Model X, a crossover SUV that was released in 2015. The company has plans to introduce the Model 3, a lower-priced sedan, in 2017. Tesla also sells solar panels and batteries for home and industrial use.

The company was founded in 2002 and has since launched over 50 missions to space.

Northrop Grumman is a company based in America that produces aerospace and defense technology company. It was founded in 1939 as Northrop Aircraft Company, and since then has been involved in the design and production of several military and civilian aircraft. Today, Northrop Grumman is one of the world’s leading military aircraft and technologies suppliers and is also a major provider of:

In addition, the company provides a range of information technology solutions to government and commercial customers. Northrop Grumman employs over 70,000 people worldwide and is headquartered in Falls Church, Virginia.

Raytheon is an American aerospace and defense company that provides technology and products worldwide for military, government, and commercial customers. It was founded in 1922 and has since grown to become one of the largest defense contractors in the world. Raytheon’s products include:

The company also provides engineering and technical support services to customers around the globe. Raytheon is headquartered in Waltham, Massachusetts.

Boeing is an American aerospace company that designs, manufactures, and sells airplanes, rotorcraft, rockets, satellites, telecommunications equipment, and missiles worldwide. Boeing also leases and provides product support services. Boeing operates in more than 150 countries and employs over 160,000 people. It is the largest exporter of commercial jets in the United States. Boeing stock is traded on the New York Stock Exchange under the ticker symbol BA.

William E founded Boeing. Boeing in Seattle, Washington, in 1916. Boeing’s HQ in Chicago, Illinois. Boeing is the leader in manufacturing commercial planes and military aircraft. Its products include the:

Boeing has also been a major supplier of spacecraft and rockets, including the Apollo Moon program, the Space Shuttle, and the International Space Station.

The company was founded by Steve Jobs, Steve Wozniak, and Ronald Wayne in April 1976 to develop and sell personal computers. It was incorporated as Apple Computer, Inc. By January 1977, the sales of its computers, including the Apple II, grew quickly. Within a few years, Jobs and Wozniak had hired a staff of computer designers and had a production line for the Apple II.

Lockheed Martin is a U.S.-based global aerospace, defense, security, and advanced technologies company. The company came to be after a merger between Lockheed Corporation with Martin Marietta in 1995. Lockheed Martin employs approximately 110,000 people worldwide and is headquartered in Bethesda, Maryland.

The company’s history can be traced back to the early 20th century, when aircraft pioneer Allan Lockheed founded the Lockheed Aircraft Company in 1912. The company later merged with Missiles and Space Corporation in 1969 to form Lockheed Martin Corporation.

Walt Disney Imagineering is the creative force behind the Walt Disney Company’s world-renowned theme parks and attractions. From initial concept through final completion, Imagineering provides creative leadership for all phases of attraction development.

In addition to theme parks, their portfolio includes resorts, cruise ships, regional entertainment venues, and interactive media. They also create compelling experiences for a variety of businesses beyond the traditional Walt Disney Parks and Resorts including ABC Television, The Walt Disney Studios, ESPN, and Aulani, A Disney Resort & Spa in Hawai’i.

Walt Disney Imagineering was founded in 1952 by Walt Disney himself. Since then, they have created some of the most iconic theme parks and attractions in the world including:

Toy manufacturing company Mattel is a multinational founded in 1945 and is based in El Segundo, California.

The company sells toys and merchandise under a variety of brands, including:

In addition to selling products under its own brands, Mattel also manufactures products for other companies. Some of these products include Sesame Street toys for Hasbro, Inc., cars for Toyota Motor Corporation, and games for Electronic Arts.

In 2014, Mattel was embroiled in a scandal surrounding the recall of millions of its toys due to safety concerns. The company has since taken steps to improve its safety standards and is working to regain the trust of consumers.

Hasbro, Inc. is an American multinational toy and board game company with a rich history dating back to the early 20th century. The company has been known for its iconic brands and franchises such as Transformers, G.I. and many more. Hasbro has also been a leader in innovation, creating some of the first-ever toys and games that used cutting-edge technology, such as the first talking doll (Mr. Potato Head), the first handheld electronic game (Simon), and the first color television game (Candy Land). Today, Hasbro continues to innovate with new products and experiences for children and families worldwide.