6 Most Scenic Running Trails in the US

America has some of the world’s best running trails, and if you are looking for routes that are full of the beauty of nature, there are lots of options to consider.

Get your fix of fitness as well as a healthy dose of scenic views and fresh air by planning a trip to one or more of the following trails. 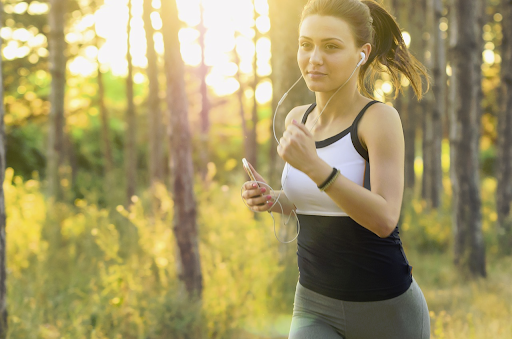 As the name suggests, this extensive trail loops around to encompass the entirety of Lake Tahoe, covering a total of 165 miles in the process.

This might sound like a daunting distance to cover, but luckily it has been broken up into smaller chunks, ranging from shorter half-marathon stints to longer jaunts of over 33 miles. This lets you pick and choose a segment that matches your abilities.

As well as overviews of the lake itself, the Tahoe Rim Trail also lets you see amazing meadows, fertile forests, gorgeous glades and much more besides. Pack provisions and a smartphone in your running belt and enjoy the view!

Just outside of LA is this eight and a half mile trail that takes in the glorious El Moro Canyon and allows you to enjoy an overview of the blue waters of the Pacific, as well as the rolling green undulations of the landscape leading up to it.

It is not the most challenging route on paper, but this loop can be tougher than it looks due to the frequent changes in elevation, so be prepared to take your time and stay hydrated to avoid being overwhelmed.

If you are planning a trip to Hawaii and you want to get in a run while you are over there, the Kalalau Trail on the island of Kauai needs to be added to your itinerary right away.

The starting point is situated in Ha’ena State Park, and it concludes at the beachfront after running for 11 miles along cliffs, through tropical groves and around historic ruins from bygone civilizations.

If the full route is a little too long for a vacation excursion, there are shorter variants to try out, so don’t be dissuaded.

This is undoubtedly the best-known trail for hiking and running in the US, and arguably is the most famous route of its kind globally as well.

Whether you decide to take on the entirety of its more than 2000 mile length over the course of months or years, or you just pick a small portion from one of the 14 states that it passes through, the Appalachian Trail has something for everyone.

Known for its outdoor pursuits, its arts scene and its association with athletics, the city of Eugene in Oregon is also close to the Cascade Mountains, through which the McKenzie River Trail winds its merry way.

Prepare for tough uphill stints, exhilarating downhill scrambles, and varied twists and turns as this route takes you through the beauty and majesty of the North West. Also be aware that this is a trail which is also popular among mountain biking enthusiasts, so check in advance for any events which might monopolize it.

New England may not be as brash and dramatic with its landscapes as some other parts of the US, but it still holds a quiet beauty that is breathtaking in the right light.

The Lower Nanamocomuck Trail lets you experience this for yourself, stretching just under eight miles along rivers, through marshes and across covered bridges that are typical of this region and thus a treat for the eyes.