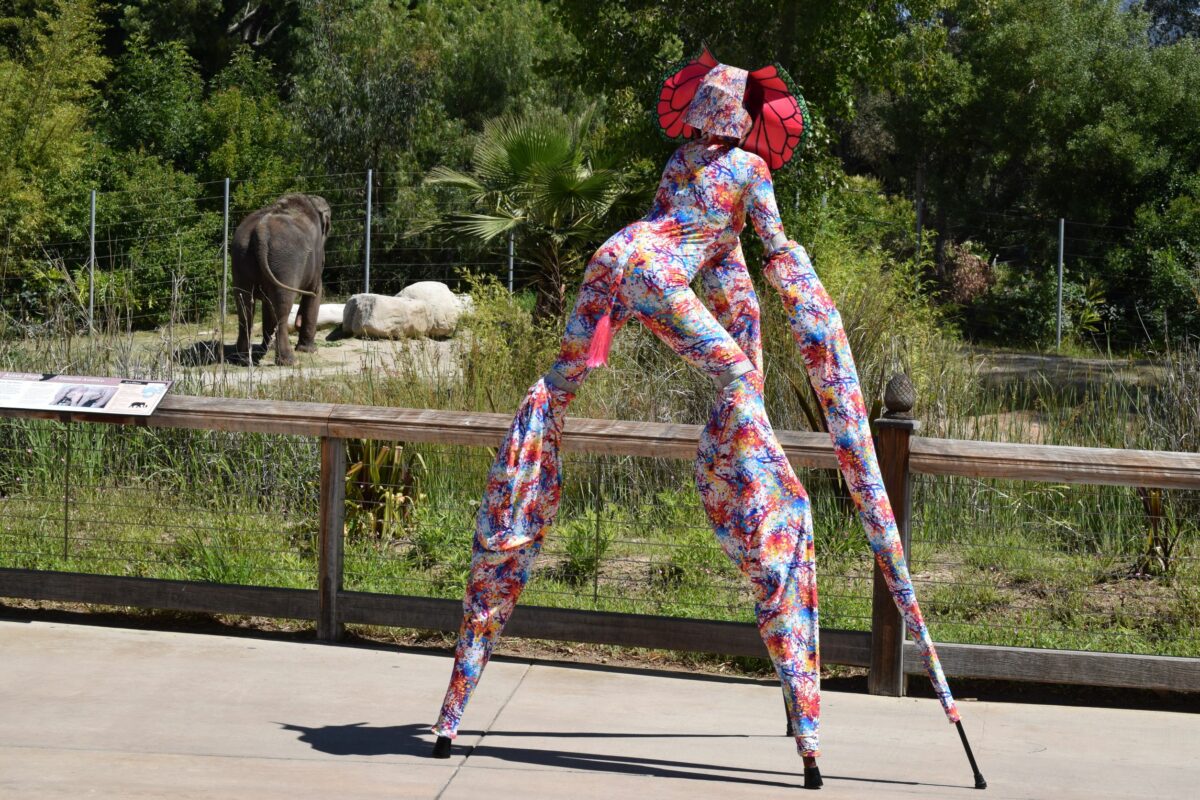 She’ll do anything to get his attention, but Larry’s having none of it. Photo by Bondo Wyszpolski

The Beastly Ball bounces back

Saturday, June 4, at the LA Zoo

Yes, I was a card-carrying member of the L.A. Zoo when it opened at its “new” location, but that was well over half a century ago. These days I simply appreciate the efforts of GLAZA (the Greater Los Angeles Zoo Association) as it continually endeavors to make the park more amenable to both its residents and the millions of visitors who come in to be educated and awed by creatures big and small, feathered, furried, and scaled. 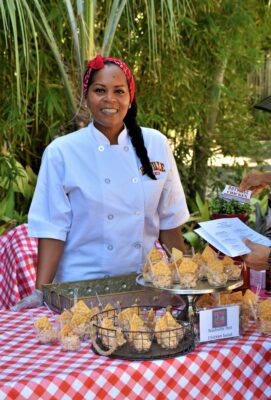 The annual Beastly Ball—interrupted these last couple of years—is a major fundraiser for animal conservation. It’s taking place this coming Saturday evening where there will be food and beverages, animal feedings and keeper talks, and entertainment galore at the Treetops Terrace. A “mobile-bidding silent auction” is set to go with dozens of choices, from animal adoption packages to travel, sports, and entertainment options. In addition, one can bid on jewelry, clothing, and signed items of Betty White.

Betty White? Yes, the late TV and film icon, who barely missed out on becoming a centenarian (as Wilson Pickett sang, “Ninety-Nine And A Half (Won’t Do)”), is being honored posthumously, because she served for over 50 years as a GLAZA trustee and in 2010 was the inaugural Chair of the Los Angeles Zoo Commission. Also, in her memory there will be a (Betty) White Carpet Reception and the naming of the Betty White Conservation Hero Award. 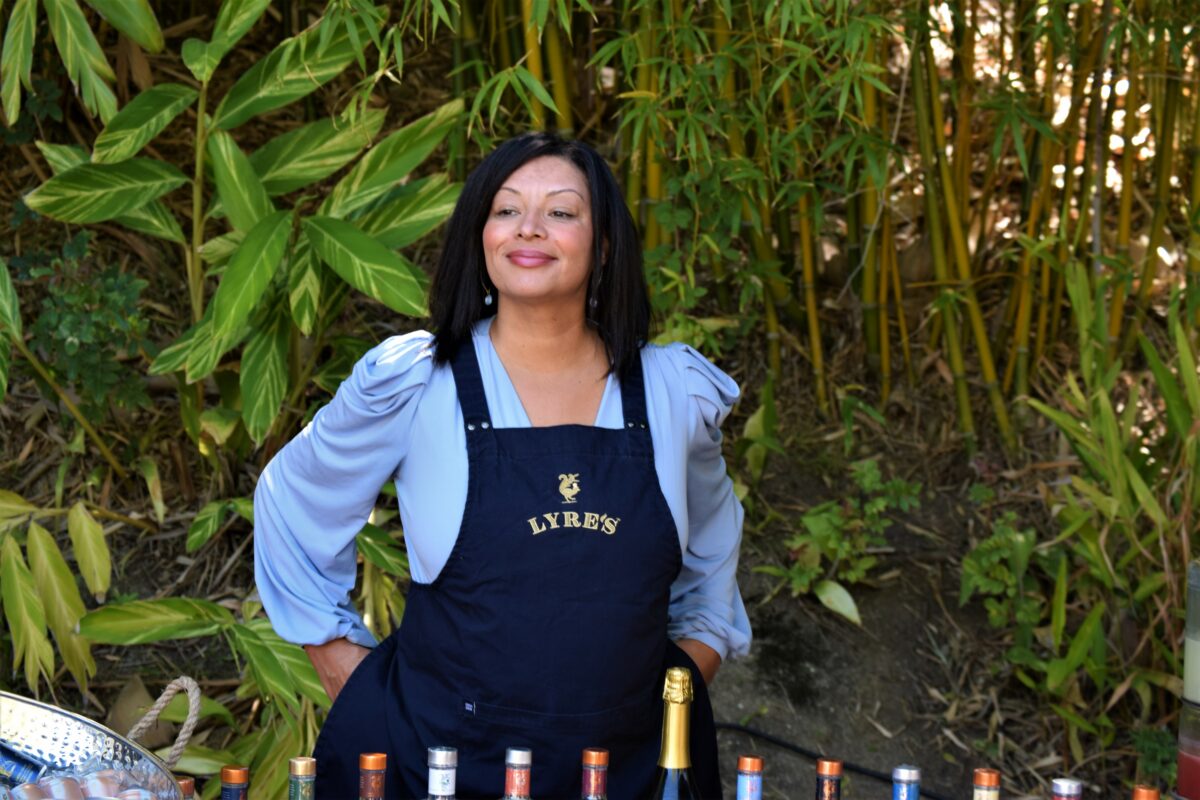 Others will be honored as well: B. Natterson-Horowitz, M.D., a cardiologist and evolutionary biologist; Kathryn Bowers, who’s an animal behaviorist and science writer; and the appropriately monikered Stephen Badger, who isn’t a character out of “The Wind in the Willows” but rather the two-time chairman of Mars, Incorporated and the founding investor of Seeds and Change. If you see him wandering off somewhere by himself you can say, Hey, look, there’s the Mars rover! 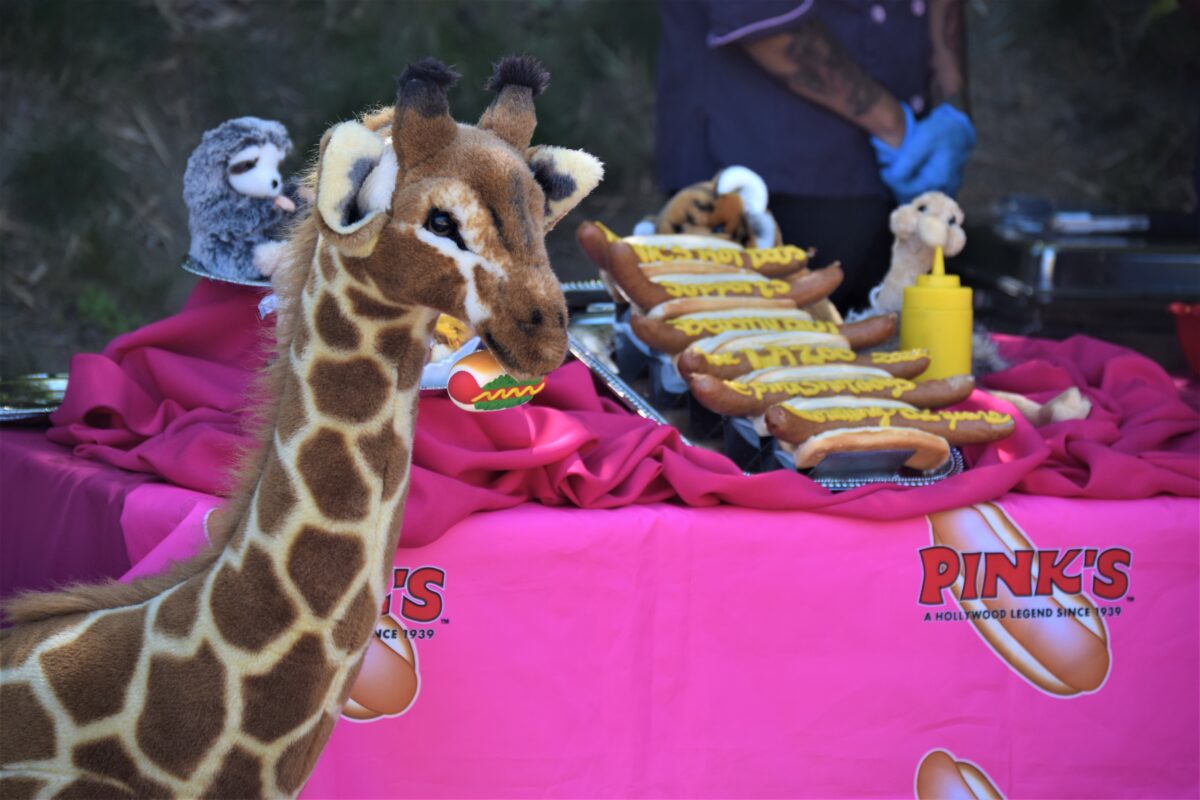 I’m not sure I’d feed a Pink’s hot dog to a giraffe, but it’s fresh kill for the rest of us. Photo by Bondo Wyszpolski

Okay, okay. Now here’s where I come in. You see, I had the opportunity to learn about the Beastly Ball in advance and, it only gets better, a chance to sample some of the goodies that those in attendance will be able to gobble down like Vikings at a Valhalla banquet hall. I don’t remember them all, but there were representatives from Lyre’s, Dolan’s Soul Food Kitchen, Hotville Chicken, Momed, The Federal Bar, Taste of the Wild Catering at the L.A. Zoo, Pink’s Hot Dogs, In Good Taste Wines, Krispy Kreme Doughnuts, Sammy’s Beach Bar Cocktail Company, and Yakumi. You don’t have to quote me on this, but Yakumi’s tuna poke, with soy chili oil and sushi rice, plus their sake cocktail infused with yuzu honey, was heavenly. They’re out in Burbank, but it’s tempting to battle freeway traffic, night or day, to pay them a visit: @yakumilfe. 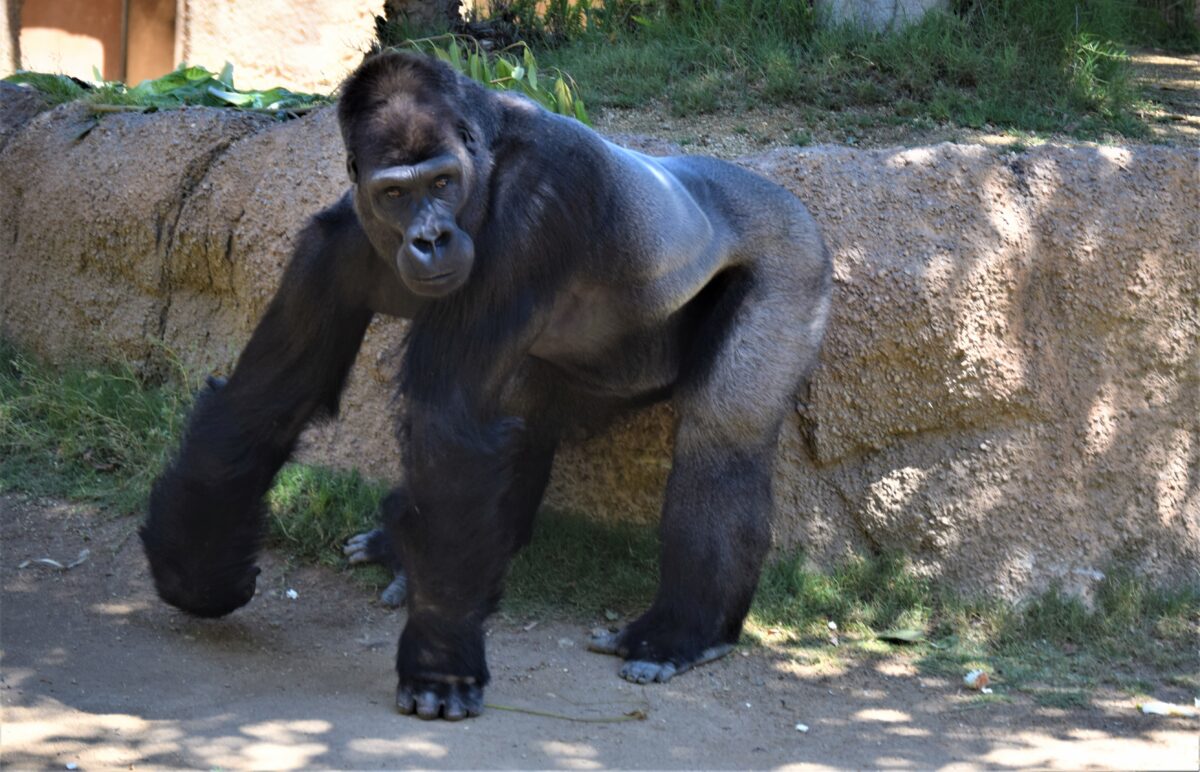 When you see a fella like this you don’t want to say, “Hey, your mama wears combat boots!” or “I bet your father was the milkman!” Photo by Bondo Wyszpolski

I also have to point out that during my visit, and after I’d snapped up more food than a crocodile, I embarked on an intensive golf cart tour of the premises with docent Michael Stepner of Chatsworth at the wheel, who told us more about the ways and means of the animal world than one could glean from half a dozen guidebooks. He’d drive, stop, we’d pile out, visit a cage or an enclosure, hop back on board, rinse and repeat as it were. I felt like we were cruising through the savannahs.

So here’s the rundown. Beastly Ball tickets for Saturday’s event go for $1,500 per person. Sponsorship opportunities are available. Donations raised go directly into the Zoo’s conservation mission initiatives. The evening’s emcee and host is actor and comedian Joel McHale. How do you get there? The Los Angeles Zoo is located at 5333 Zoo Drive in L.A.’s Griffith Park, at the junction of the Ventura (134) and Golden State (5) freeways. Acres of free parking. For tickets, or just to learn more about what I didn’t already make crystal clear, call (323) 486-4253 or visit lazoo.org/beastlyball. ER