Audiologist Lee Parker, of Manhattan Beach, was a born listener 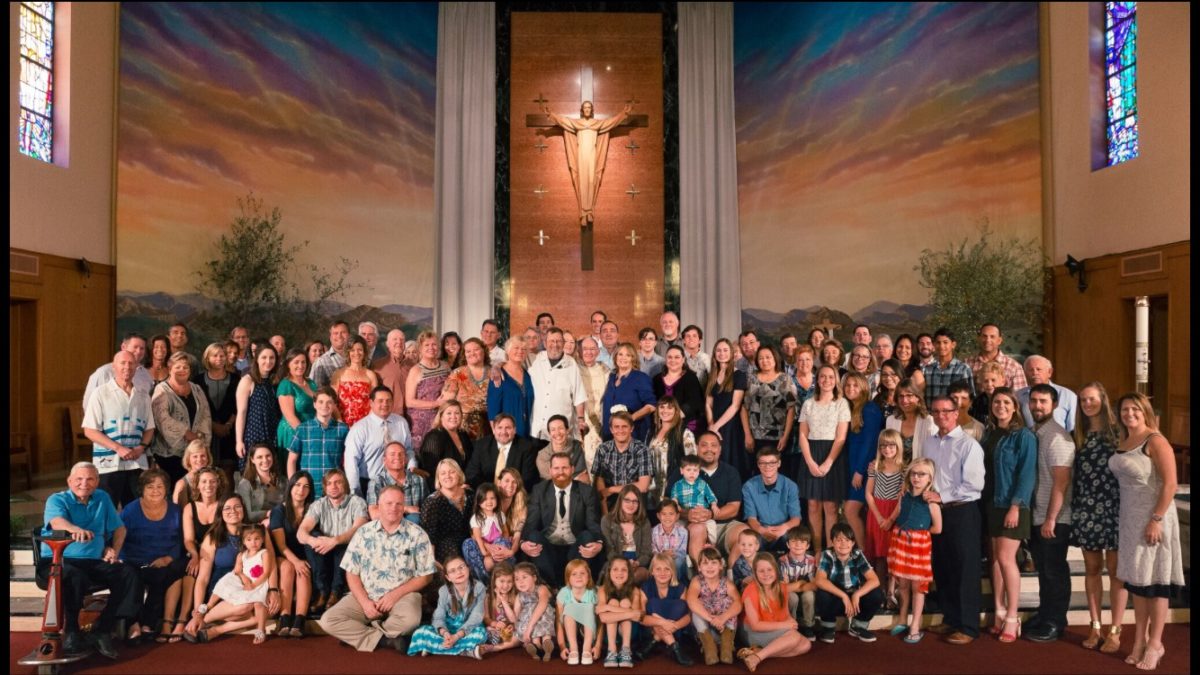 Chris and Dr. Lee Parker on their 50th wedding anniversary in 2016, surrounded by family, at American Martyrs Church. Photo courtesy of the Parker family.

The first clue Dr. Lee Parker’s funeral at American Martyrs in Manhattan Beach last Friday would be emotional was the handkerchiefs handed mourners as they filed in. But knowing Dr. Parker loved celebrations and New Orleans, the handkerchiefs also signaled a celebration was at hand. (He rode in the New Orleans Mardi Gras Parade on his 55th birthday). Monsignor John Barry welcomed the mourners, who were asked to wear Hawaiian shirts, by noting their numbers filled the church and were double the 300 people the family told him to expect.

Following the Memorial Mass, Dr. Parker’s three sons spoke. Matt, the youngest, shared lessons his father taught him. One was, “In case of emergency, look toward the man with the beard. He’ll know what to do.” Lee Parker sported a full red beard throughout his adulthood, as has Matt.

Josh, the middle son, said his father’s career as an audiologist inspired him to also become an audiologist, as it did his sister Andrea. Dr. Parker was born to deaf parents. His first word was “daddy,” expressed by forming the letter L with his thumb and index finger, and touching them to his forehead. He didn’t speak verbally until he was three, with coaching from neighbors.

Mark, the oldest, and self-described “favorite son,” recalled the family home on Manhattan Avenue, in North Hermosa, was party central for the large Parker and Sisson families. Lee Parker’s wife Chris is a Sisson, a large, Catholic, beach cities family.

But as much as his father enjoyed parties, Mark said, he knew limits had to be respected.

“Dad called those of you who were a bit too wild, ‘outdoor dogs.’ Will the outdoor dogs here today, please stand,” Mark said.

A dozen mourners, not all male, rose to their feet.

“Dad was also known to take in stray dogs. Will the stray dogs dad invited in when you had nowhere else to go, please stand up.”

“He also loved to feed people. Will the people dad fed please stand.”

Now, half of the church was on its feet.

Now, nearly everyone in the church was on their feet, including Monsignor Barry.

Following the eulogies, the Hyperion Outfall Serenaders marched into the church. The New Orleans Jazz band is named after the neighboring sewage plant.

At the foot of the altar, 92-year-old bandleader Bob White raised his cornet to his lips and struck up “When the Saints Go Marching In.” Then the band, followed by the pallbearers and casket and Parker family filed up the aisle of the nave, through a sea of waving white handkerchiefs. 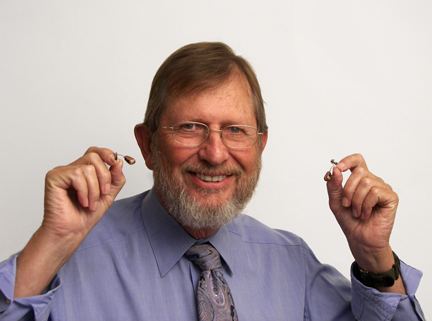 Parker was born in Meridian, Mississippi, in 1945 and grew up in Gardena, where he attended Serra High and met Christine Sisson, of Hermosa Beach,, whom he married in 1966.

After obtaining a masters in speech pathology from Long Beach State, he earned a PhD in audiology from the University of Florida.

He subsequently served as the Director of Audiology at the San Francisco Speech and Hearing Center for two years. After several years at Little Company of Mary Hospital, he opened Parker Hearing Institute of Audiology across the street, where he dedicated the next 45 years of his career. In 1979, he and colleague and best friend Phil Burney founded the Palm Springs Hearing Seminar, an annual educational seminar that continues to this day.

Dr. Parker was widely published in medical journals; taught graduate level audiology courses; invented hearing aid devices; and consulted with manufacturers on the design and modification of the CIC Hearing Instrument. He produced educational films and brochures and was frequently consulted by TV script writers and movie producers on hearing loss. He appeared as an audiologist in the movie “Johnny Belinda,” based on the Broadway play of the same name about a deaf rape victim.

He and his wife traveled the world, often accompanied by grandkids, and toured the U.S. in an RV.

He is survived by his wife Chris, daughter Andrea Parker Huttinger, sons Mark, Josh and Matt, 12 grandchildren, and 100-plus Sissons. In lieu of flowers, donations may be made to the The Jimmy Clark Horseshoes for Huntington’s Fund (Tjfay@90266@yahoo.com), The Los Angeles Catholic Worker (lacatholicworker.org), the Multiple Myeloma Research Foundation (themmrf.org/get-involved/donate-to-the-mmrf/)  or Holy Angels Catholic Church of the Deaf (hacofthedeaf.org). ER