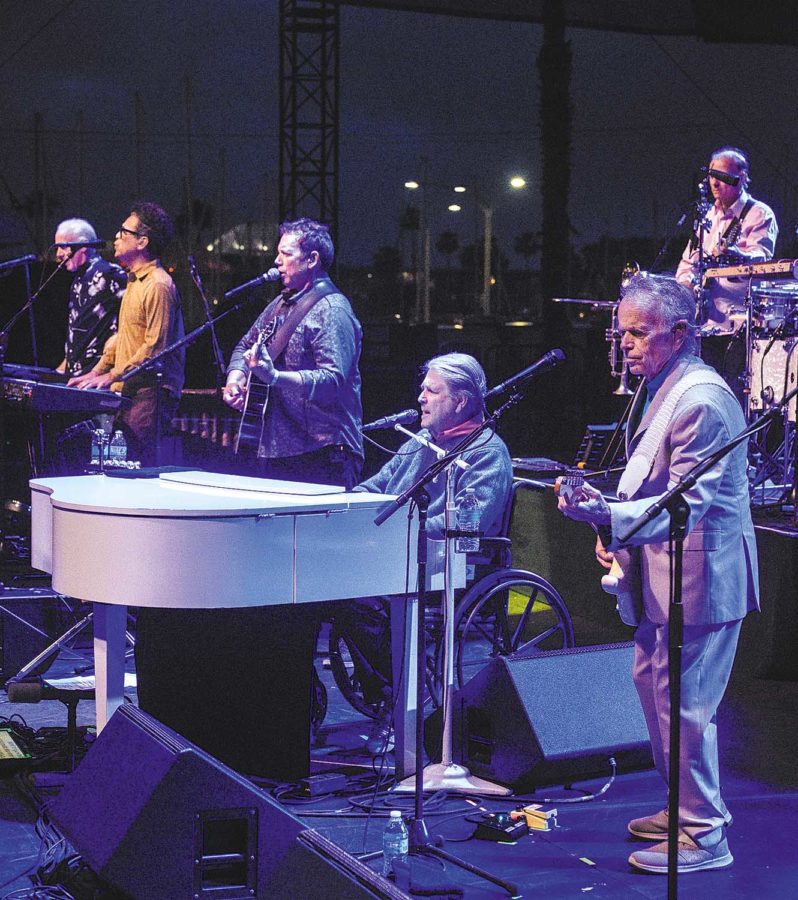 Original Beach Boys rhythm guitarist, vocalist, and songwriter Al Jardine will perform at Saint Rocke on Sunday, Oct. 27, for what will be only his fourth South Bay performance in over five decades.

The Beach Boys played at the opening Leonard’s department store in Torrance 1962, and that same year at a Mira High School dance in Manhattan Beach and at a fraternity dance at the Biltmore Hotel in Hermosa Beach.

The band didn’t perform locally again until last summer when it reunited for a performance at the Beach Life festival, organized by Saint Rocke and held at the Redondo Beach Seaside Lagoon. 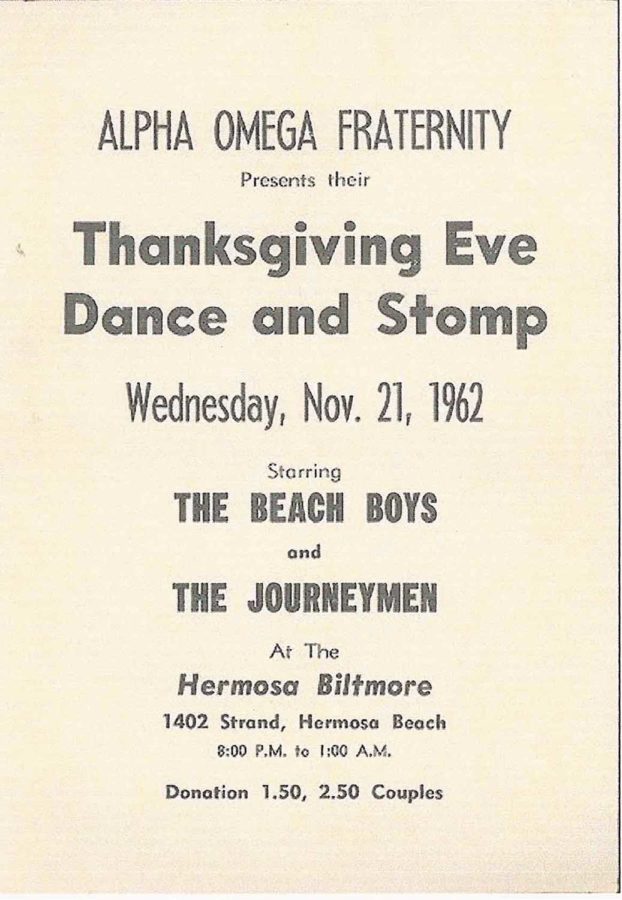 Dance poster for a Beach Boys performance at the Biltmore Hotel in Hermosa Beach in 1962. Courtesy of Don Ruane

Jardine met Wilson when the two played football together at Hawthorne High. They formed the Beach Boys when Jardine was attending El Camino College.

Since leaving the Beach Boys in 1998, Jardine has performed as a solo artist.

Sunday’s night’s performance features just three musicians: Jardine, Jeff Alan Scott and Jardine’s son Matt, who has been taking over the lead vocals on the trickier tunes while touring with Brian Wilson. Guests can expect to her backstories on Beach Boy songs and rarely exhibited photos of the band.

The Saint Rocke setlist includes early Beach Boy songs, among them “Surfin’” and “Surfin’ USA,” along with pop masterpieces “Good Vibrations,” “Sloop John B,” and “God Only  Knows” from the “Pet Sounds” and “Smile” albums.

After this period of power pop releases, the band developed an edgier, less commercial sound. Long-time Manhattan Beach resident Blondie Chaplin joined the band to record the “Holland” album, which resulted in several quiet masterpieces, including “Sail on Sailor” and the criminally underrated “California Saga.”

Jardine said “California Saga” was inspired by The Big Sur Festival, which the band played in 1970.

“A Postcard from California,” released in 2010, is Jardine’s only solo album. It features unreleased Beach Boys songs such as “Don’t fight the Sea” and a who’s who of session players and vocals by such greats as Glen Campbell, Steve Miller and Brian Wilson.

Jardine, along with fellow Beach Boys, was inducted into the Rock N’ Roll Hall of Fame in 1988.