BeachLifer – Local notes from the festival 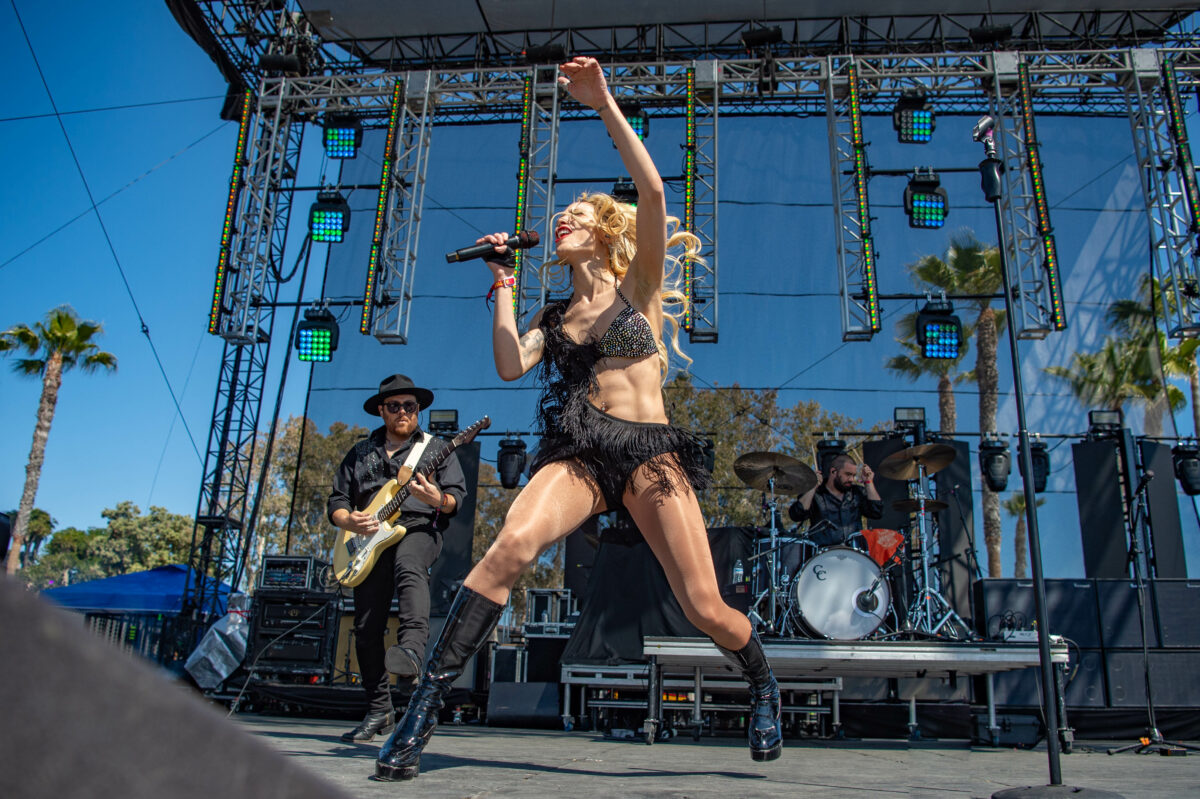 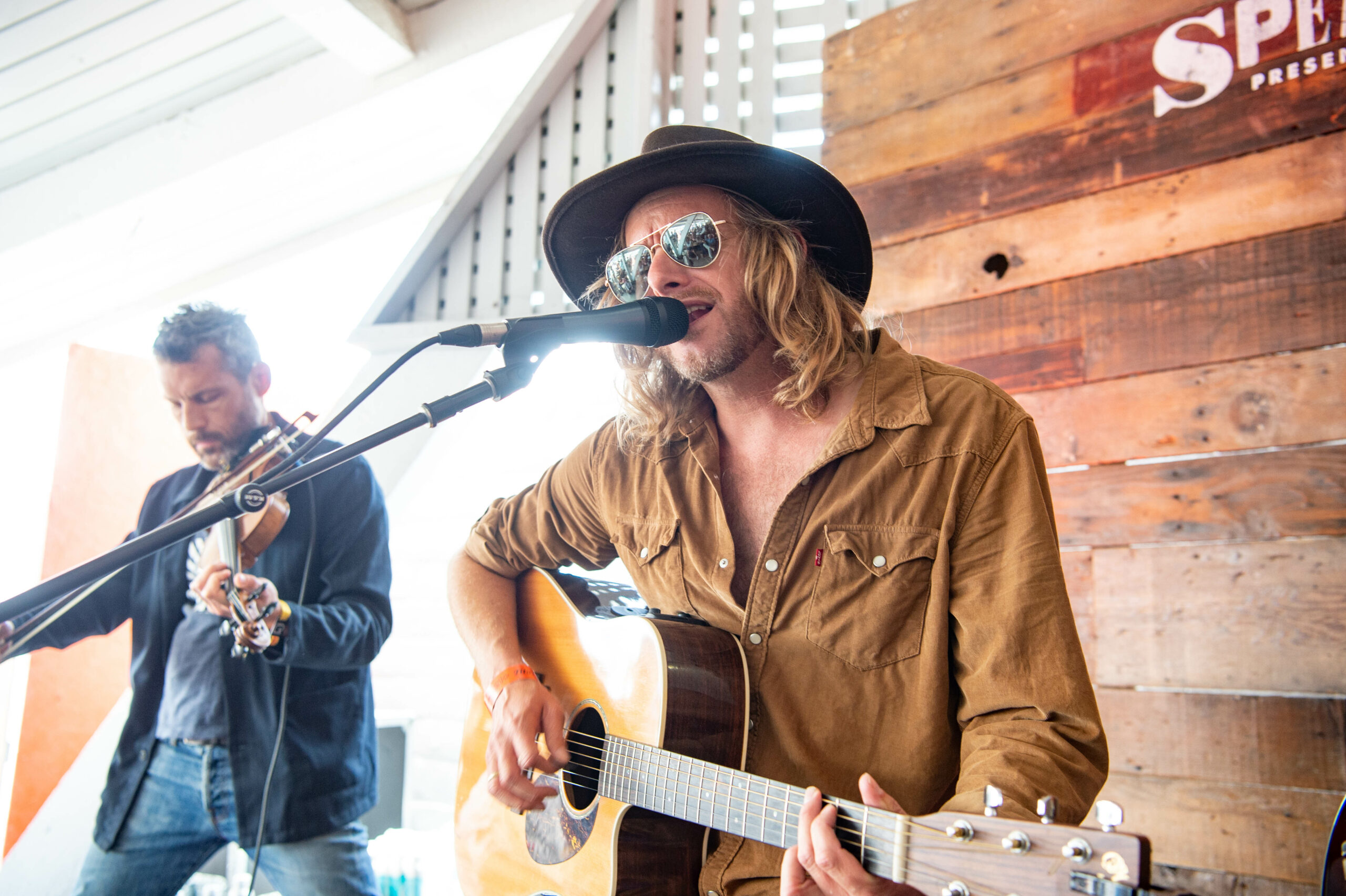 Coming of age surfing the south side of the Manhattan Beach pier, I wished The Grateful Dead would perform at the Roundhouse while I pulled into translucent tubes. I wanted to live in a Rick Griffin rock poster. I moved only for the wild twisting transportive thrill of riding waves and improvised guitar solos. No surprise, I became a show pro, a festival freak. From Dead tours to underground raves to Reggae On The River, High Sierra, the inaugural Lollapalooza, Coachella, Tibetan Freedom Concert, Telluride, Jazz Fest, Burning Man, Big Cypress, Phish tour, along with every strange specimen of jam band campout and desert party you could possibly imbibe. I longed to be transported to a heaven on earth for the senses.

Now there’s BeachLife, and I can’t imagine a more ideal setting. A music festival at the beach, in my own backyard. Forget the pilgrimage to the desert outskirts of Reno or the muddy trek through the Everglades. We once had to fight for our right to party, but now we’re in charge. Festivals have finally come of age and been decriminalized. Imagine a three-ring circus that does not travel from some magic place to enchant your hometown, but actually originates from it.

Friday afternoon, the third BeachLife Festival hit the hot sand running. If anyone had to work that day, it was imperceivable, as throngs of sunny spectators flooded the festival gates. Velvet Starlings from Venice entranced the crowd with their droning ‘60s garage rock, the perfect pill that assured this weekend would not disappoint. Their psychedelic instrumental of the Star Wars theme was hip. Hometown hero, and punk Godfather Jim Limberg, and his band baked a cake of country-infused rock with a sleek, reverb saturated surf vibe that was like cool icing. And this was only the first hour.

Tomorrow’s Bad Seeds from Redondo Beach packed in the SpeakEasy with the perfect hybrid of reggae and soul. Singer Moises Juarez was born to sing, and exuded effortless frontman swagger from atop his bar stool. The band was sonic perfection, drifting out delay drenched guitars over deep dub bass. Drummer Pat Salmon employed eDrums to sprinkle in chimes and rasta timbale rolls.

Cannons brought the nightlife to the sunlight with their dreamy, downtempo groove pop. A steady flow of washy synth hooks tapped a vein, keeping the crowd cooly sedated across the hot sands of the low tide arena. Bombshell blond singer Michelle Joy arrived like The Birth of Venus in furs, exuding Nico cool in her bikini dress and boots. Her sheeny voice was a siren call that dazed the sun-drenched BeachLife goers.

Local low-slinging mandolin frontman Josh Linden and his band Hoist The Colors rallied the local crew with a bouncy Celtic cacophony of accordion, fiddle and punk rock guitar. The boisterous dance pit soon spilled over into moshing during “The Curse of Blackbeard Lavoie” Their hometown pride was palpable and triumphant. Also, on Saturday locals Jeremy Buck and The Bang exploded with showmanship that left no doubt they were festival ready. It’s rare to see a local act bring as much professionalism to the stage. Their song “Good Things” had the people whistling along, and is destined to be in a Disney movie. Their cover of “Another Brick In The Wall” excited the dancing crowd, and left a timely comment on the state of our post-pandemic educational system. The Bang has bandwidth, crossing genres, and styles, imparting meaningful songwriting.

The Great Pumpkin, Billy Corgan, took the stage like Colonel Kurtz emerging from the shadows. Painted like a sacrificial bull, he ceremoniously performed Smashing Pumpkins songs old, and new. He raged, snarled and sang “Bullet with Butterfly Wings,” and then he smiled ever so slightly, as if to give himself permission to enjoy performing their uplifting hit “Today.” It was the perfect anthem for the end of a long day of non-stop music. Later the band took a hard detour, risking catchiness for artistic statement with a torturously heavy cover of The Talking Heads “Once in a Lifetime.” Their dark re-imagination of the song brought a new stunning and thrilling interpretation to the drifty pop song. I prayed the mushrooms weren’t turning on anyone, making them ask themselves, “My God what have I done?”

The funk was flowing early on Sunday with Animal Liberation Orchestra, the lighthearted jam band friends of all. They delighted the dance crowd with their ‘70s style, funky jams that always tickle you silly. Their heady instrumentals are the musical equivalent of a good roll coming on. The good times rolled on with sax master Karl Denson, and his Tiny Universe, who laid down the day’s most authentic jazz and blues. Deadheads delighted on Sunday with dual Dead cover curators Cubensis and Joe Russo’s Almost Dead, and the music never stopped. Devon Allman and Samantha Fish, like a pair of rolling dice, keenly covered “Stop Draggin’ My Heart Around.” Fish was like a cross between Marilyn Monroe and Joan Jett, a guitar rock queen of hearts who brought the chops.

Performing at BeachLife is an experience I’ll never forget. My band Latch Key Kid played a bluegrass style set on the SpeakEasy Stage, which is the ideal venue for a singer songwriter. Everyone up front was silently seated, hushed and attentive. I felt like my every word was heard and it felt so welcome. Compared to playing noisy bars and restaurants where you’re the background music at the party, playing The SpeakEasy at BeachLife elevated my craft into art, giving it more meaning and purpose. I looked out, and recognized many of the faces. It was the best reunion of family, and friends possible and an intimate space to fill with music. I looked at my bandmates and thought how beautiful it is to be on this path with all your companions, following your dreams and seeing them come true through the hard work that you love to do. After our set, I weaved my gear cart through the festival with my son riding atop, floating on our own little cloud, high fiving everyone. As I walked back in from loading up the gear, I saw a scraggly, slightly toothless man with his finger in the air, and remembered I had an extra pass in my pocket. I tossed him the bracelet, which seemed to float onto his wrist. He danced into the show ecstatically, but knew I had been given the miracle.

As the sun waned, Lord Huron took to the HighTide Stage, billowing cool smokey vibes like lake ice thawing in the hot beach sand. Michigan born lead singer Ben Schneider in his Nudie style suit looked like an overworked ‘70s TV evangelist, lifting his tired eyes to the crowd like Jesus in a crucifixion painting, his understated vocals seeking comfort in the unyielding tight harmonies that padded it at every turn, droning into the minds of listeners. I was wondering how it’s possible to look so cool and bored at the same time when he suddenly donned a skeleton mask, transforming himself into the fabled Ghost Rider, and transfixing the crowd. They rode us into the early evening sky above a desert spirit world of ambient Americana. Lord Huron’s song “The Night We Met” is a modern classic that will stand the test of time with its impossible, lovelorn nostalgia.

Sheryl Crow was a glimmer of sunshiny, country soul. Her graceful poise makes it hard to reconcile with her bouncy beach girl stoner attitude, which just added to her charm. Her warm approachable music is like a hug from a best friend. She performed her hits along with her new song “Forever,” which had never been played live before. It was beautiful, and plaintive yet full of wisdom, and motherly love.

“I know there is a heaven because you make me feel that way,” she sang, assuring us of her truth over a mixolydian acoustic guitar run that hinted of Cat Stevens. She is a song machine that has many many miles of winding road ahead.

The last day of a festival always feels the best. You feel comfortable, you know your way around, and you’ve gotten your rocks off already. You’re relaxed with no expectations. It’s the perfect mindset to take it all in, and to celebrate. As twilight settled in, The Steve Miller Band took the stage. Steve Miller is the real deal. He’s not only a living legend, but a modern performer who is possibly at the top of his game right now. The combination of unforgettable classics, and his rock guitar leads are what makes mainstay mastery. Performing classic rock jams from his greatest hits in front of the iconic rainbow pegasus backdrop by psychedelic rock poster artists Stanley Mouse and Alton Kelley, Miller and his band were the ideal end to the third BeachLife Festival. He closed with “The Joker” and generously added at least three extra choruses for the 10,000 happy souls singing along. I sang along to the song that I’ve covered hundreds of times and smiled to myself as I realized my wildest teenage daydreams had come true. I had surfed in the morning and rode my bike down The Strand to play music at a rock music festival. Hell, even weed is legal. Now that goes beyond my wildest dreams. ER