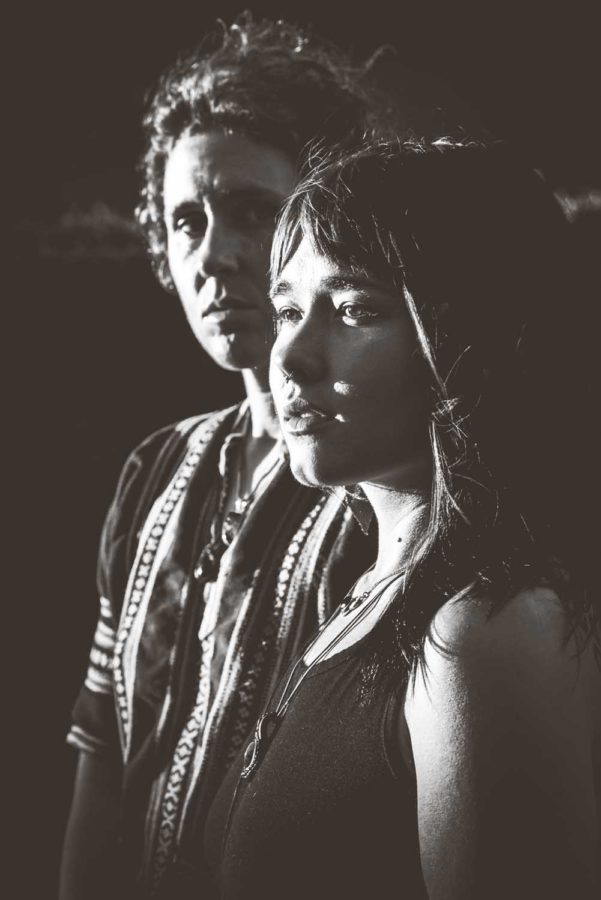 “The Basques are noted for their love of singing. ‘On chant comme un Basque,’ You sing like a Basque, is a French expression for someone who sings loudly, well, and often.”

Mark Kurlansky, “A Basque History of the World.”

Among the scattered tribes of the Earth, few are quite so mysterious as the Basque. They have lost their country several times over, most recently to the French and the Spanish, and though their mountainous homelands are in the midst of Europe their language is completely unrelated to any of the surrounding romantic languages. Some scholars believe the Basque are the original Europeans.

But for a nation-less people, they have pulled off a miracle: their culture, reflected in the richness of their cuisine, music, and art, has remained vibrant through centuries of invasion and occupation. Basque culture is a collective act of defiance,  an ongoing reminder of the indefatigable persistence of their national identity.

Last month, Chef Bernard Ibarra, originally from the Basque Country, was serving as a guest chef at Farm Lot 59, a non-profit, biodynamic farm in Long Beach. A band named Bearcoon was playing at the event. Their lead singer, Solange Kaye Marie Igoa, is from the Basque community in Bakersfield. Igoa and Ibarra had never met before. She happened to see his name on the menu and immediately recognized his surname as Basque.

When Igoa took the stage, she sang a Basque song called “Hegoak.”

“That song is about a bird, but essentially about the character of this bird….about this bird that is very free and wild and how it is a struggle to love a creature that is wild and free,” Igoa said. “But you wouldn’t love the bird if it wasn’t who it was. So all the things that are hard about loving this creature are also what you love about it.”

“Hegoak” is also a metaphor for the Basque people. It would have been easier to give in, to only call themselves Basque and subsume their culture to their occupiers. But then they would not be truly Basque. And so they have fought to remain themselves, to be free within their captivity as a nation, for centuries.

As Igoa sang, the words of “Hegoak” drifted back through the kitchen, where Ibarra was working. He momentarily thought he might pass out.

“I lost my balance,” he said. “I was working and all of a sudden those lyrics came to my ears. I was not expecting it at all. I mean, I was cooking. I thought, ‘Am I dreaming?’”

Ibarra left the kitchen, and walked through the dining hall towards the stage, singing along, tears blurring his eyes.  Igoa’s grandfather, who immigrated to Bakersfield a half-century ago, shares Ibarra’s first name, Bernard. But their real name —  which neither could be called growing up in the Basque Country, where even the language, called Euskara, has political implications —  is Beñat.

Igoa called the chef by his true name. He was stunned. “Everybody always thinks I am Spanish,” he told her. “I am Basque.”

Being Basque means eating well and singing loudly. Both Ibarra and Igoa’s grandfather shared something beyond their name; each sang so emphatically in Basque choirs as boys that they broke their voices. Each cannot help but still sing, but never again loudly.

Igoa has no such limit. She sings like the wind. Bearcoon is a duo, featuring Igoa as lead singer and Andrea Walker playing guitar and singing harmony; they don’t usually perform Basque songs, though sometimes they slip one or two into a set. If you had to classify the band by genre, you’d call it folk. Bearcoon came to some prominence shortly after forming in 2014 when they won Buskerfest in Long Beach, and in performance, there is still something of the urgency of street performing in their delivery. But it’s as if they are somehow performing on more ancient streets. There is an old sound in Igoa’s voice, and ghosts in Walker’s guitar.

“I definitely think my style of singing is highly influenced by the fact there is specific sound —  Basque men have a specific timbre and sound, and Basque women have another specific sound and timbre,” Igoa said. “Most of the time you hear women singing in Basque bands, they have very pretty but gruff voices —  pretty and gruff at the same time.”

Walker is a classically trained guitarist who grew up immersed in blues in the American South. Her playing, mostly fingerstyle, is intricate and soulful. Igoa started singing at age four and began performing in her father’s Bakersfield-based Basque band, Amerikanuak, at 12. She performed in musicals in high school and has been a devoted fan of Barbra Streisand as long as she can remember. Her singing thus possesses both the rawness of her Basque upbringing and the refinement of theatrical singing.

“It’s definitely morphed,” she said. “The Basque thing first, then growing up in high school and doing musical theater, which is more serious and precise and very articulated…As I’ve gotten older, I kind of let all that go to the back of my mind and just started to sing from my own feeling and developed my own thing.”

The band honed its sound through two years of living on the road. They traveled the country in a 1992 Chevy G20 conversion van, finding gigs as they went. They spent part of one wet winter in Portland, Oregon, and the van’s leaky roof resulted in a mold infestation. The van had to be entirely taken apart and put back together with a little help from Igoa’s father in Bakersfield, which also meant Walker got to experience the deep old Basque culture of that area, where the Basque began settling around the time of the Gold Rush. The band’s second album, perhaps not coincidentally, is called “Laminak”, which is the name of mythical creatures in old Basque stories.

“Those are the Basque version of nymphs who sit at a riverside combing their hair with beautiful combs,” Igoa said. “They are very beautiful maidens, but they have duck feet. They are duck-footed maidens. So it’s kind of funny for us.”

On Sunday night, Bearcoon will perform at A Basq Kitchen on the International Boardwalk in Redondo Beach, and Ibarra will prepare a special feast of Basque food to accompany the show. Bearcoon will sing all Basque songs.

The night will be a celebration of the survival of Basque culture. Ibarra notes that without these old songs, the Basque people themselves might no longer be Basque.

“Songs are not taken lightly,” he said of his native land. “They are part of the culture. Without songs, I think the Basque culture would regress, and the songs are also a big part of the language’s survival.”

Igoa is a living example of this. She isn’t a fluent Basque speaker, but she knows the language from songs. “Sometimes the language is not passed down from parents to kids, but even if you don’t know the language fully, the songs are in your heart,” Ibarra said. “They are a part of you.”

And like “Hegoak”, many of the songs are both poetic and subversively political.

“That song, to me —  it means either you can settle for something less than what you want, say independence and culture, and instead just have it in name,” Ibarra said. “You can have the name of Basque Country and be satisfied with it, or you can push further to have the culture fully part of us on a daily basis.”

“Most of the songs, like ‘Hegoak,’ can be received both ways —  they can be very romantically meaningful and very deep in your heart, but at the same time can be taken in a very political way. So the songs give you a message, and a reason to still believe in something, to open your mind and wonder.”

Bearcoon play at “A Full Moon Feast” at A Basq Kitchen (136 N. International Boardwalk, Redondo Beach). A special set menu will be offered with house wine for $65;  a full la carte menu will also be available. Call 310-376-9215 for more information. To learn more about the band, see Bearcoonmusic.com.