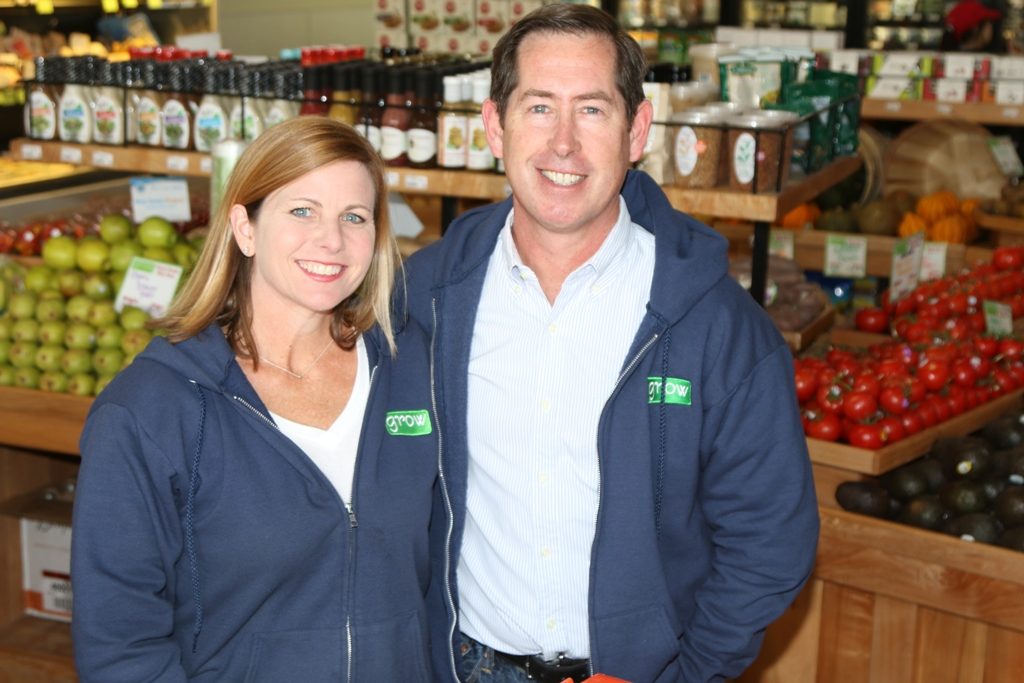 The story has by now been oft-told how in 2003 a little boy named Brendan Fisher, freshly arrived from the Central Valley to Manhattan Beach, wanted a boogie board. He made a deal with his parents, Barry and Kathy Fisher, that he’d raise half the money himself; his father was in the agricultural export business, and so Brendan obtained some of the best cherries grown in California and sold them on a sidewalk. People went so crazy for the cherries that the Fishers were inspired to open up a storefront, called Grow, in 2006. True to its name, the little shop on Sepulveda kept growing. It started with extraordinarily fresh fruits and vegetables coming directly from a network of growers Barry Fisher had cultivated, by 2017 Grow was twice as big —  with a second location in Los Angeles, as well as a delivery service — and jammed with everything kind of product one could expect at a large supermarket, only carefully curated with an emphasis on organic and sustainably produced goods.

Grow has dominated the BOB produce category for years. “I think a big aspect of it is we are locally owned,” Barry Fisher said. “But also, being smaller, you can listen to your customers, and you have the flexibility to make changes quickly. In our space, grocery, it’s constant change, so if you can’t make changes quickly you are not going to be around.”

And whatever happened to the boy with the cherry stand? He just went off to college last year, and within five days his dad received a phone call, asking for some real food. “So much for the meal plan, which was already paid for,” Barry Fisher said. “But as much as that was to some degree frustrating, I’m pretty happy to have raised kids who talk about how to eat, who have very discrimating tastes. I think the appreciation for food has increased. We see kids in here all the time with their parents, and it’s pretty neat to see families grow and be a part of that. In this day and age, when people are just trying to eat as quickly as possible, we hope our business has helped build a foundation that some kids can take with them the rest of their lives.”