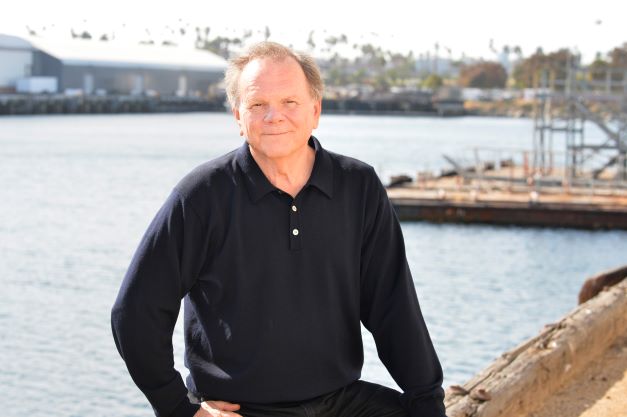 The architect of some of California’s groundbreaking climate legislation plans to convert a 35-acre campus at the Port of Los Angeles into a premier ocean research, and start-up incubator for the ocean-based blue economy.

“We are to the blue economy what Silicon Valley was to information technology in terms of innovation,” said AltaSea CEO Terry Tamminen, who took the helm of the non-profit in January.

It isn’t the first time officials have touted the job-generating potential of the public-private institute, which was launched in an abandoned warehouse in 2014. “AltaSea is going to be our Google here in the harbor area,” Los Angeles City Councilman Joe Buscaino said at the time.

Last year, Tamminen came in as a consultant to “refresh the business plan” and help with the transition. The environmental activist not only impressed the board with his expertise in marine conservation, climate change and renewable energy, but his fundraising prowess as well. He was seen as the shot of adrenaline AltaSea needed, and was offered the CEO position.

“Terry is a humble guy with unremitting energy who pulls into the campus every day driving his hydrogen powered car,” AltaSea’s Robin Aube said. “He genuinely cares about the future of the Earth.”

He has already secured $12 million in funding — $6 million from the state and $6 million from the Port of Los Angeles – for campus renovations and has lined up 30 tenants. They include start-ups that will study the use of kelp as a food source, and as a biodegradable plastic substitute  – think kelp sneakers – while developing drones for underwater exploration, and harnessing wave energy for electricity.

The concept was conceived in June 2012 at the United Nations Conference on Sustainable Development in Rio de Janeiro, Brazil. The World Bank defines the blue economy as the “sustainable use of ocean resources for economic growth, improved livelihoods, and jobs while preserving the health of the ocean ecosystem.” 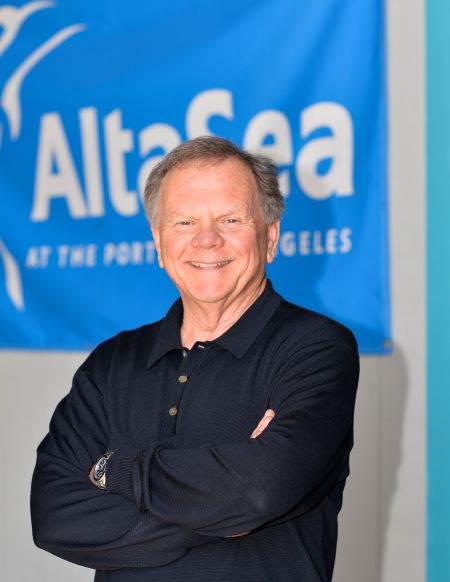 Born in Milwaukee, Tamminen’s love of the ocean was inspired by the 1950s television show “Sea Hunt,” with a wetsuit-clad Lloyd Bridges as seagoing adventurer Mike Nelson.

“I wanted to be this guy who got to go to work in the ocean, and had no visible means of income or support,” he said.

His family moved from Wisconsin to California. For his 12th birthday, his parents signed him up for a scuba certification class, which culminated in an ocean water dive off Rocky Point in Palos Verdes. The underwater experience changed his life.

“Finally, I’m in the kelp beds that I’d seen Mike Nelson in, and it’s in color,” he said. “Orange fish, red and green algae, purple urchins, it was just mesmerizing. They couldn’t get me out of the water.”

Tamminen’s work history includes stints as a sheep ranch manager in Australia, condo salesman in Florida, and owner of a pool company in Southern California. He even took to the Shakespearean stage for a while. Then Tamminen had what he calls a midlife crisis.

He knew what mattered – the environment, the ocean – but wasn’t sure how to put his beliefs into action.

In 1991, with support from the late Disney President Frank Wells, Tamminen started the Santa Monica Baykeeper and began challenging polluters.

Polluters were easy to find, from small boat owners who threw paint into the ocean, to big polluters like the City of Los Angeles who dumped sewage into the Bay. Having no policing powers, Tamminen handed out fake tickets to the polluters.

“Here comes a guy in a patrol boat that’s got a logo that looks vaguely ‘police-y,’ and we had uniforms. I’d give them a ticket and say don’t do it again,” he said.

Then he would share the information with the Harbor Department or Water Board so they could keep an eye out for repeat offenders. He also replanted kelp off Palos Verdes.

“Even if we clean up the ocean in our area 100 percent, if the ecosystem doesn’t come back, what’s the point?” Tamminen said.

His activism caught the eye of conservationist Robert F. Kennedy Jr. who introduced him to Arnold Schwarzenegger.

The former water cop helped write then-candidate Schwarzenegger’s environmental platform during the 2003 recall election of Gray Davis,  promising to cut air pollution in half and put solar panels on the roofs of millions of homes. The new governor appointed Tamminen head of the California Environmental Protection Agency and touted his ability to get things done across party lines.

“Terry played a very critical role in launching some of the most successful and progressive sustainability initiatives we created during my time as governor,” Schwarzenegger said in a statement when Tamminen was appointed AltaSea CEO. “Without his guidance, California would not be the worldwide leader in environmentalism and sustainability it is today.”

Tamminen went on to head the Leonardo DiCaprio Foundation, and authored several books. In 2008, “The Guardian” ranked him No. 1 on its “Top 50 People Who Can Save the Planet.”

Returning to AltaSea, just miles from his first dive, is a full-circle moment for the 70-year-old visionary. He’s now focused on securing funding for the next stage of AltaSea’s development. He  said he has lined up investors “waiting to pour money into these companies.”

He’s not worried about the lack of hype for the blue economy.

“Silicon Valley started out with graduates from Stanford and Berkeley, guys named Hewlett, and Packard, and Steve Jobs. Nobody had heard of these people,” he said. “They went to their parents’ garages and started building their prototypes.”

“We’ve got USC, UCLA, the community colleges, the CSU’s, and I’ve got a bigger garage.”