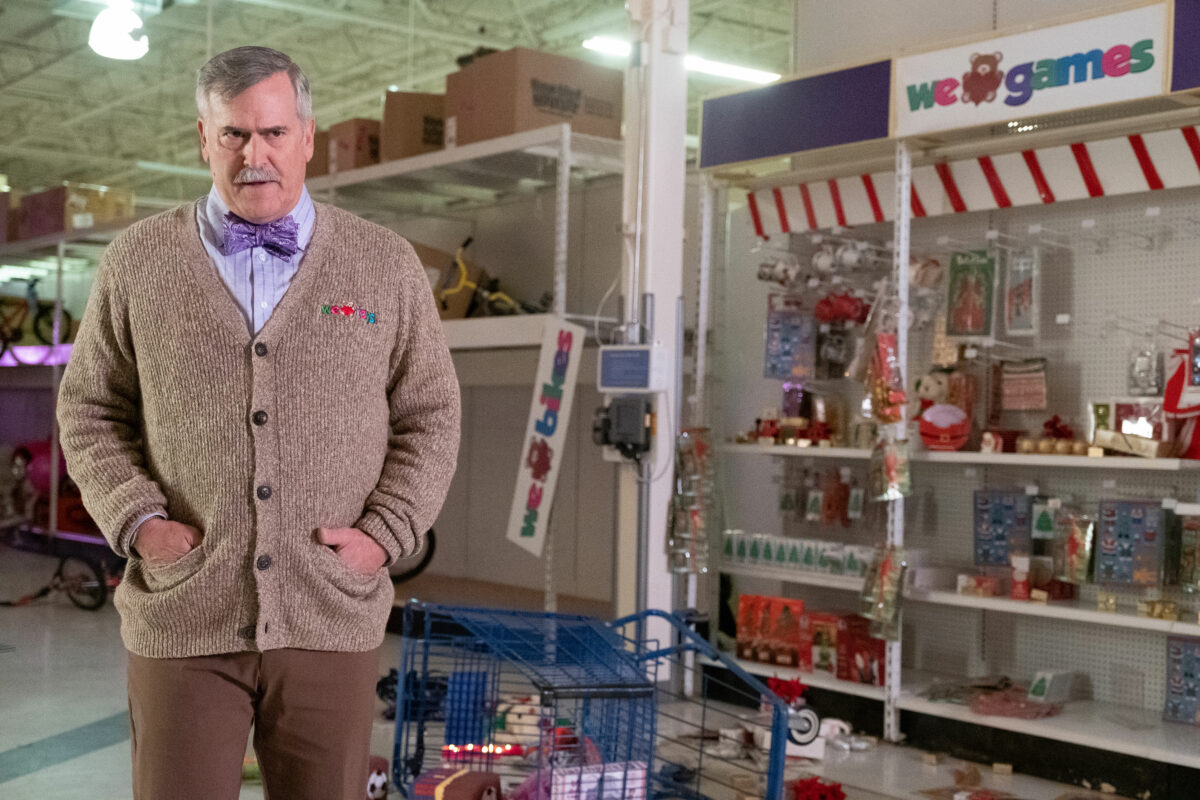 Platforming off the horror genre, this clever, often hilarious film is effective until it collapses under its own weight. But until it does, it’s a fast, funny, and engaging ride.

It’s Thursday night and the customers from hell have already begun to line up outside We Love Toys in anticipation of the midnight opening. Emily Post’s etiquette is not being observed.

Against a backdrop of a Frank Sinatra melody, the store security guard makes his rounds in the pitch dark store prior to the arrival of the hapless employees who have drawn the short straw and must work the Black Friday shift after Thanksgiving for the giant sale that will soon begin. He finds an amorphous, ectoplasmic pile of goo on the floor that needs cleaning. Beginning the onerous task, the amoebic form reaches up, grabs him, and spits him out as a transformed zombie-like monster.

Grumbling about missing family celebrations and dreading the onslaught of customers already lined up outside the entrance, the employees arrive and start to prepare. The back room at We Love Toys is a veritable hive of immature animosity, divided by the winners and losers, as defined by management. Chris, Ken, and Marnie are stuck; too good for this job but unable to land another. Archie could care less. Brian, the junior manager, wields his power like a cudgel, punishing Chris for sheer sport. Marnie and Ken flirt; Chris whines; and Archie just does his job and avoids the politics.

The store opens, the hoards invade, and soon one of the shoppers from hell makes her way to the storeroom where she will be attacked by the transformed security guard. What those two have is beyond an infectious disease and soon all the customers go from figurative to literal beasts from hell trying to consume the sales staff in typical zombie fashion.

The crisis brings the reclusive store manager, Jonathan, out in the open. The staff sees that drastic action must be taken against the shoppers but Jonathan lets them know that this is unacceptable. It will affect sales and the optics would be bad. He is soon overruled when the zombie-like population traps them. 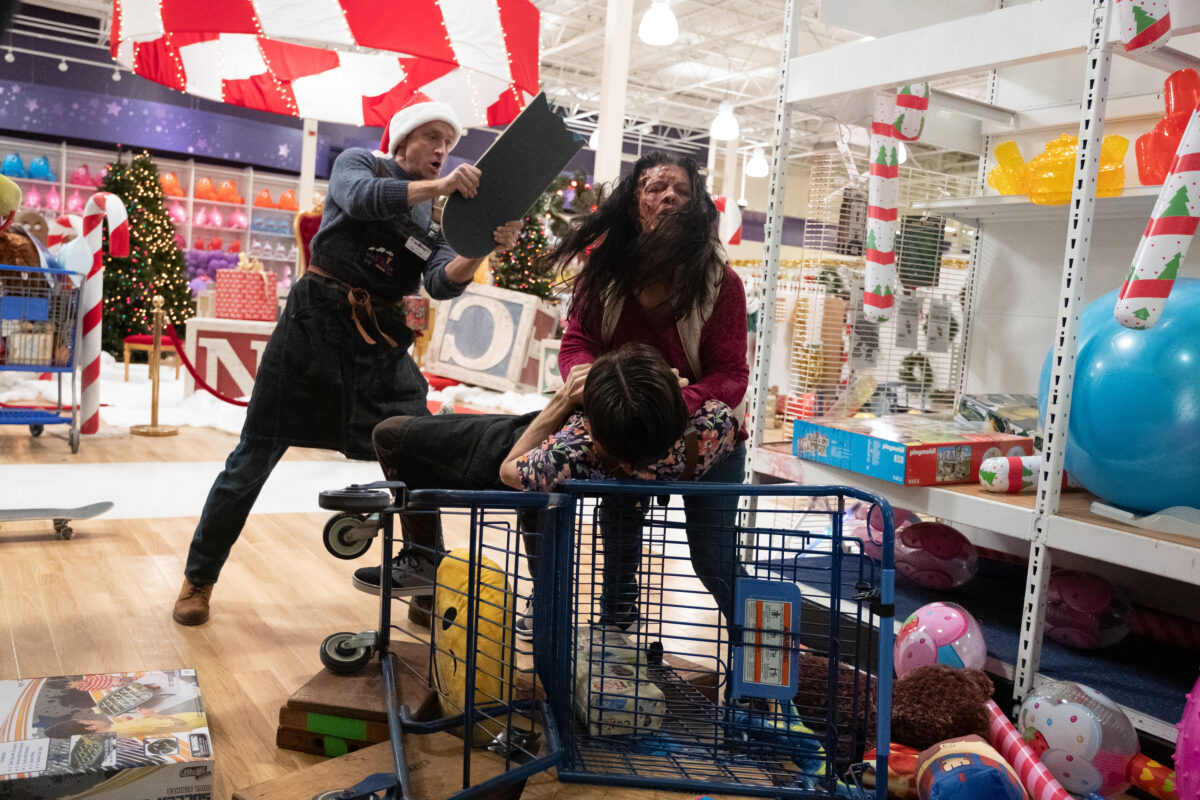 Director Casey Tebo keeps things going at a very fast pace and writer Andy Greskoviak has given him a lot to work with. The dialogue is funny, the action borders on slapstick. Unfortunately they were unable to find an ending to the mayhem. But until they do, it’s a fun ride that plays on all the horror tropes and the brilliant double meaning of the term “Black Friday.”

Helping enormously is the cast, all of whom play it straight, heightening the humor. Devon Sawa as Ken, Ivana Baquero (“Pan’s Labyrinth”) as Marnie, and Ryan Lee (“Goosebumps”) as Chris give the film its stable backbone. Stephen Peck as Brian the vindictive supervisor is hilariously over-the-top. Anchoring the film is Michael Jai White, the assault weapon carrying store employee as superhero. Don’t ask where he got the weapon, but it does come in handy.

The primary reason for watching, however, is Bruce Campbell (“The Evil Dead” trilogy) as Jonathan the store manager. Campbell has never met a role he couldn’t improve or a film he couldn’t steal. And steal this he does as the bow-tie wearing corporate flunky who sees loss of profit as the kiss of death. When he finally actually meets the kiss of death, he reluctantly changes his tune.

As stated earlier, there is no effective ending, believable or not, to this film and Tebo and Greskoviak should not be let off the hook. Still, all in all, it’s fun while it lasts.