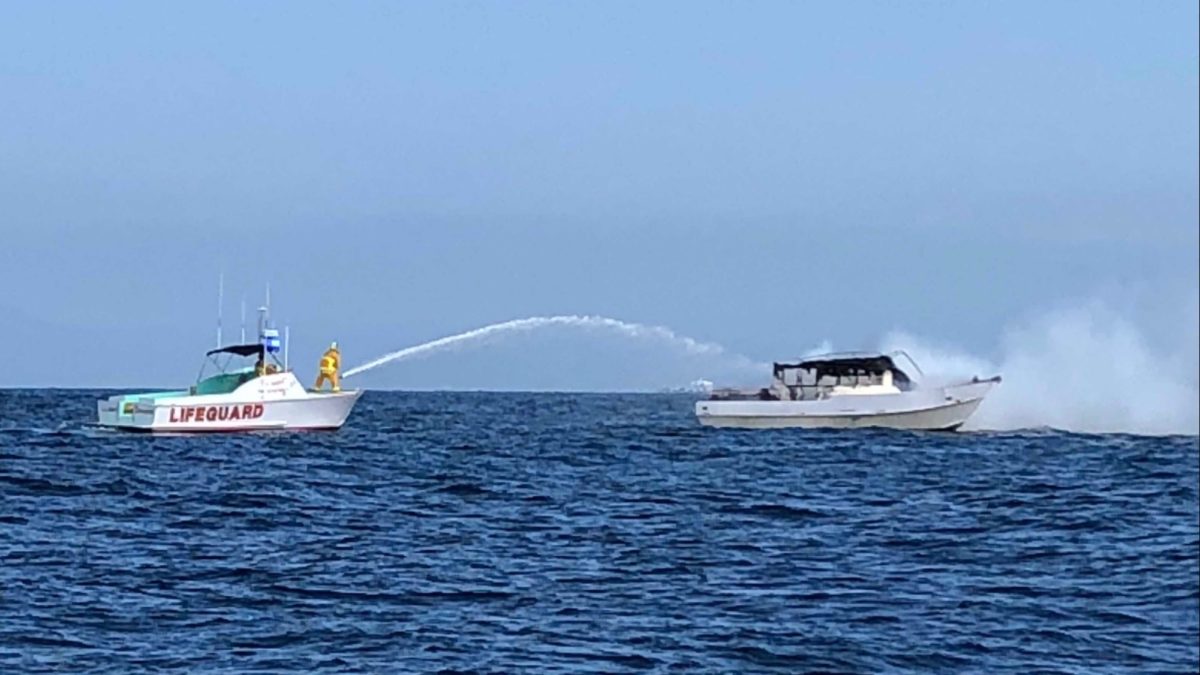 A Baywatch boat works on putting out a fire aboard a power boat off the PV Coast Monday morning.

A Baywatch boat works on putting out a fire aboard a power boat off the PV Coast Monday morning.

Both the Baywatch Redondo and the Baywatch del Reyresponded to a report of a boat in flames at 9:36 a.m., according to ocean lifeguard specialist Jeff Hart of the LA County Fire Department’s Lifeguard Divsion. The vessels were joined by boats from the LA County Sheriffs and the U.S. Coast Guard. The two people on board were evacuated and the flames successfully knocked down, Hart said.

“Two persons on board were rescued and treated for minor injuries,” Hart said. “They put out the fire around 10:30 a.m.”

The boat suffered extensive damage and was towed back to King Harbor in Redondo Beach. The cause of the fire is under investigation.

#Boatincident At 0936 hrs @LACoLifeguards are responding to a 36’ power boat on fire 5 miles off of Palos Verdes Pennisula. pic.twitter.com/lci6I93pHk