Bringing it all back home 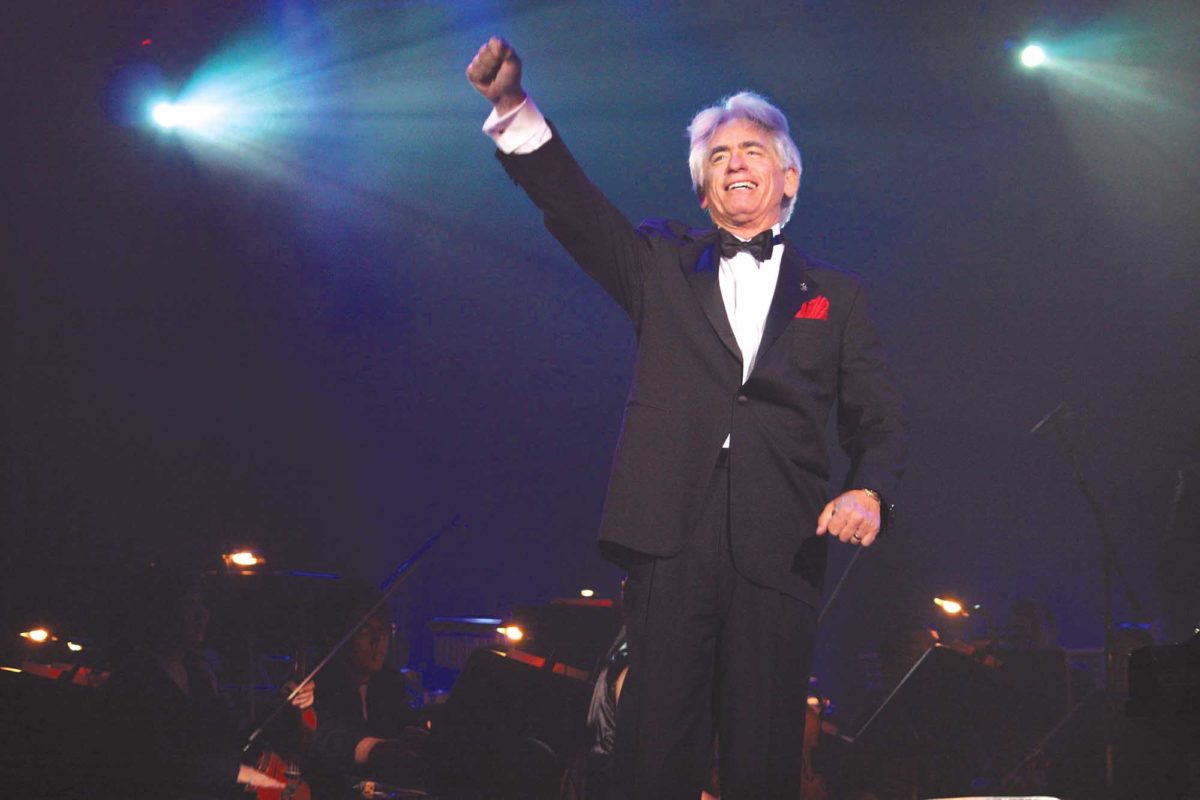 David Benoit’s first gig was at the Polynesian restaurant on the Redondo Beach Pier. It was 1971, and he was 16.

He’d already been playing for a decade. His family’s piano was in his bedroom when he was a small child, and his mother, Betty June Benoit, frequently came in and played. He was inexorably drawn to the instrument and began playing at 6. He started playing with other kids when he was a teenager. A burgeoning rock n’ roll scene existed in the garages of Manhattan Beach at the time, and he was one of the only kids in possession of an electric piano and the ability to play it.

“So I was always busy,” he said. “There was quite a music scene in the South Bay of old.”

Benoit had a fast, rollicking style. He played with the likes of Pat and Jon Dietz, the late, great Kelly Preach, and local legends Karl Grossman and Gary Ferguson. But musicianship, especially in those days, didn’t offer a conventional career path. Benoit had little idea what the future might hold. All he knew was that playing piano was the thing he most loved to do, and so he was going to follow that ride wherever it might lead.

“I think about some of the prodigies out there today who are so brilliant,” he said. “I was never a prodigy. We’d just play ‘Sitting on the Dock of the Bay’ and ‘House of the Rising Sun,’ just jamming in the South Bay. There was nothing very formal or serious about it when I was growing up. The extent of my formal music education was one semester at El Camino College. But it was a good semester.”

He attended ECC in 1972, and it must have been a very good semester indeed. Benoit has since been honored as a distinguished alumni at El Camino, where he will return on June 29 to play a benefit concert at Marsee Auditorium with the Asia American Youth Symphony Orchestra and Grammy-nominated vocalist Oleta Adams.

“It’s a full circle, to perform at Marsee Auditorium, and to come back to El Camino,” said Benoit, who has enjoyed a spectacularly varied five-decade career that has included his own Grammy nominations, recognition as one of the founding fathers of contemporary jazz, work as a deejay with KJAZZ, and work as a conductor with a wide range of symphonies, including the AAYSO (of which he a founder), the Los Angeles Philharmonic, and the London Symphony Orchestra.

Benoit is best known for popular jazz but the setlist he is preparing for his concert at El Camino is indicative of his breadth as a musician. The opening song itself will demonstrates just how unusual his musical path has been. He will conduct the young musicians of the AAYSO in one of the more demanding works of modern classical music.

“Let’s start with Leonard Bernstein, who has been a giant hero of mine,” Benoit said. “One of my favorite pieces in classical music is ‘Candide Overture,’ and I’ve done that before. I just figured I’m going to have fun conducting that. That will open the program. I wasn’t sure if my kids [in the AAYSO) could handle this, but we rehearsed and they worked really hard and sounded really good, so I thought, ‘Okay, if you guys can do this, let’s do it.’”

Benoit plans to play a few of his own songs, including his hit “Every Step of the Way,” and will pay tribute to more of his influences, including compositions by Bill Evans, Dave Brubeck’s “Kathy’s Waltz,” and Vince Guaralidi’s theme to the Peanuts cartoon, “Linus and Lucy.”

In the course of that set, in the ECC concert hall, Benoit will traverse the span of his musical life and deepest loves.

“We try to put so many boundaries on music,” he said. “I see that in all the schools —  jazz players over here, classical players over there. You know, violinists never get to play jazz in any of these schools. ‘That is the classical orchestra,’ and then you have the jazz ensemble, and the marching band. I’ve always thought there were two kinds of music, good and bad, so why not?” 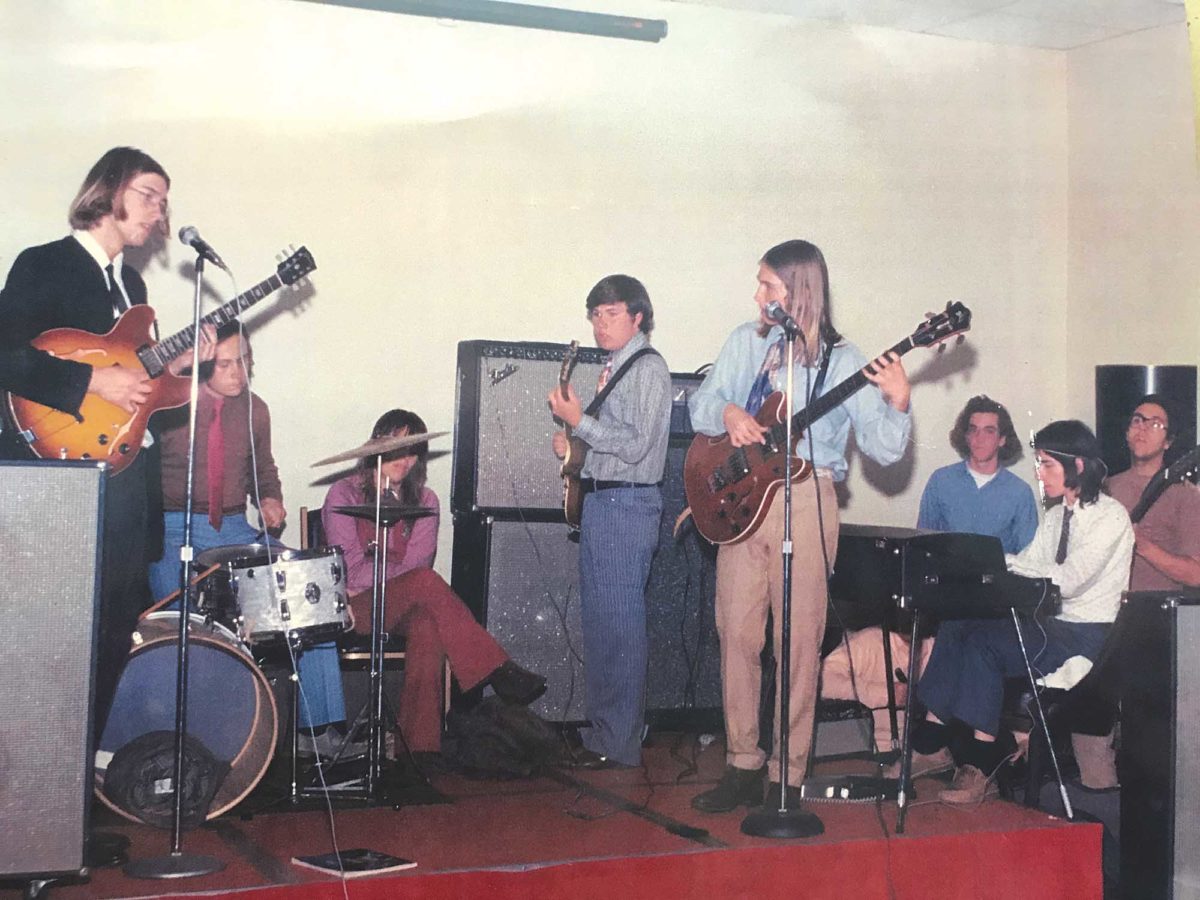 “My heroes have been musicians who did both classical and jazz. Andre Previn was one of the great examples; he was a classical and jazz pianist. You know who else? John Williams, he was a jazz pianist before [his famed work as composer for cinema]. And Leonard Bernstein was a jazz pianist, classical pianist, composer, and conductor. Certainly I don’t profess to do any of these things as well, but at least these are my role models, and I’ve got to shoot for the moon. And I’ve sure had a fun career.”

Another hero of Benoit’s was perhaps the last broadly successful pianist to live in the South Bay, the late Paul Smith. He was a jazz pianist who accompanied Ella Fitzgerald and played with Tommy Dorsey and Les Paul, and later in his career became well known as the pianist on the Steve Allen Show.

“He was a big deal,” Benoit said. “He used to play every night in the lounge at the Velvet Turtle [in Redondo Beach]. My mom and dad always took me there, and told me, ‘See, this is how a piano should be played.’ I always looked up to him, and we eventually became close friends.”

Benoit describes his career as an almost unexpected series of musical adventures. He became a music director for the actress Lainie Kazan in 1976. “I kind of faked my way in,” he said. “She asked if I’d ever conducted, and I kind of said yes, but I really hadn’t. I got in trouble a couple of times, but I got to learn on the job.”

The problem was he conducted left-handed, which is almost unheard of and disconcerted those he was conducting. Within a few years, Benoit was conducting fairly large orchestras for work on film scores, and he quickly realized he needed to do more than follow the famed musical adage, “Fake it ‘til you make it.”  He has a gift for both self-education and seeking out good teachers, such as Heiichiro Ohyama, assistant conductor of the LA Philharmonic, and Jan Robertson, the head of the conducting department at UCLA.

“I really wanted to be a legitimate conductor,” he said. “Of course, nowadays I never recommend kids do it that way. It’s all about music schools and there are so many of them, and it’s all about music degrees… But boy, I did it the hard way. It seemed like the easy way at the time, but looking back, how did I imagine I could get in front of an orchestra without a music degree? I thought, well, I’ll just kind of figure it out as I go along. And I did.”

Similarly, he more or less stumbled into a record deal at age 23, and within a few years his jazz career blossomed. He became one of the first stars on the pioneering fusion jazz record label GRP, founded by Dave Grusin and Larry Rosen. He has recorded nearly 40 albums, and charted 25 since 1980; his discography is diverse, with albums ranging from his own orchestral and jazz compositions to tributes to Bill Evans, forays into bossa nova, and an updating of Guaraldi’s music for Peanuts.

His work with the Asia American Symphony began at the turn of the century, when he rescued it from near oblivion and reshaped it from a mostly professional, union symphony into a vessel for educating youth in music. But as is always the case, his role as a teacher has also helped him better retain his openness as a student, and the joy of his art.

“Sometimes I’ll be playing along with the kids on piano and see that excitement, and it brings me back,” he said. “I get that spark, that feeling, exactly like the old days, when I was a kid playing ‘House of the Rising Sun.’”

His work with the Asia America Symphony has also resulted in some of the high points of his unexpected musical journey. In 2008, the AAS played at Disney Hall. Benoit, never one to shy from a challenge, chose to conduct Beethoven’s 9th Symphony.

“I  studied with a private conductor and we studied every note of the piece,” he recalled. “We came to the rehearsal with all of the singers and the full orchestra and we were doing great and it got down to the last bar. And it’s one of the hardest bars to conduct in music, it’s incredibly complicated, and I completely messed it up —  the orchestra was complaining, and the concertmaster walked up to me and she was physically trying to show me how to conduct that one bar. I was up all night before the concert studying and studying, so we got to Disney Concert Hall, I walked up to the orchestra and said, ‘Okay, this is how I’m going to conduct this bar.’ And I conducted it, and I got applause from the orchestra! That’s my happy little story.”

Benoit, now 65, has finally relaxed his touring schedule. He recently sold the home in Palos Verdes Estates that he helped design (Benoit is also an architectural enthusiast) in order to downsize and simplify, and attempted in March to do something he’d never done before and take an actual vacation (naturally, it ended up being a working vacation. He was booked for a couple shows in Europe). He has a new record due out this summer, and other than his work as a deejay and occasional session work, his slate is relatively clear. It’s given him time to reflect a bit on the happily tangled musical path that has led back to El Camino.

“Where I live in Palos Verdes, it’s not like I’m living in Hollywood or the Valley where there are other jazz musicians or studio musicians or people who are in the entertainment business,” Benoit said. “It’s all aerospace or lawyers or doctors, so they are looking at me, like, ‘Wow, you did it, you followed your dream.’ Yes, I did, because I didn’t know what else to do. It’s really true. I wasn’t very good in school. It just seemed the one thing I could do is play piano. I think in a lot of respects, it just sort of chose me, so I just went for it. I was handed a record deal when I was 23 and wasn’t even looking for one. I was just lucky to kind of fall into things, and here we are.”