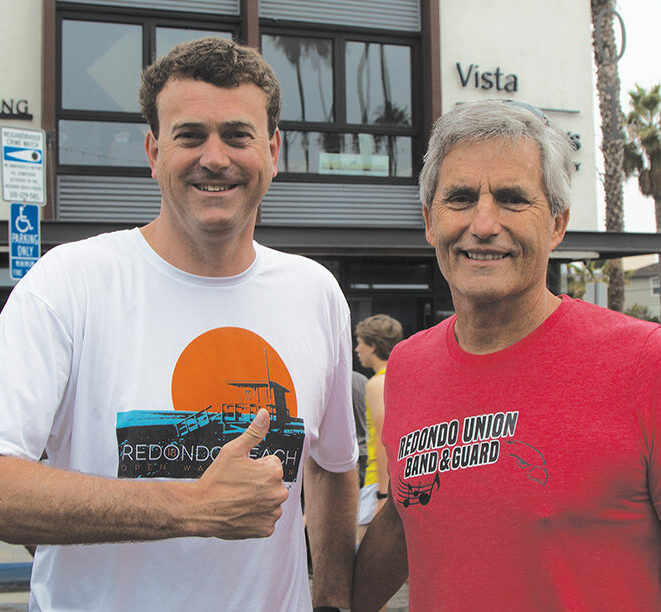 The Supreme Court of California heard oral arguments Wednesday in the case of whether Redondo Beach Mayor Bill Brand, City Councilman Nils Nehrenheim and others deserve to have their legal fees paid for after a 2019 lower court win.

The seven black-robed justices listened, and asked questions, in an hour-long session.

Voisey and Travis are Redondo Beach residents. CenterCal is the commercial developer which worked with the city on a proposed $400 million revamp of part of King Harbor.

Shumener told the court that there was no element of self-gain in the case, such as in a copyright dispute. The plaintiffs’ lawsuit had asserted that Brand and Nehrenheim misled voters about their involvement in a political action committee, Rescue Our Waterfront, LLC, in the leadup to the 2017 public vote that ultimately stopped the King Harbor project.

At the 2019 trial, it was revealed that CenterCal paid the attorney’s fees for the plaintiffs.

“It is false that the developer was behind the work,” Shumener told the state Supreme Court. “The developer was willing to fund the plaintiffs attorneys’ fees. That these people are shills because they didn’t have the money to pay attorney fees is simply wrong.”

Shumener said that who paid is “irrelevant,” describing her clients as two “conscientious citizens who had been politically active for years.”

She noted that the previous court, L.A. County Superior Court, denied summary judgments asking to throw out the case before it reached the trial stage.

Shumener suggested that Brand and Nehrenheim coordinated with resident Wayne Craig in a hidden manner on Rescue Our Waterfront.

“… (There is) a reasonable basis to believe those disclosures were not made,” she said.

She received a fast inquiry from Justice Martin Jenkins.

More questions came from the justices who sought to clarify whether Zimmer was arguing that because the previous judge had ruled so, her clients were in the right.

He stated that Judge Mackey of the L.A. County Superior Court determined that “our clients acted in good faith.”

“This is the will of the people,” he said. “It’s not good policy to allow the Political Reform Act to be weaponized against people exercising their First Amendment rights.”

Chief Justice Tani Gorre Cantil-Sakauye asked a question, and made a statement.

“The trial court made very few findings on frivolousness,” she said, adding that court decisions which “help a lot of people” are often “brought by those who can’t afford to do it themselves.”

“Did (he) find that it was frivolous?” asked Justice Carol A. Corrigan.

Shumener then had her turn at a rebuttal.

She said the legislature has had decades to consider the significance of the Political Reform Act, to this issue.

“The simple fact that (Voisey and Travis) couldn’t pay attorney fees is (not) any evidence of frivolity,” she said.

The session wrapped up just past the hour mark and the justices went on to the next case.

The night before, at a regular Redondo Beach city council meeting, Nehrenheim told of Wednesday’s hearing for the five year-old case.

“We’ve done nothing wrong the entire time,” he said.

A decision is expected from the Supreme Court within 90 days.