Campsurf continues to grow on land and sea in 20th year 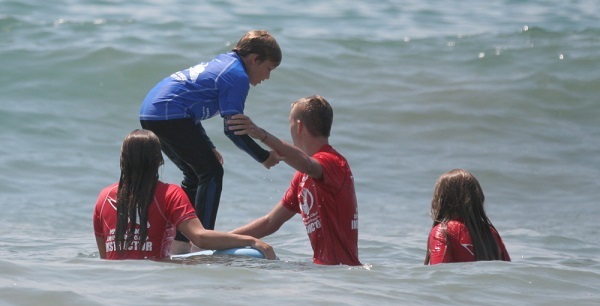 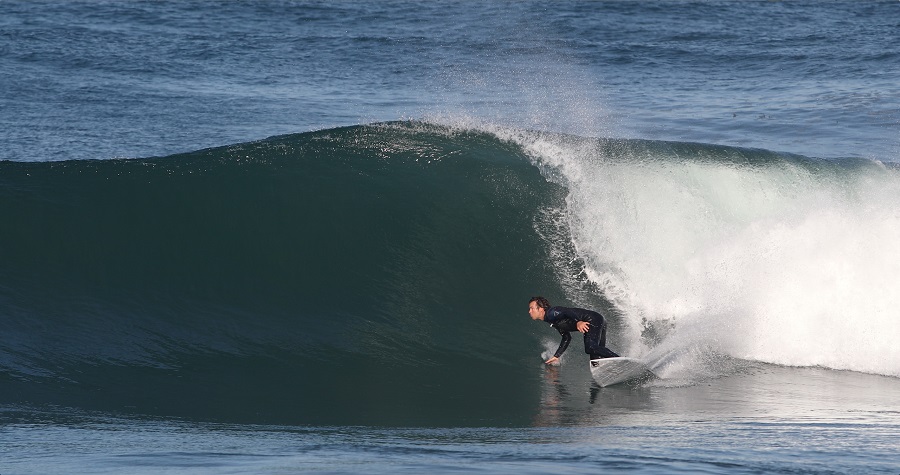 Campsurf’s Chris Brown practices what he teaches last February in Redondo Beach. Saturday in Hermosa, the CBVA will will host Campsurf and Campvolley men’s and women’s volleyball tournaments. Photo (CivicCouch.com)

Seeing a need for quality surf instruction, surfer and lifeguard Jimmy Miller decided to open CampSurf in the summer of 1997.

What began as a seasonal surf camp with private lessons and corporate events, celebrated it’s 20th anniversary this summer.

“Jimmy wanted to make enough money in the summer to pay for traveling the world to surf,” said longtime friend and current Campsurf owner Chris Brown.

The Brown and Miller families had been close for many years. Chris and Jimmy graduated from Mira Costa High School in 1987.

After Miller died in 2004 following a battle with mental illness, the Miller family asked Brown to continue running the program,

“It took many years to grow to the point where now have to turn people away,” Brown said. “We eventually added beach volleyball classes, which follow the same template as the surf camp.”

Campsurf offers a variety of programs including private lessons and videos so campers can review their surfing. 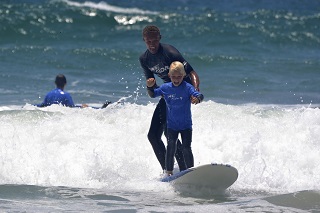 “In the winter, adults traveling from cold-area regions often have on their list of things to is to learn to surf,” Brown said. “In the summer the programs predominantly consist of kids ages 7-13. We also have camps on school-free days and after-school classes. Older participants have the opportunity to learn from professional surfers.”

Professional surfer Alex Gray, one of Jimmy Millers original students, is the best known surfer to come out of the Campsurf program.

Brown is happy to keep Jimmy Miller’s project alive, giving credit to the instructors who are all CPR and First-Aid Certified and experienced surfers and watermen.

“The key to the growth of Campsurf is the quality of our instructors, who have their own methods of teaching,” Brown said. “When campers leave with a smile on their faces, it makes it all worthwhile. Campers to tell their family and friends, who then want to join the fun. We strive to make sure everyone has a good time.”

Brown plans to add a yoga program for kids.

The beach volleyball programs, which include private and semi-private lessons, camps, clinics and classes, are held at the Rosecrans courts in Manhattan Beach.

Brown is President of the California Beach Volleyball Association (CBVA) and sits on the Nominating and Governance Committee of USA Volleyball.

Saturday in Hermosa Beach, the Campsurf (men’s) AA and A, along with the Campvolley (women’s) A tournaments will be held.

“Competition in the CBVA is dynamic, with different age groups playing each other,” Brown explained. “There are some 50-year-old players who have a life goal of earning their B ranking.”

Campsurf has produced many well-known beach volleyball players including Sara Hughes and Kelly Claes, who were NCAA National Champions at USC and are now rising through the ranks of international competition..