A Night in Tunisian culture – and cuisine 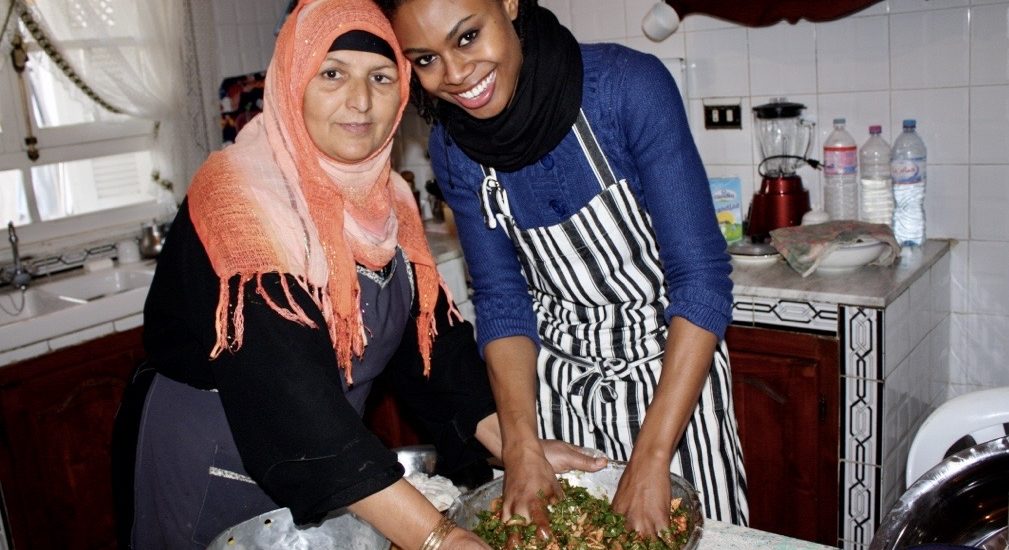 The opening of Barsha restaurant  brought a unique set of flavors to the South Bay, as Adnen Marouani interpreted North African recipes for a California palate. At an event this coming week diners will have a rare chance to sample the originals, courtesy of a special guest chef. This is none other than Adnen’s mother […]

Brunch with a side of exercise [restaurant review]

My passenger knew we were going out for brunch, but as we drove past corporate hives in the Continental Park office complex he got more and more puzzled. “There’s a restaurant here?” he asked as I drove up to the corner of Douglas and Park Place. “How many business offices have you seen with fire […]

When I first heard about Kalaveras moving into Riviera Village, I wondered why they would name themselves after a county in Northern California famous for Mark Twain’s jumping frog. I still wondered that after seeing the decor, which included many pictures of Day of the Dead skull faces. The Internet revealed that both the restaurant […]

Many fine restaurants opened in the Beach Cities in 2019 – but you probably already noticed that. Visiting all of them is an adventure that takes you from modest cafes to elegant, curated spaces, with coffeehouses, grocery store lunch counters, mini-malls, and office parks along the way. As always, it’s a struggle to compile a […]

The two restaurants launched careers and trends, but both will soon shutter

This is usually a quiet time on the restaurant front, when the tourist trade is at its ebb and dinner specials prop up a slow season. That is not the case this week. The South Bay restaurant scene has been rocked by the announcement of the imminent closures of Chez Mélange and Abigaile. (See related […]