Saint Pat Super Show Regardless of the absence of traditional Irish music in a traditional Irish pub, Midnight Lamp shone the way for anyone who forgot how to shake their ass on Saint Patrick’s Day. Sangria’s celebration of our beloved holiday of green debauchery found the Lamp in a different element than they’re used to. This heavy hitting […]

The uplifting ballad of Diego’s Umbrella

This is the story of Diego, his umbrella, a long-dead whistling woman, an elk’s horn, a Jewish wedding, a unicorn and a small troop of well-equipped madmen who wander across the land in search of minor chord women and musical mayhem. It begins, around the turn of the century, with the arm of a man […]

Benoit, Okura hook up at Norris

Prior to welcoming violinist and er-hu player Meg Okura to the Harlyne J. Norris Pavilion stage in Palos Verdes on Saturday night, conductor David Benoit told the audience he found Okura on the Internet. “In keeping with the Asia America Symphony’s mission statement to break down the barriers between jazz and classical music, I was […]

Pennywise to take on the world with new lead singer

I’d just sat down with guitarist Fletcher Dragge and singer Zoli Teglas. Addressing the former but indicating the later, I put forth the question that Pennywise fans could now ask after several months of wondering who would replace the band’s original member and lead vocalist Jim Lindberg. Why him?

“The Soloist” – David Benoit taught Jamie Foxx how to play

“The Soloist” was the soloist at the Norris Pavilion in Rolling Hills Estates on Feb. 20. No, not Jamie Foxx. This was the REAL soloist, the guy who taught Foxx how to (pretend to) play the cello. He’s also the musician on the soundtrack of the hit 2009 movie about a wayward journalist (aren’t we […]

Songs of the Gypsies 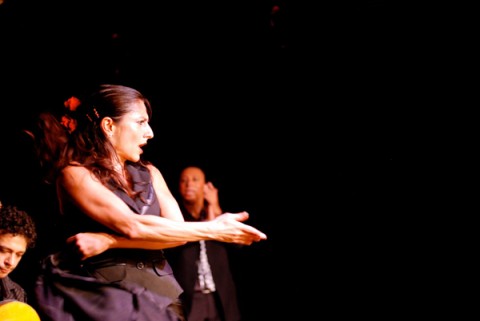 The Los Angeles Flamenco Festival launches this weekend in the South Bay with two nights of concerts at the Redondo Beach Performing Arts Center and an intimate evening at Sangria on the Hermosa pier.

more from Lovesindoom - 5 days ago

Local Spy Store You have the right to know !!

more from ROLLINGROBOTS.COM - 5 days ago

more from Lisa Erickson - 3 days ago

more from Beastie Gym - 1 week ago

more from Beta - 2 weeks ago

Local Spy Store You have the right to know !!