Five years ago, the furthest thing on Melissa Williams’ mind was walking a 5K, let alone running the 3.1 mile distance. But when the 24-year-old, who has fought to overcome childhood obesity, completed the 5K race at the Redondo Beach Super Bowl 10K event on Sunday, it was merely one step toward a loftier goal […]

by Randy Angel Southern California’s largest Super Bowl celebration will begin at 7 a.m. Sunday when the 32nd annual Redondo Beach Super Bowl 10K kicks off with the popular costume judging contest. More than 10,000 participants and supporters are expected to attend the event, giving ample time to recover before the New Orleans Saints and […] 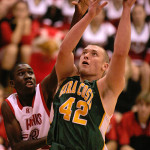 When Mira Costa and Redondo square off this week in the second of two Bay League meetings, the contests in nearly every sport will have playoff implications, adding fuel to the always heated rivalry.

Running G.I. Joe, in conjunction with the City of Hermosa Beach, will hold the annual spring Pier-to-Pier Run/Walk Saturday, March 6 at 7 a.m. Approximately four miles, the sand course goes to the Manhattan Beach Pier and back. Entrants receive a T-shirt, goodie bag and prizes. To register, call 310-318-0280 or visit hermosabch.org. Fundraisers The […] 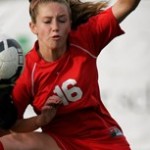 After Mira Costa’s girls basketball team thwarted a Redondo comeback with a 40-29 victory over the Sea Hawks Tuesday at Redondo, the Redondo’s boys team used a 10-4 run to open the fourth quarter in its game, increasing its 44-41 lead to defeat Mira Costa 70-46. Brandon Boyd appears to have fully recovered from the […]