Running American Martyrs School is hosting its 30th Annual 5K Run/Walk Saturday, Feb. 27 at 8 a.m. The race course is a fast, challenging 5K (3.1 miles) through the Manhattan Beach Tree Section. Medals will be awarded to the top three in each age group along with individual and group costume contest winners. An awards […] 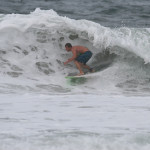 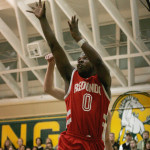 Running G.I. Joe, in conjunction with the City of Hermosa Beach, will hold the annual spring Pier-to-Pier Run/Walk Saturday, March 6 at 7 a.m. Approximately four miles, the sand course goes to the Manhattan Beach Pier and back. Entry fee is $22/runner until Feb. 19 ($30 thereafter). Entrants receive a T-shirt, goodie bag and prizes. […]

by Randy Angel Former Redondo High baseball lettermen are invited to dust off their gloves and cleats, grab a bat and join fellow Sea Hawk players and supporters at the program’s annual baseball game to be held Saturday, Feb. 27 at Memorial Stadium. The popular Home Run Derby begins the day’s activities at 9 a.m., […]

Mira Costa’s girls basketball team kept its undefeated league season alive Tuesday with a 53-39 win over Peninsula. Joelle Herron led the charge scoring 13 points, grabbing 10 rebounds and blocking five shots. The Mustangs are ranked No. 5 in Division 1A while the Bay League second-place team, Palos Verdes, holds the No. 2 spot […]

Kevin Ellison: Bolt from the beach

After a mid-week practice in October, Kevin Ellison sat wondering what direction his team – and his professional football career were going. The San Diego Chargers were coming off a humiliating 38-28 loss to the Pittsburgh Steelers and the former star athlete from Redondo Union High School and safety from USC was having difficulty making […]

Five years ago, the furthest thing on Melissa Williams’ mind was walking a 5K, let alone running the 3.1 mile distance. But when the 24-year-old, who has fought to overcome childhood obesity, completed the 5K race at the Redondo Beach Super Bowl 10K event on Sunday, it was merely one step toward a loftier goal […]