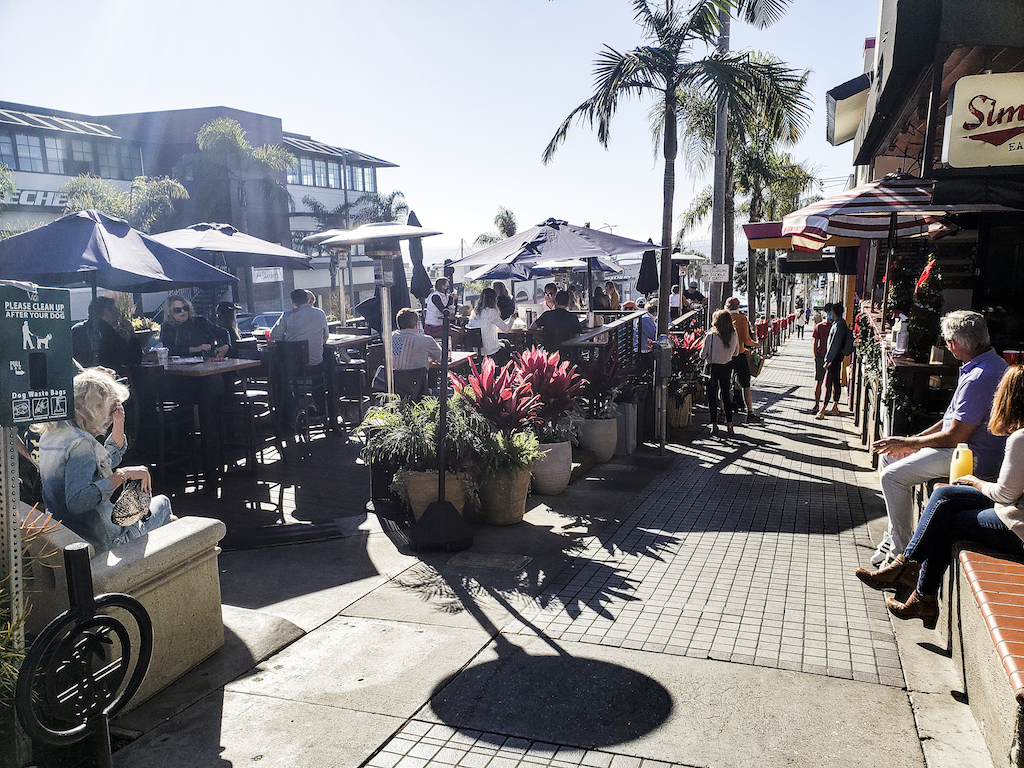 The Manhattan Beach City Council on Tuesday night, in a unanimous vote, ordered the removal of the temporary outdoor dining decks that were allowed in order to help restaurants survive earlier pandemic restrictions.

The decks must be taken down within 10 days of the end of the State of California’s State of Emergency, which Governor Gavin Newsom has announced will end on February 28. But at some point in the near future, the temporary decks will be replaced by permanent decks. A senior planner hired this month will be tasked with overseeing a permanent outdoor dining program. The council has directed that a resident-led task force be established to develop that program.

Mayor Pro tem Richard Montgomery, who along with Mayor Steve Napolitano helped establish the City’s outdoor dining program even before the LA County Health Department had authorized expanded outdoor dining in the first months of the pandemic, emphasized that these particular decks were always intended to be temporary.

“No one doubts this entire council is in favor of permanent outdoor dining,” he said. “We made the deal with every single restaurant —  it’s funny, everyone seems to have developed amnesia about the word ‘temporary.’”

Montgomery said this council would not “kick the can down the road,” and try to hold on to the temporary decks while the permanent deck program takes shape. Napolitano agreed.

“We did know then…that this day would come, where the temporary decks would have to be taken down,” he said. “We can play around and shift those dates around but I don’t see the point at this time because if anything, let it be an incentive to make people work faster to come up with a solution…We’re gonna do our best to address this, but there was always going to be a gap between the time the temporary decks came down and the permanent solution was found. That’s what we are going to shoot for now.” ER