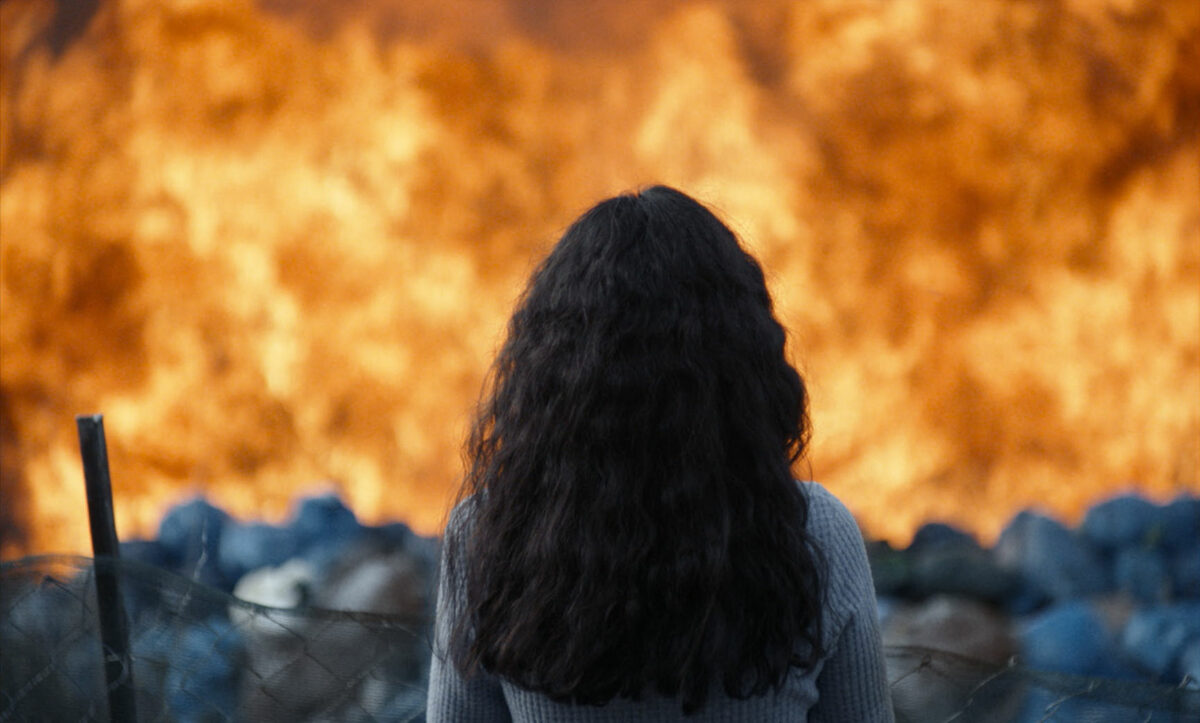 Mounia Akl’s impressive debut feature, “Costa Brava, Lebanon,” ultimately tries too hard, in her own way, to be all things to all people. That’s not to say that she doesn’t succeed because she does, in that “all of the people some of the time”-way. “Costa Brava, Lebanon” works for all of the viewers some of the time, depending on which topic resonates with them. Topics? There are quite a few of them — coming of age, destruction of the environment, political corruption, family dysfunction. There may be others, but those are the ones I focused on.

Akl’s vision reflects the collision course of idealism vs. pragmatism vs. cynicism. It is an ambitious slate and much of it works some of the time, at least enough of the time to keep things moving and interesting. 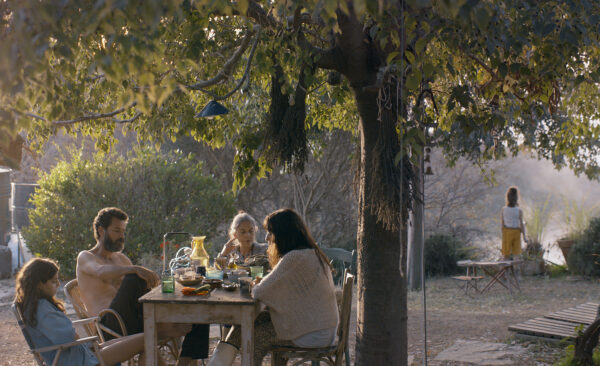 Saleh Bakri as Walid, Nadine Labaki as Souraya with the family in “Costa Brava, Lebanon. Photo courtesy of Kino Lorber.

Walid, a former political activist and journalist, disgusted with life in a Beirut polluted both from the environmental and political corruption, moved his family deep into the pristine, untouched  mountains of Lebanon where he built his dream home. He and his wife Souraya, formerly a famous international singer, live off the land, home school their two daughters, Rim and Tala, and enjoy the peaceful tranquility of the nature that surrounds them. At least that’s how it’s been for the last 10 years.

The Beirut of their present is roiled in political protests about the government’s actions and inactions. With no viable outlets for refuse, trash is being burnt in the streets, services have been drastically cut back due to corruption, bribery is the only method to achieve forward movement, and the president is in danger of toppling. His solution? A grandiose project to remove the garbage of the city into an eco-friendly, uncontaminated, safe, and secure dump that will be created in the countryside. Supported by the environmental protection agencies of many Western European countries, the president marks the occasion with a splashy, televised ribbon cutting ceremony. Walid and family don’t have to watch it on television, however, because the dump site is adjacent to his property, on land his sister was allegedly forced to sell to the government.

Thus begins a battle between David and Goliath about personal space and liberty, power vs. the powerless. Walid, a veteran of multiple head wounds administered at the hands of the police, left the big city because he was tired of battling the system. But unlike his sister Alia, who abandoned Lebanon and moved to Columbia, Walid still loves the Lebanon he believes in. He will not give up his paradise without a fight. But that fight will be all encompassing.

Rifts begin to appear in the family fabric. It is clear that Rim, age 9, is the golden child. Born on the land, she knows no other way of life. She has developed an inordinate fear of the outside world, stoked by her father. In her own, insular view, she believes that she controls outcomes with her obsessive/compulsive counting games. Older sister Tala, 17, has known social interaction. Her burgeoning sexual awareness begins to manifest in ways understandable but dangerous. Tala is lost and has no viable outlets for her curiosity and feelings, especially because she no longer sees Rim as an ally. Craving attention she begins to obsess over the young manager of the increasingly toxic dump adjacent to their property. 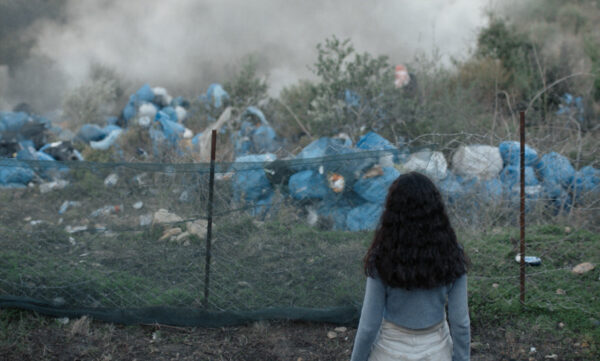 “Adjacent” is an amorphous definition. The mandate given to the government workers digging the holes and bringing the waste from the city is to squeeze out Walid. They begin to throw the garbage onto his land, running their deafening machinery at all hours, and burning the toxic waste upwind toward his property.

The fabric of what seemed to be a strong marriage between Souraya and Walid begins to shred. With the intrusion of the outside world on their paradise, she begins to long for the life she gave up. She fell in love with Walid when they met during protest marches; when he cared about the outcomes and believed in change. She followed him out of the city when he promised a safer and more pristine life. She was ready to give up her fame and her music if it meant that she could find peace and happiness away from the commercial world. Now that the world is encroaching, and given the choice between fighting noise, odors, pollution, and humiliation in the isolated countryside, she would rather face those tribulations back in the city. She is the pragmatist. They will not win.

He is the stubborn, unrealistic idealist who wants to stay and fight, believing he can still triumph. But at what cost? Even though everyone knew from the very beginning that the government is only making a show of environmental concern and will eventually abandon the project, Walid, as the last man standing, will still have lost. The workers may leave but the garbage will remain. This is a metaphor Akl is selling. The garbage will always remain.

Akl offers no solutions, only questions, and perhaps too many of them. Nevertheless, she has given us a full palette from which to work. No answers, no resolutions, just a very good character study of how each individual grows or shrinks under the pressure of outside forces beyond their control.

The cast is uniformly good. Saleh Bakri plays Walid as a benevolent dictator of his own making with a remarkable lack of personal insight. As undbending and rigid as we come to see him, there is always enough vulnerability to offset his lack of empathy. Nadine Labaki infuses Souraya with doubt behind her once-steadfast loyalty. As she reflects with sadness bordering on horror over what she gave up to join in Walid’s vision of Utopia, her spine stiffens and resolve hardens. Labaki takes her from supporting player to star of her own life.

The twins, Ceana and Geana Restom, who play the role of Rim as enfant sauvage, are wonderful. Akl has filmed Rim lovingly, focusing on her beautiful features, emphasizing a maturity that belies her age. Nadia Charbel, Tala, is given less to do and her sexual awakening is done in a perfunctory manner. None of this is her fault but it gives short shrift to her character development.

Joe Saade, the director of photography, made the best use of light and color in emphasizing the two extremes— pristine countryside versus mountainous bags of garbage. Laying waste to the countryside through his lens, you can practically smell the trash in the way he films it.

Opening July 22 at the Laemmle Monica.