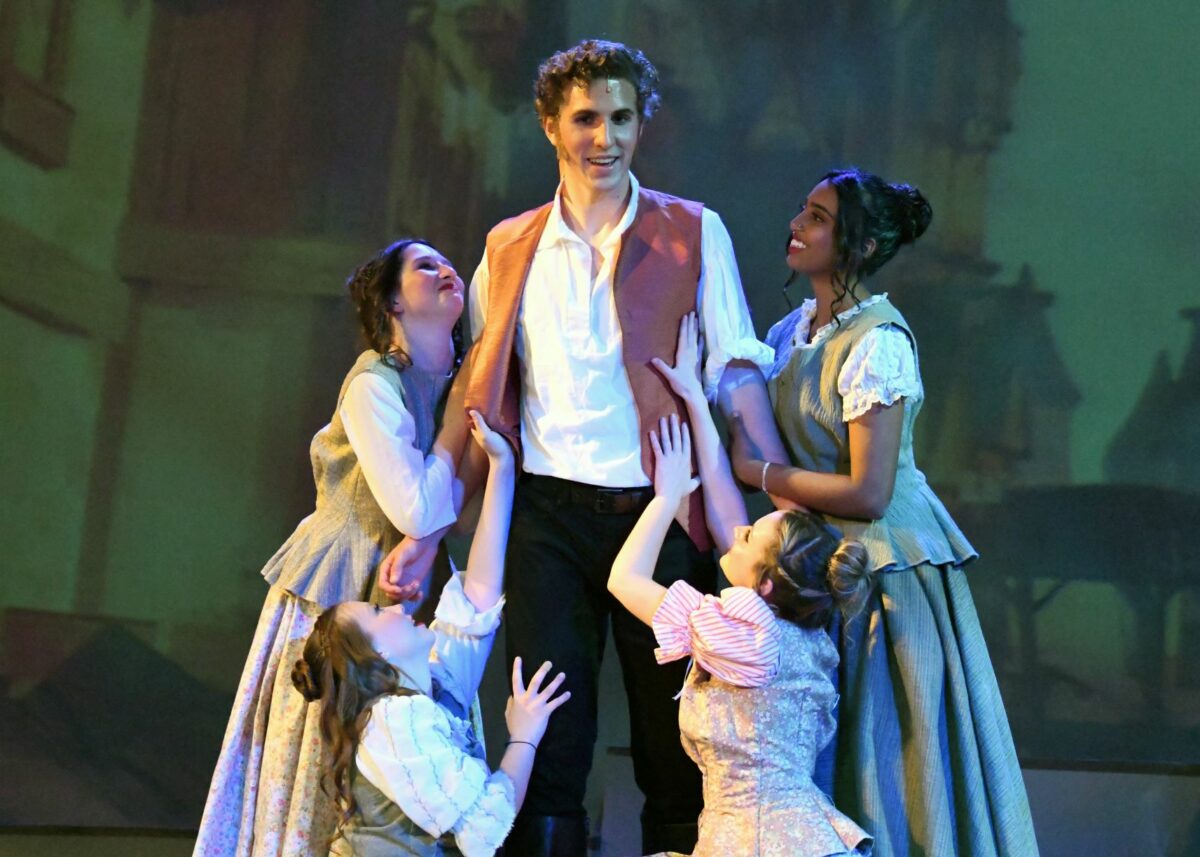 Mira Costa High School Drama triumphantly returns to the stage with a “beast” of a show: the splashy Broadway musical adaptation of Disney’s 1991 animated classic, Beauty and the Beast. Opening night, on Friday, April 22, will be the high school’s first live musical theater performance in three years.

“It takes a lot of work, and I’ve been pulling some all-nighters,” said junior Dean Spurgeon, who plays the Beast. “It’s going to be a great show.”

The elaborate production features a 32 member cast, the Mira Costa Orchestra, and a technical crew to supervise scene changes.

Director Jonathan Westerberg said he chose the family friendly Beauty and the Beast because it has a message of tolerance. The story is about a prince who is cursed to live as a hideous beast until he finds true love. Belle, a beautiful young villager, is a prisoner at his castle. They fall in love, and the curse is broken.

“There is a nice story of tolerance built into this,” said director Jonathan Westerberg. As an educator, he said he deals with “so many different issues related to race, gender, politics, and all of the hatred in our country.”

“We hate what we don’t understand,” sing the townspeople, as they storm the Beast’s castle in the musical’s most climactic scene. At its heart, Beauty and the Beast is about learning to love even what we perceive as ugly or strange. “The musical reminds us that a human being who has the potential to be open in heart and mind can find beauty in different places, and that can be transformative,” says Westerberg.

Junior Ashley Calza plays Belle. She truly has a voice worthy of a Disney princess. Calza stuns in Belle’s famous yellow ballgown which she dons to dance with the Beast. “I want people to appreciate Belle’s realness, and for everyone to see the magic come alive.”

Leads Belle, Beast, and Gaston gave dazzling performances, but also noteworthy are performances of the castle’s servants who were transformed into household objects such as a candelabra, a grandfather clock, a wardrobe, and a teapot. Their performance of showstopper “Be Our Guest” was a highlight.

This is not your typical high school musical. The production quality is professional, the costumes intricate, the voices sublime. Many actors aspire to go on to careers in

musical theater. Their dedication to the craft pays off. “Look at what we’ve created,” says Calza with pride.

The production will run for seven performances over two weekends, closing on April 30. Tickets are now on sale at: miracostadramaboosters.org ER