Diving in an Artificial Way 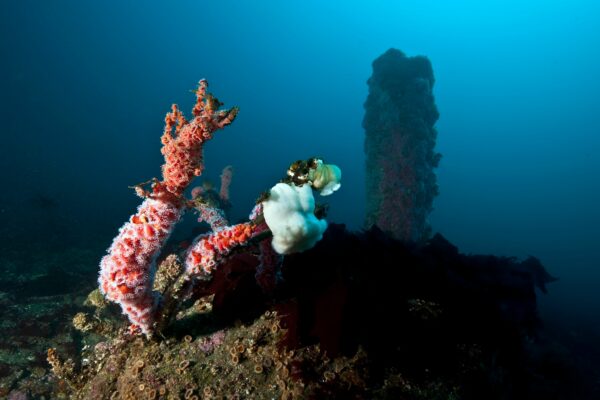 Divers often remark about the wonders of nature they find underwater. Rocky reefs teeming with life. Giant forests of kelp home to a myriad of marine inhabitants. Some of the nicer reefs in Southern California are found in the Channel Islands and the near shore reefs along our coast. 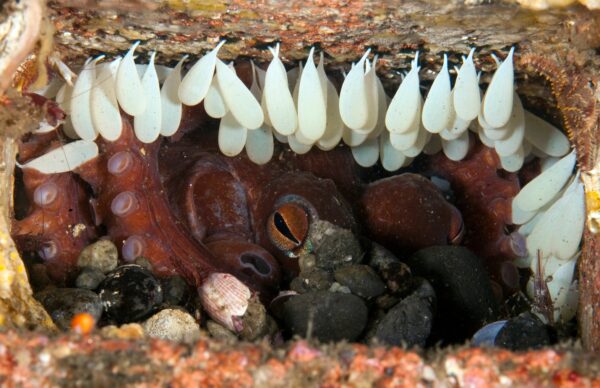 Old timers talk about the way things were when they began diving. Fish were large and plentiful. Lobsters the size of Volkswagons practically crawled into their game bags. While some of those memories may be a bit far-fetched, it is true that fish stocks were disappearing at an alarming rate during the first half of the last century. In the 1950s the Department of Fish and Game began constructing a series of artificial reefs to attract fish and hopefully replenish our dwindling supply.

The first of these reefs was constructed at Paradise Cove in Malibu. The operators of the landing donated twenty old car bodies, which were placed in fifty feet of water in May 1958. Wooden streetcars were sunk off Redondo Beach four months later. Other reefs were constructed of concrete, tires and quarry rock. The cars deteriorated after a short time and it was later learned that tires would release harmful chemicals. Many of the tire reefs have recently been removed. 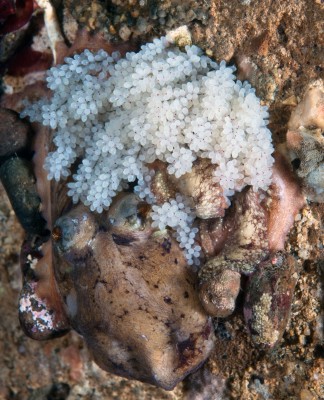 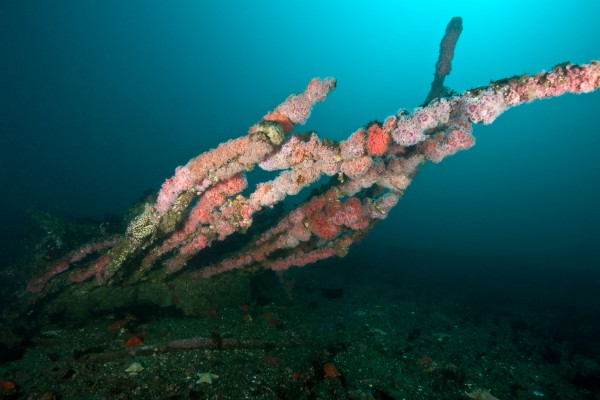 Hopes were high as fish soon moved into the new reefs. Officials learned that quarry rock seemed to attract more fish than the concrete bits, and so the reefs were augmented with rock plies.In 1974 a barge was added to the Redondo Artificial Reef. Larger artificial reefs such as Wreck Alley in San Diego and the Liberty ship Palawan off Redondo Beach with their higher profile in the water attract schooling fish. Smaller reefs made of rock plies and concrete pilings are home to gorgonians and scallops. Halibut can be found in the sand adjacent to the reefs. Lobsters are seen hiding in the concrete boxes and even toilet tanks in several locations. 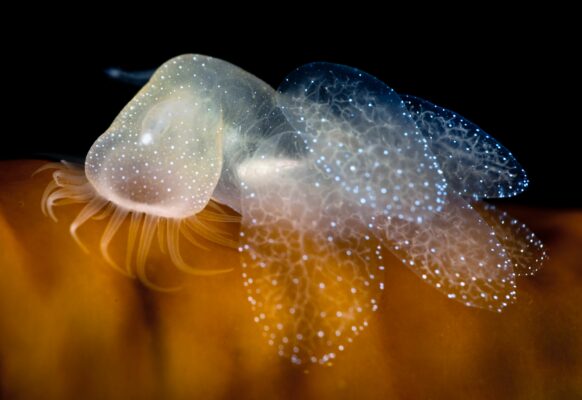 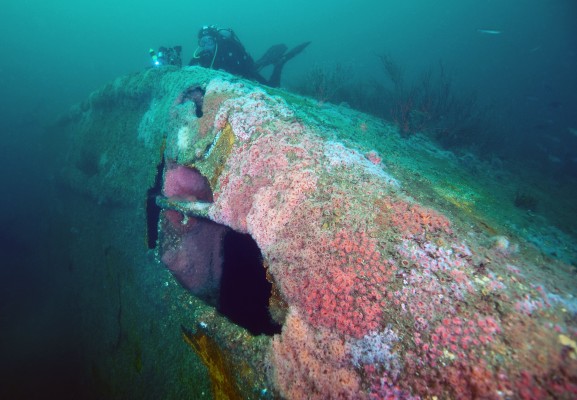 Looking for Mr. Small on the Redondo Barge.

Many of the artificial reefs of Southern California have done well. Most weekends find the Bolsa Chica reef crowded with fishing boats. Some have not done as well. The Redondo reef has few game fish, as does the nearby Hermosa reef, but an unexpected bonus was born for local divers. Invertebrate life has exploded on many of the structures. 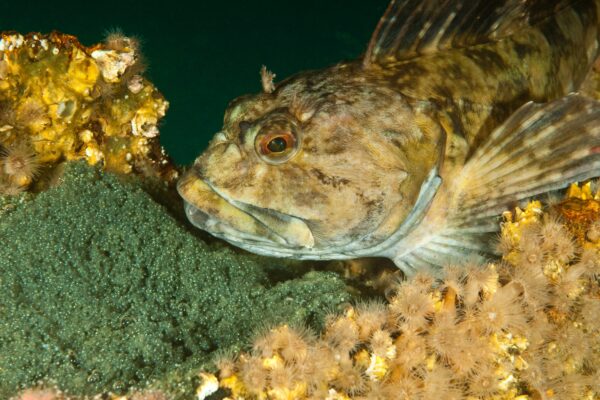 The Redondo Barge in particular is now home to a multitude of life not found near shore nor at any of our islands. Several species of nudibranch, shrimp, snails, worms, sponges and tunicates thrive here. Some of the marine life found here have never been found alive anywhere else. For the underwater photographer, the Artificial Reefs have become a Mecca. 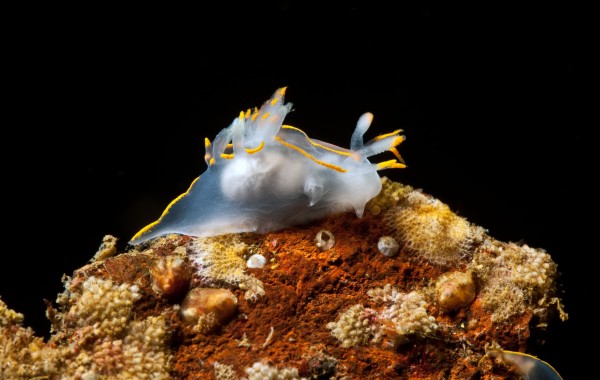 Octopus nest under rocks and debris in the sand. Uncommon animals such as wolf eels and metridium anemones are sometimes found on these reefs. Occasionally Mola Molas show up in large numbers to be cleaned of their parasites by the resident senoritas and blacksmith. Sea lions cavort, and harass divers, especially when you are looking in holes for small creatures. 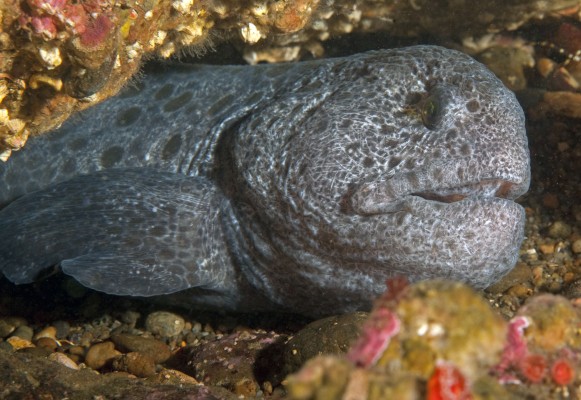 For the curious diver, the diversity of marine life on the artificial reefs offer an endless supply of fascination often less than a mile from the beach. It is a completely different diving experience than anything you will ever see if you never leave the kelp forests. Some of the local dive boats, including the Giant Stride and Sundiver II offer frequent trips to these sites. It doesn’t take Artificial Intelligence to see why.