“Dopesick” – Too much and never enough [TELEVISION REVIEW] 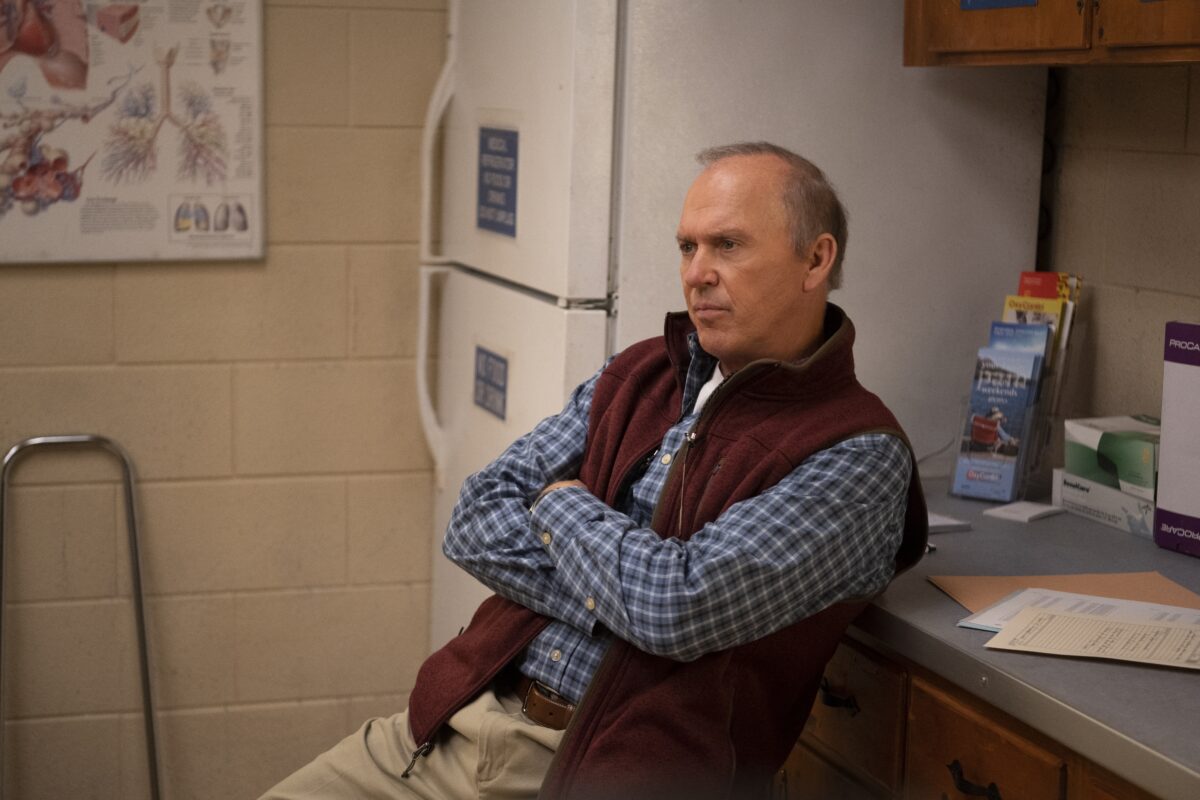 “Dopesick,” the incredible eight part docudrama series, comes from the incisive mind of Danny Strong based on Beth Macy’s excellent book Dopesick (Dealers, Doctors, and the Drug Company That Addicted America). About the OxyContin opioid crisis, this limited series reveals the all too unpleasant truths about greed, government corruption, and illness intertwined with the stories of many who went through the hell of addiction and those who tried to staunch the epidemic.

This is not a new story; it has been relived repeatedly whether through heroin or cocaine addiction. But this one is different because it was fueled by the medical establishment acting as sheep following the advertisements, false claims, and monetary encouragement of one company in particular: Purdue Pharmaceuticals, privately owned and operated by the Sackler family of Connecticut. I have not read Macy’s book but have followed this story in the press for several years and recently read Patrick Radden Keefe’s excellent study of the Sackler family in his well-reviewed book Empire of Pain: The Secret History of the Sackler Dynasty. Alex Gibney’s recent HBO documentary Crime of the Century covers some of the same ground but expands its focus to other companies exploiting the massive loopholes in the drug approval and compliance guidelines. There are few spoilers here but suffice it to say that everything that happens is too little, too late.

The genius in Strong’s “Dopesick” is his successful use of timeframe. Starting in a recent period revealing the ramifications of past actions, whether in DEA meetings, Congressional testimony, or a particular character consequence, the episode will go back to an earlier time frame illustrating either the beginning or middle of an issue that will have an impact on the future of which we have already had a glimpse. This is an extraordinarily difficult technique to pull off and the scripts, primarily by Strong, and the various directors (Michael Cuesta, Barry Levinson, Patricia Riggen, and Danny Strong), all of whom have experience in traditional and non-traditional thrillers of the character variety, do not let us down.

“Dopesick” is seat of the pants, holding on by your fingernails compelling drama. The cast that was assembled for this series, the first seven episodes of which were released for review, are beyond mesmerizing. Leading this group is Michael Keaton as Dr. Samuel Finnix and Kaitlyn Dever as Betsy Mallum, a lesbian Appalachian miner (and yes, all of those descriptors play into the importance of her character), two ends of the spectrum who are the mainstays of an important part of the story. Would someone please give these two the awards they deserve? Whenever Keaton appears in a series or film it becomes a must-see because he brings something gripping that transcends the material. And here, he’s got material worthy of his gifts. Kaitlin Deaver must be one of the most superb actresses of her generation. I cannot fathom why her performance as the rape victim that anchored the outstanding limited series “Unbelievable” was ignored. And that’s not to mention her incredible arc in the television series “Justified” when she was a teenager. Most of the rest of the cast rises to the occasion. Rosario Dawson bathes in her aggressive portrayal of DEA agent Bridget Meyer, a fictional composite based on individuals that Beth Macy met during her research for Dopesick. The always excellent Peter Sarsgaard portrays Rick Mountcastle, the actual Assistant U.S. Attorney who led the case. John Hoogenakker, playing Mountcastle’s real-life associate Randy Ramseyer, brings empathy and depth to his role.

Phillipa Soo, the theater actress known primarily for her softer, more feminine roles in Hamilton and Amelie, brings a cynical edge to the hard charging, amoral Amber. Based on real Oxycontin drug reps, she is never hypocritical about who she is and what she’s doing. No one, outside the Sackler family, conveys greed more effectively than her character. It took me a couple of episodes before it dawned on me that I was watching Soo in such a counter-intuitive role!

In the not quite up to the others category, I would put Will Poulter as the fictional Billy Cutler, the drug rep counterpart of Soo’s Amber. His ambivalence about his job, even as he’s raking in the cash and blindly following the “medical” advice of his advisors never does more than scratch the surface. Had he followed the pattern of the real drug rep from Appalachia featured in Empire of Pain, he should have been able to go from Amber’s greed-motivated delivery to the eventually doubtful and morally conflicted person he becomes. There’s just not enough depth to his wide-eyed performance.

Michael Stuhlbarg has never been one of my favorite actors, nor is he here. But even with all his vocal and physical mannerisms, he does convey the creepiness and public reticence that marks the real life Richard Sackler that he plays. But villains are most effective when we are fooled into seeing something else in them. Nevertheless, my preferences and the reality of Richard Sackler and his avaricious family may actually be in conflict. From all descriptions of Richard and the rest of the Sackler family, they appear to be as evil as they are portrayed.

I have revealed nothing, but in some ways everything, about each episode. Suffice it to say that each one effectively blends timeframe and action and leads the viewer into the next, must-see chapter.

The first three of the eight episodes premiers on Hulu Wednesday, October 13.