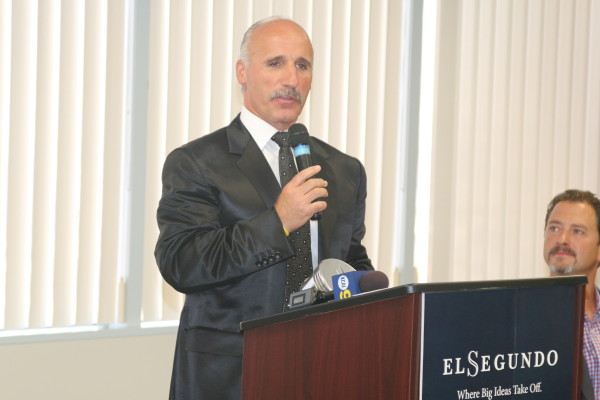 As a rookie in 1982, Evans scored the final, overtime goal in the final game of what became known as the “Miracle on Manchester,” after the Kings eliminated the heavily favored Edmonton Oilers.

Gordon described his vision to Evans of El Segundo becoming a world class home for businesses and professional athletic teams. 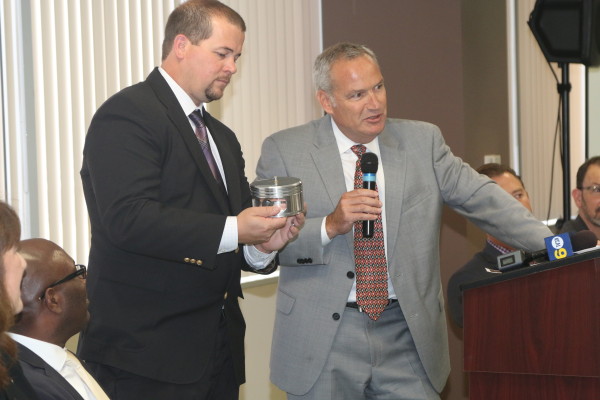 “I couldn’t see it then, but Mike’s vision has come true,” Evans said after El Segundo city manager Greg Carpenter presented him with the city’s inaugural Champion of Business Award. Evans accepted the award on behalf of the 2013 Stanley Cup Champions, who train at the Toyota Sports Center in El Segundo, where the Los Angeles Lakers and Los Angeles Sparks also train. 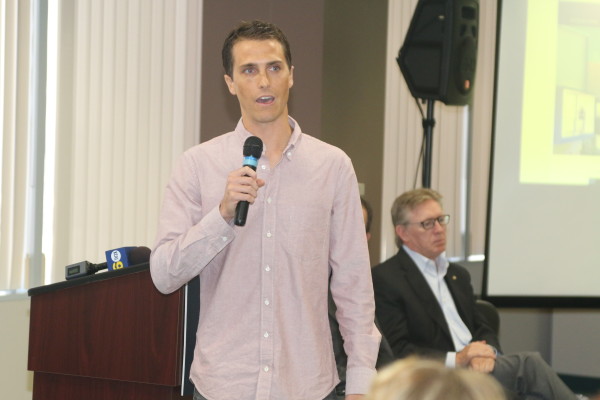 The award was a clock fashioned from a 1940s era Jacobs radial engine piston made for a Stearman biplane and repurposed by El Segundo-based MotoArt.

“This award represents our industrial past and creative future,” El Segundo city manager Greg Carpenter told the gathering. It was presented last Wednesday morning during a gathering of civic and business leaders on the 21st Floor of the PCT Office Tower. 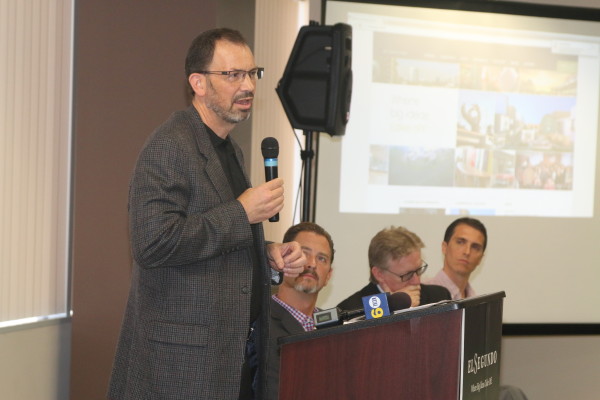 The presentation followed Mayor Suzanne Fuentes announcement of the El Segundo’s new campaign to attract 100 new businesses by 2017, the city’s 100th anniversary. To coordinate campaign, titled “Where big ideas take off,” the city has budgeted $450,000 and retained Paolucci Communications Arts of Palos Verdes. Key to the plan’s success is the city’s new website ElSegundoBusiness.com, which was also unveiled at the gathering 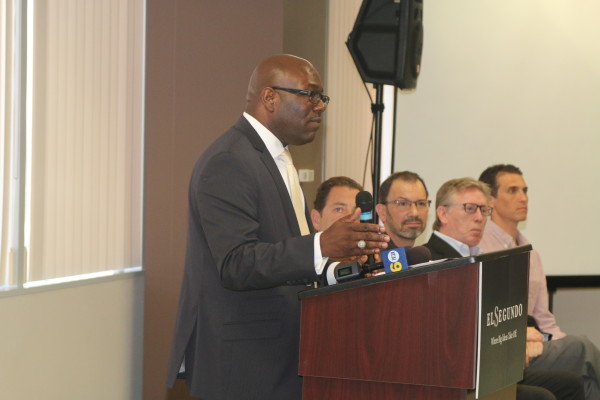 Taylor said the city’s relatively low rents and proximity to Los Angeles International Airport were crucial to his company’s success.

“That and the fact that our products have more protein than beef and more Omega-3 than salmon,” he added. 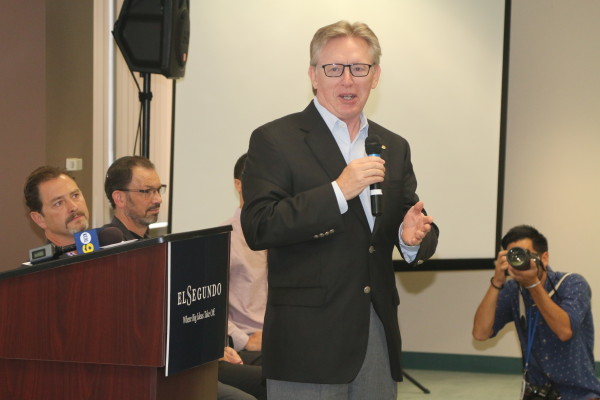 Ward said when he came to El Segundo from London for the first time, “The weather was so nice, that if it were London people wouldn’t have gone to work.

“When I saw children selling lemonade on a street corner, I was convinced the chamber of commerce staged it. El Segundo is small town America with space age companies and surfing,” he said

Millennium Space Systems has 80 employees in El Segundo, where it assembles government and commercial satellites.

“We can put a satellite in orbit in less than a year and for less than $500,000. We are receiving tremendous commercial interest,” Ward said. 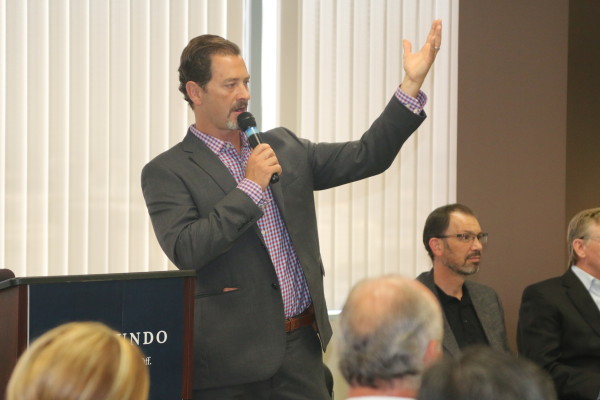 Northrop Grumman’s Mitchell noted that his company is one of two dozen Fortune 500 companies in El Segundo, a number second only to San Francisco. The company has 3,000 employees in El Segundo and is a strong supporter of the school district’s STEM (science, technology, engineering and math) program.

Spackman ended the meeting on an upbeat note by announcing that Chevron would contribute $175,000 to the city’s effort to bring 100 new businesses to town by 2017. Like the city, Chevron’s El Segundo refinery will celebrate its 100 anniversary in 2017. ER