ES Education – A Matter of Principal 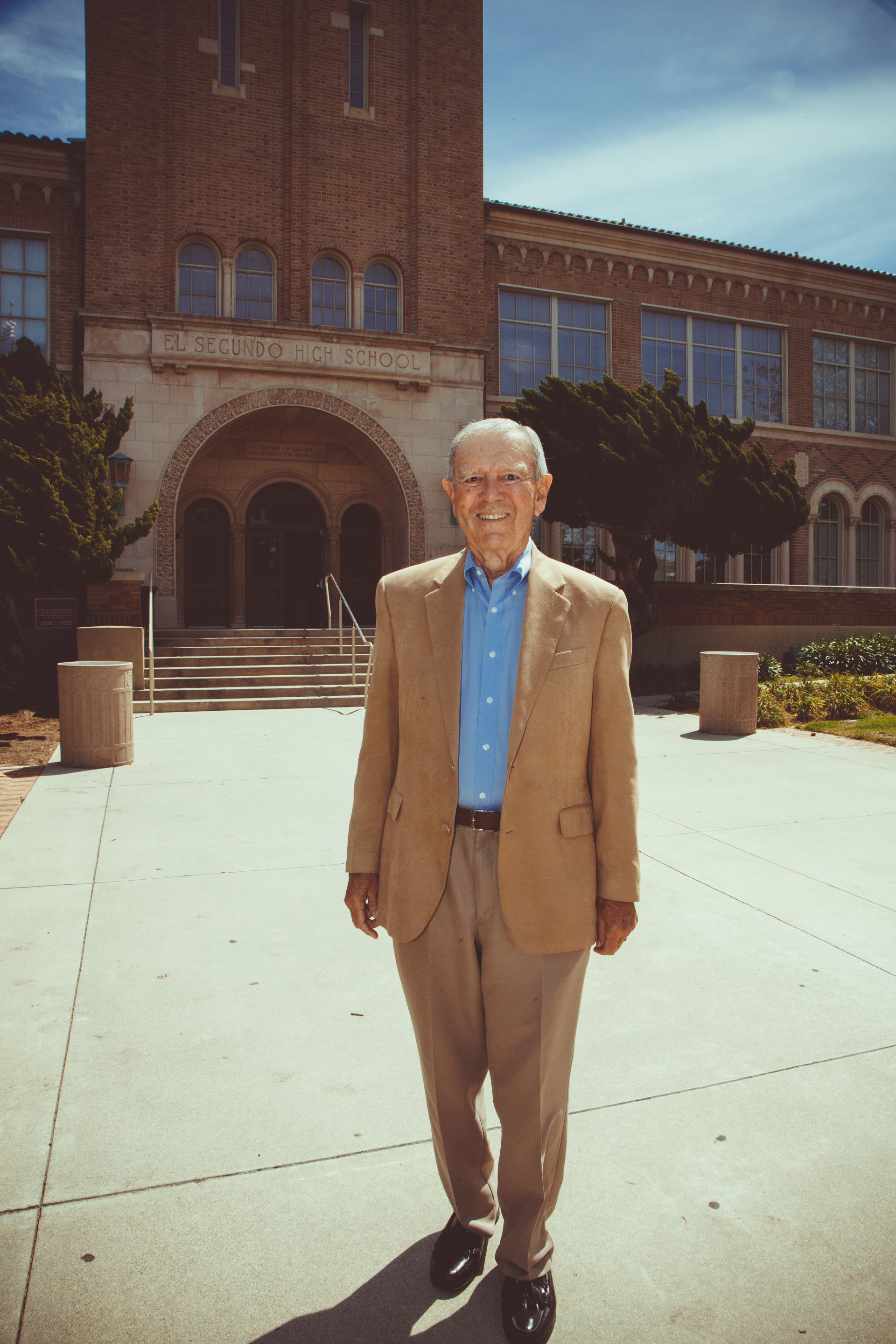 Dr. Bill Watkins at El Segundo High, where he served as principal for 10 years. Photo by Jessie Lee Cederblom (@cederblomphoto)

There’s an old saying that goes, ‘If you love what you do you’ll never work a day in your life.”

Dr. Bill Watkins is one of the lucky few to whom this saying applies. He spent over half a century as a teacher and administrator in the El Segundo Unified School District.

“I started as an English teacher. I remember telling my wife on the first week that I just couldn’t believe I was actually getting paid for this,” Watkins said.

After teaching English Watkins served as principal of El Segundo High School for 10 years. Watkins then became director of instructional services prior to becoming El Segundo’s interim superintendent. In 1997, he was named the permanent superintendent of the 3,500-student, K-12 district. In 2005, four years after retirement from the district, he was elected to the school board, where he served until 2017.

In appreciation of his years of service, Watkins will be presented with the 2019 Ed! Award by the El Segundo Education Foundation on May 10 at its annual Ed! Gala at Chevron Park. More than 1,000 local leaders, parents and friends from all over the South Bay ​will attend the event, which will feature live music, entertainment, tastings from local restaurants, wine and beer and live auction and online auctions.

“It is not very often you meet someone who has given their whole career to education in one community. He has been an influence over generations of El Segundo students. He has always given his all and dedication to every position whether, it was as my English teacher or working with him when he was superintendent and I was the Center Street School PTA President. I am in awe of his passion for education,” said education foundation board member Barbara Briney.

Watkins’ family moved to the South Bay from Los Angeles soon after he was born. He attended Hawthorne High and El Camino College and earned his bachelor’s degree, |master’s degree and educational doctorate from Pepperdine University.

He and his wife Carol moved to El Segundo in 1972, where they raised children Eric and Carrie.

He joined ESUSD as an English teacher on the advice of a friend. When Watkins ascended to the role of superintendent in 1997, he set himself an ambitious agenda.

The first thing he embraced was the Southern California Regional Occupation Center, an area-wide program that teaches vocational skills. These were programs the EUSD could no longer afford. Watkins served on the ROP board of directors for several years.

Then, in recognition of El Segundo being in the middle of what is now called ‘Silicon Beach,’ Watkins, he pushed the district to adopt a robust STEM curriculum (Science, Technology, Engineering and Math).

“It’s essential that our kids graduating learn basic coding skills. It’s a very different world today than the one I grew up in,” Watkins said.

After serving four terms on the school board, Watkins retired last year. But he intends to remain active in Kiwanis and the Education Foundation, while devoting more time to sailing and golf.

“I consider myself to be a very lucky man. I’ve had a great career in a community that I love. I have a wonderful family,” Watkins said. “It’s been a great, great joy.”

The 9th Annual Ed! Gala is Friday May 10 at 6 p.m. at Chevron Park.Tickets are $150 each and can be purchased online to www.ESEdF.org/gala.

Jeff Mitchell is a South Bay freelance writer. He can be reached at j.edward.mitchell@gmail.com.