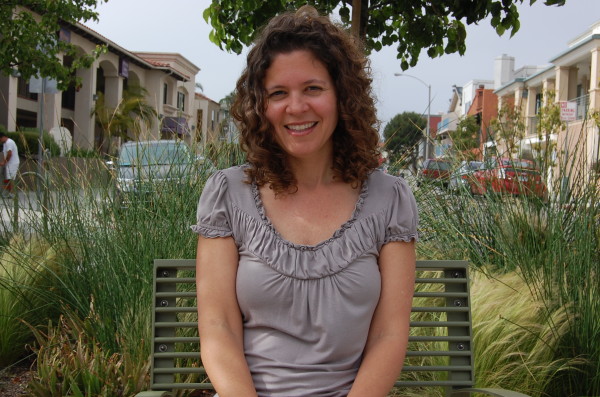 When her daughter entered preschool, Kathleen Jacecko was quick to note the trash bin in the classroom. Every day, she saw that it was filled with leftover food from the kids’ lunches.

“That was one of the first things that got me thinking,” the Redondo Beach resident recalled. “We were wasting a lot of food in there. Not only were we wasting it, but it was going in the trash. No composting.”

She also noted the recycling bin tucked away out of sight, as well as the large sheaves of paper used in lieu of reusable tablecloths during the kids’ art time.

“I just didn’t see any effort to teach the kids about conservation at all,” Jacecko said.

So the former high school physics teacher sprung into action. In early 2013, she approached a number of instructors at the South Bay Family Tree Preschool about integrating an educational program she would create under her nonprofit Teaching Green to help them “green” their classrooms and teach young students about the principles of green living. Three signed on.

With that, Growing Up Green Tots launched its pilot phase last September for about 80 children in Manhattan Beach, who now on a daily basis practice reducing, reusing, recycling and composting in their classrooms. Last week, actor-environmentalist Ed Begley Jr. signed off on the program, calling it “the first of its kind in the nation.”

“[Growing Up Green Tots] changes the culture in the classroom from one of apathy and waste to one of awareness and conservation,” Begley Jr. said in his endorsement. 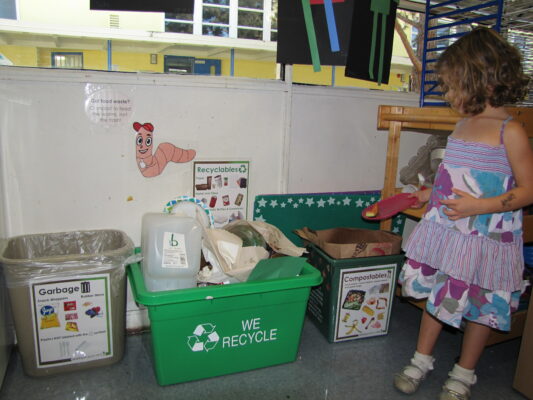 Carly Jacecko, a student at South Bay Family Tree Preschool, sorts her waste in the classroom. Courtesy of Kathleen Jacecko

It’s a free, all-inclusive program that Jacecko hopes will go national: Teachers who opt in receive 30 pages of material in a binder written and compiled by Jacecko, outlining instructional resources on classroom signage, suggested craft supplies and field-trip planning. For Earth Day, the program has an entire week of instruction on water, litter, recycling and reusing. Plus, classrooms and schools can be certified gold, silver or bronze based on a point system.

“My students beam with confidence as they compost their food scraps,” said Cindy Kringen, whose pre-kindergarten class is in the pilot this year. “Plus, they love connecting with nature to find nature’s treasures for creative art projects … This is a great time in a child’s life to teach them to honor and protect the natural world they love so much.”

A significant component of the program is dedicated to enlisting the parents’ support, Jacecko said. In addition to a quarterly newsletter that outlines helpful advice for streamlining green practices at home, the program gives tips to parents on how they can engage their kids to go green. Recently, her daughter’s class partook in a “community swap,” exchanging their kids’ old clothing, toys and gear. This little exercise in reusing and saving money, she said, seemed to win some parents over.

“It’s a great way to reach adults you wouldn’t otherwise reach,” she said. “This way, it goes home with the kids. To be effective it really needs the parents’ involvement.” 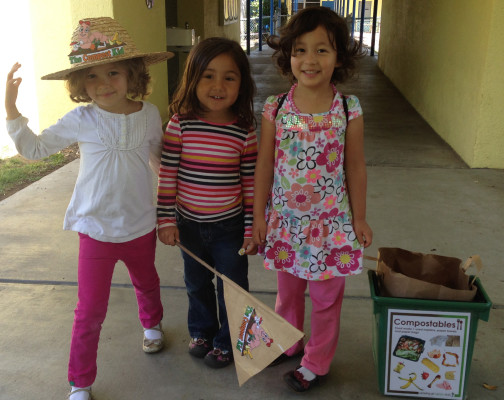 Jacecko, who earned her bachelor’s and master’s degrees in chemistry from UC Irvine, taught private educational workshops for adults as part of her nonprofit Teaching Green, which she founded in 2007. While she often felt like she was “preaching to the choir” with adults, young children are much more impressionable, she said.

“Ninety percent of brain development happens at the age of 5,” she said. “When kids see us turn off the water, they’ll learn to turn off the water. When they’re older, they’ve already learned behaviors that’s gonna take some work to undo.”

The plan is to make the program available to any preschool teacher who wants to implement it. Jacecko and her two interns have begun compiling a list of preschools and kindergartens across Los Angeles County, and outreach is underway. By this summer, all materials will be downloadable for free at teachinggreen.org/TOTS.html, Jacecko said.

“Change is hard, and the older you get, the harder it is to change,” she said. “So with a program like this, we’re trying to make it so that there’s no change need. The green choice will the natural choice.”