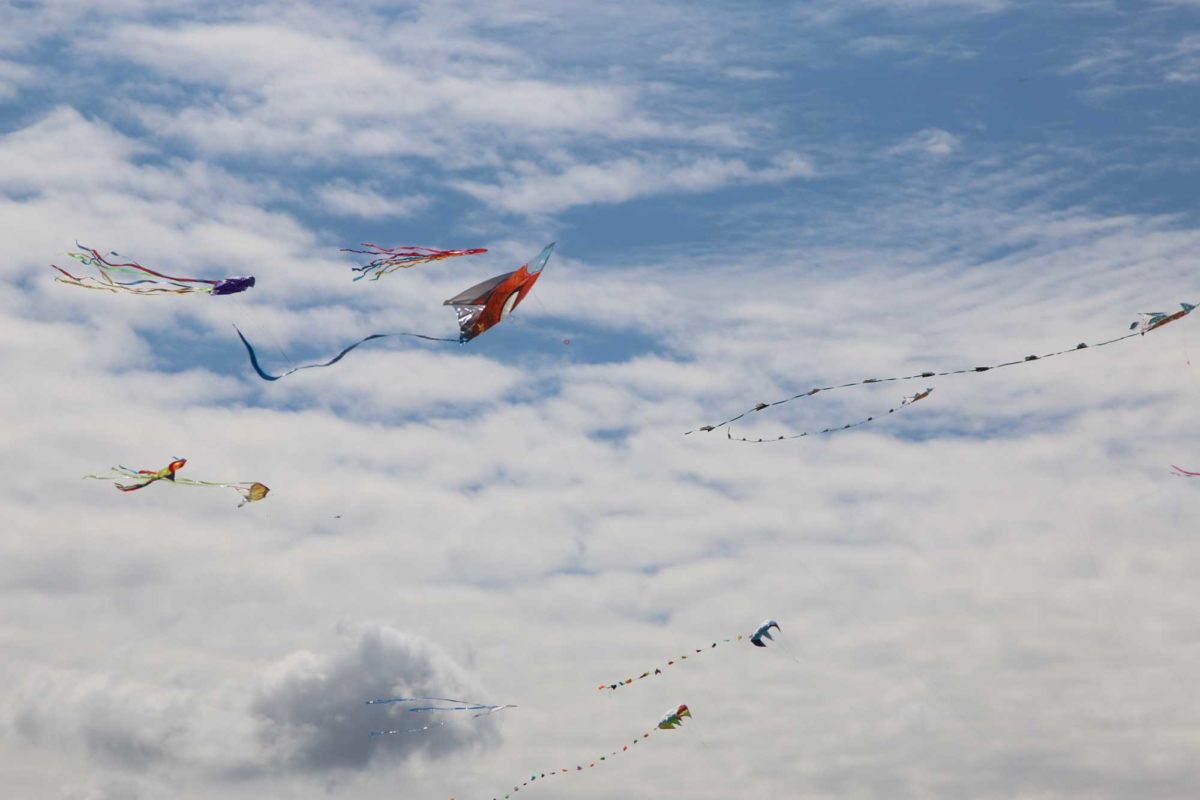 Kites soar above Redondo Beach during the 45th Annual Festival of the Kite. Photo by David Mendez

Redondo Beach’s annual kite festival could be seen as an unofficial start to the spring, as well as a semi-official start to the warm season for pier merchants. Each year, hundreds of families gladly pay for their kids and loved ones to fly bright, multi-colored kites south of the Redondo Pier.

But this year’s edition — the 45th annual Festival of the Kite — might well have been its last, according to the organizers at Sunshine Kite Company.

Tom Fine, the longtime owner of Sunshine Kite, died after a long battle with illness late last year, and his remaining family, including brother-in-law Missak “Mike” Parseghian have run the shop — and put on the kite festival — in his absence.

“It’s a good sale day, but what keeps us alive is the summer. Usually January through March it’s slow, so this makes it up, for me,” Parseghian said.

Alongside the festival, pier restaurateur Craig Riedt, of Craig’s Hot Dog on a Stick, held his annual hot dog eating contest. Seven contestants were chosen by drawing from a few dozen entrants, eating as many hot dogs as they could in five minutes.

Carlos Martinez, of Inglewood, won the contest and $100 prize, eating eight hot dogs — though according to his friends, he could have had more if he hadn’t eaten sandwiches immediately before the contest.

“We were out here fishing…I’ve got a crab net down, got poles down, and I just finished some sandwiches. I didn’t know there was a contest until this gentleman came around the pier asking if anyone wanted to join,” Martinez said.

But Fine’s absence was felt across the festival. Reidt noted that there were slightly fewer entrants in his contest than usual, likely owing to Fine’s penchant for carnival barking. His family, as well, is no longer sure they can keep the shop open.

“Over the last two years, he’s been sick, and we’ve been fighting back and forth. Now we don’t have time for the store…We’ll be here through the summer, but at the end of the summer, we’ll be closing,” Parseghian said. “We wanted to go and do a big hurrah, a last kite festival.”