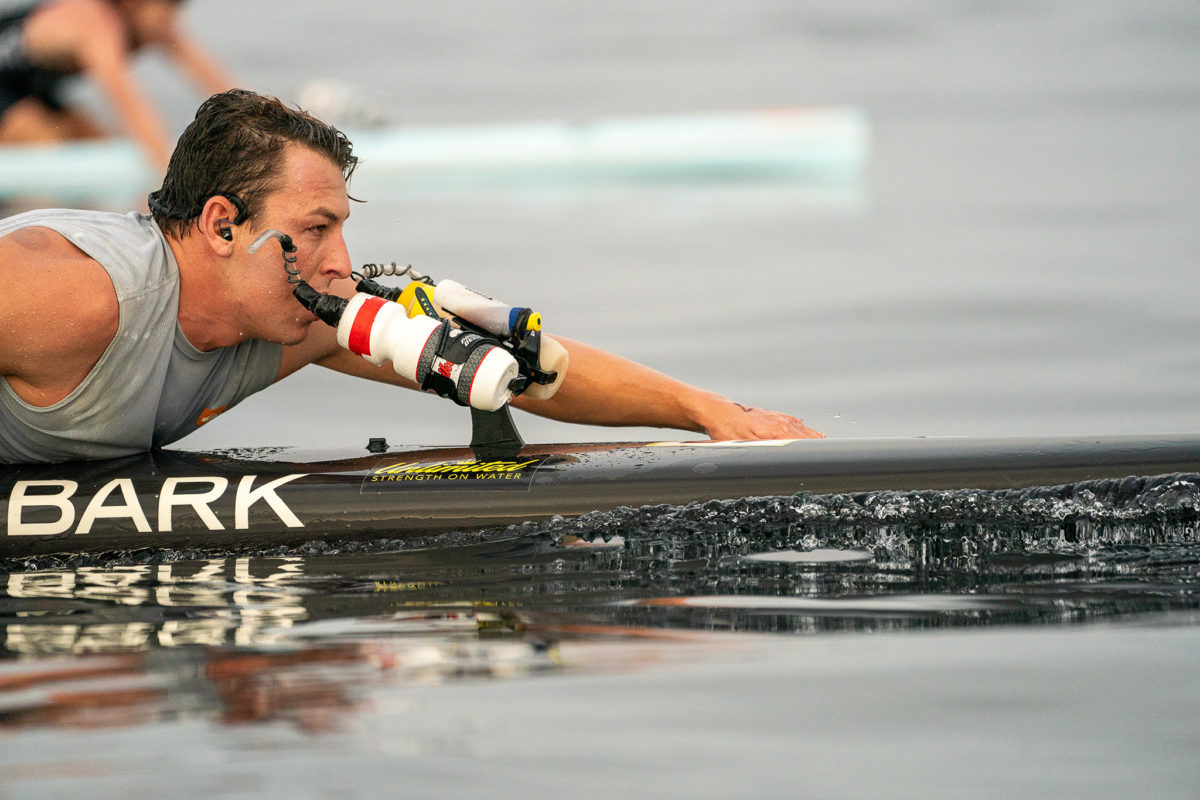 Max First and Lachie Lansdown were exchanging board-length leads when they reached the R10 buoy Sunday morning, during the 41st Catalina Classic Paddleboard Race. The R10 is 24 miles from Two Harbors on Catalina Island, where the race started at 6 a.m., and eight miles south of the finish at the Manhattan Beach pier.

Then the current, which had been favorable during the channel crossing, turned south against the paddlers, and the powerfully built First pulled away from the lanky Lansdown.

First knew then that he was racing to make history. 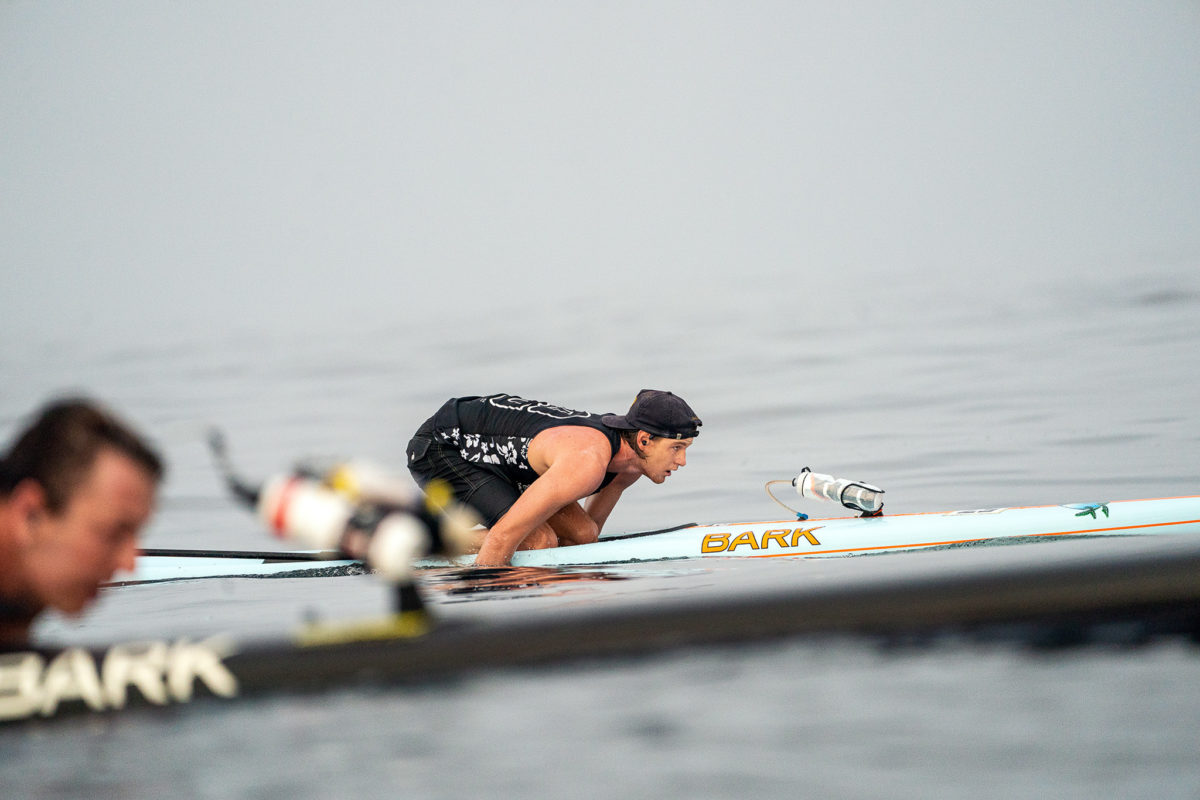 Everyone on the beach knew  Max – no last name needed. The 29-year-old, with the apt surname, grew up in Manhattan Beach where he started paddling in the Junior Lifeguard program, attended Mira Costa High School, and is now a recurrent (part time) lifeguard. He won the Classic in 2014, 2016 and 2017.

Conditions for a record-setting race were in place at the start. The water was smooth, the tide was rising and the air was still, despite a forecast for strong southwest winds. Rink speculated that the spirit of Mike Doyle was looking down. This year’s race was dedicated to the Hermosa Surfer Walk of Fame inductee who competed in the 1960 Catalina Classic and died this past May. “I think Mike Doyle’s good vibe, his good karma, is helping create these pristine conditions,” Rink said. (A paddle out for Doyle will be held Oct. 20 at the Hermosa Beach Pier). Even the Beach Boys music being pumped out over the beach in between race updates  seemed to be urging First on faster and faster: “Sail on, Sail on, Sailor….”

First would recall that as he approached the pier, he shook off the whole-body cramps that began  creeping up on him at the R10 and redoubled his effort. “I did everything I could think of to break the record,” he said. 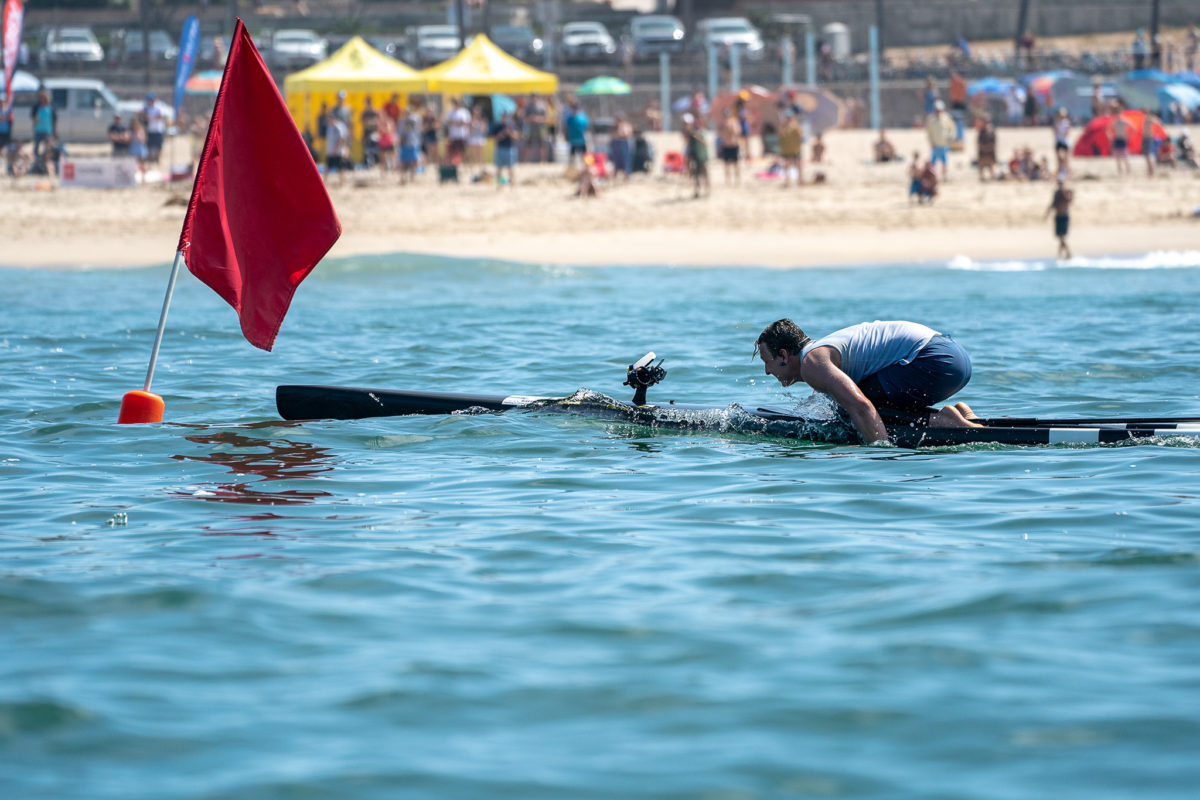 It was not to be. The southerly current that may have given First the edge over Lansdown, cost the 92 other paddlers as much as a mile an hour, denying First the record. He finished in 5 hours, 3 minutes and 28 seconds, a minute and 16 seconds over Gair’s 1999 record time. First waited at the offshore finish line to congratulate Lansdown, who finished second in 5:08:04.

“I was happy just to be within distance of the record,” he said. “I’m totally happy and satisfied with the win. That alone is gratifying.”

He credited the 23-year-old Lansdown for their near record times. “Lachie was right next to me, neck and neck all the way to the R-10 buoy,” First said.

Lansdown, an Australian lifeguard,  said First was being generous. “Max blasted out right from the start and was ahead by at least 200 yards almost the whole way to the R-10,” he said. “I got close about a mile before the R10 and then Max just took off.”

California big wave rider Patrick Shaughnessy, who finished second last year and was among the favorites this year, finished 12th. He too, said the journey was more important than where he finished.

“All the top guys are competitive,” he said. “But it’s more about being out there on the water with your friends and training partners than it is about who can beat whom. I had more fun and less pain finishing 12th this year than I did finishing second last year.”

The Catalina Classic and the awards dinner that followed at Dive N’ Surf  was was a welcome antidote for sports fans turned off by the modern I-Me-Mine vibe of pro sports, with its litany of financial fights, player suspensions, twitter beefs, police blotter news and no-loyalty player swapping and team building. Year after year the paddling community proves it is all about being supportive, doing your best and  helping the other guy do the same. 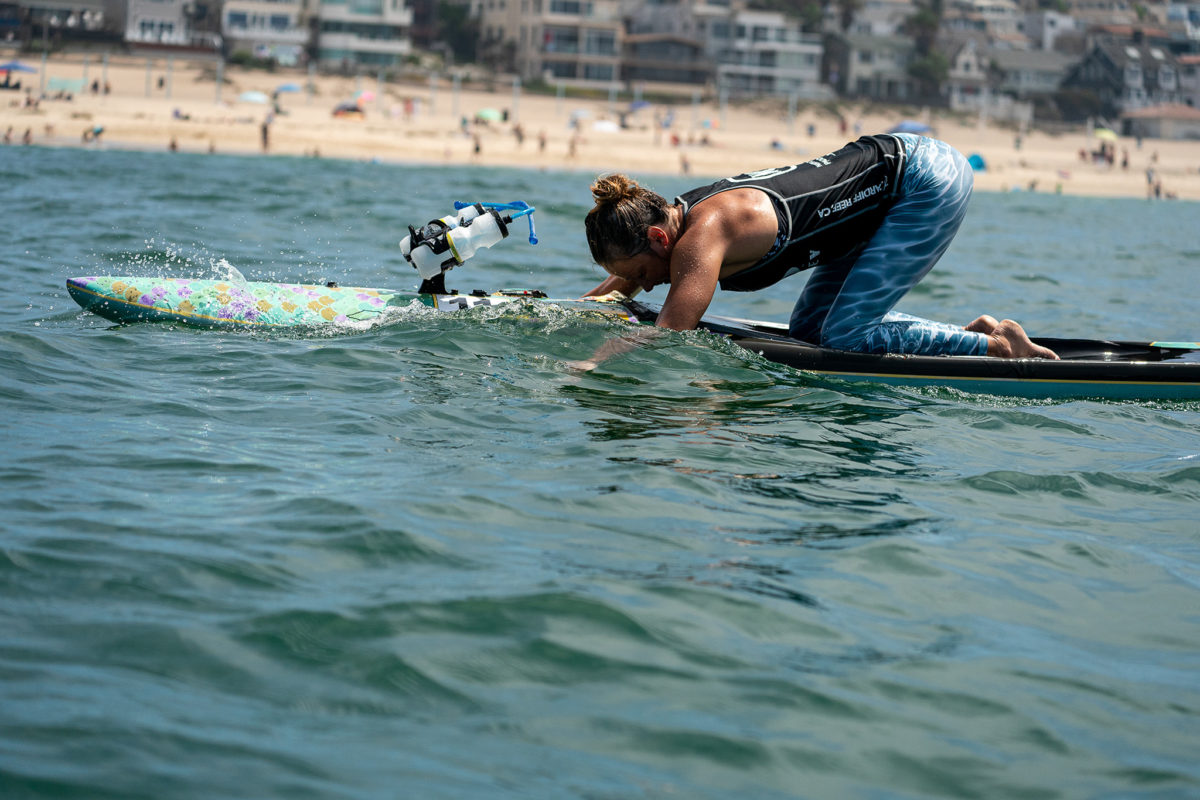 Liz Hunter, of Oceanside, won the women’s division, despite competing on a borrowed board. Photo by Troy Nebeker @MonsterAndSea

On the evening before the race, Liz Hunter, a 33-year-old favorite from Oceanside, found herself without a paddleboard or the mandatory escort boat.

“I got a call that my escort boat wasn’t able to make it over to the island,” she said. Her boat had her paddleboard.

Her competitors, rather than reveling in her misfortune and seeing an opportunity for themselves, helped her find a back-up board and boat.

“The paddling community really came through,” she said at the awards dinner after Joe Bark presented her with a new Bark surfboard, her prize for winning the women’s division. “I have a new Bark board to help me remember this day and all the people who helped get me here. How cool is that?” Hunter said.

“There are only two or three races like this in France each year, so I try to come over for the Catalina race every year,” he said. When race director Francziska Steagall called him up to receive his award his little girl Keilana, rushed up from her family’s table to hug him. 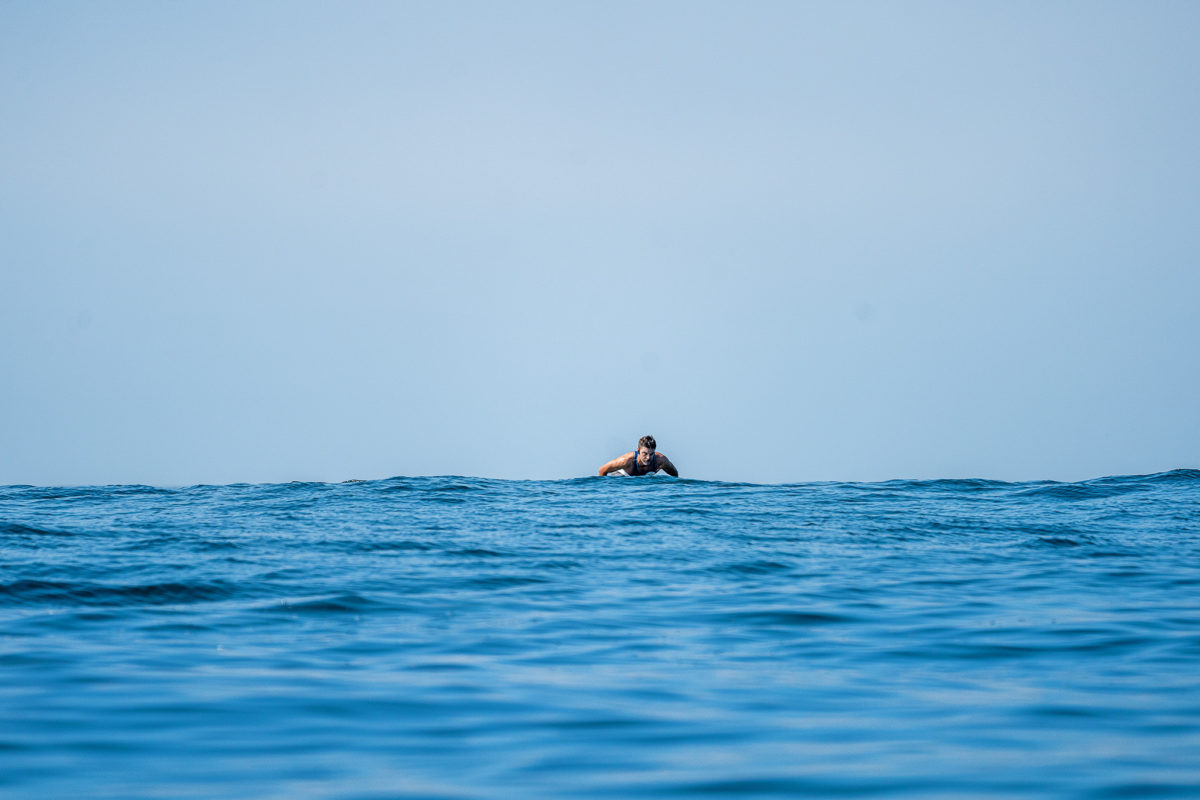 Steagall recognized all 92 finishers, regardless of where they placed. Sterling Coberly, 16, of Newport Beach, was recognized as the youngest paddler ever to complete the race. When his name was called out and he didn’t respond, someone shouted out, “It’s past his bedtime.”

The loudest applause came when Steagall announced that this year was Bark’s 36th consecutive Catalina Classic.

“I have a very understanding family,” Bark said.

Bark not only built the surfboard awards, but also 90 percent of the paddleboards used in the race, including First’s.