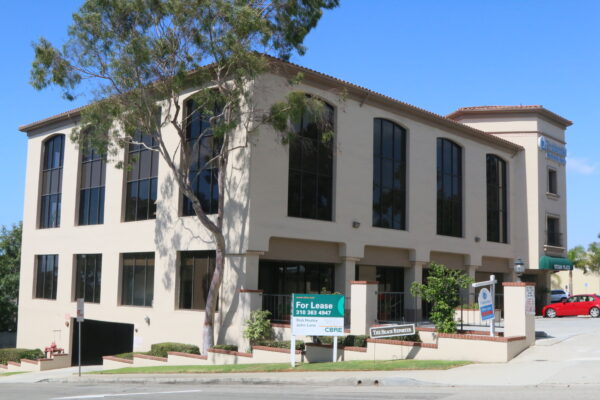 A master key was apparently used to gain access to offices at this Pacific Coast Highway and Artesia Boulevard office building.

“After the police arrived, one of our employees  recalled that his missing iPad has a tracking device,” Edgerton said. “He looked up the address where the computer was and gave the information to the Hermosa police, who gave it to the Whittier police. When Whittier police arrived at the address, the suspects were in their garage, loading our computers in a car.” Edgerton said.