“Four Hours at the Capitol” – An eternity [MOVIE REVIEW] 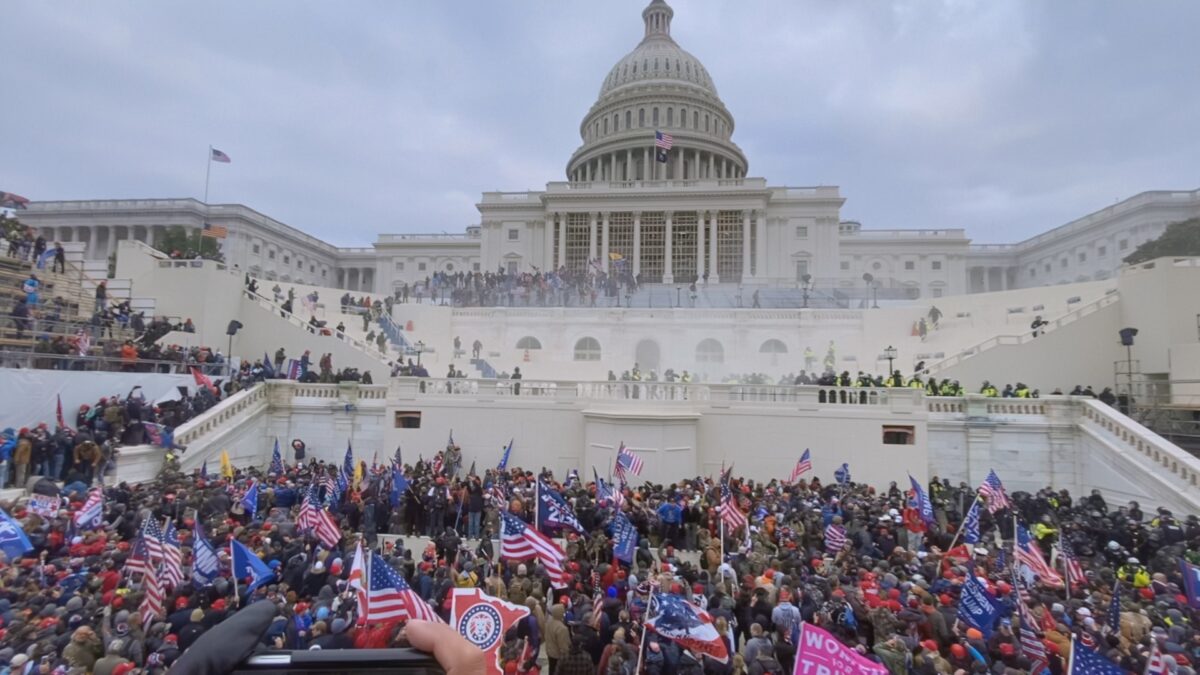 "Four Hours at the Capitol." Photo courtesy of HBO.

You will experience very few more visceral and terrifying experiences than living through the January 6, 2021 insurrection in Washington DC incited by Donald Trump’s speech to his followers encouraging them to rebel against what he deemed was a stolen election. He urged his followers, his “patriots,” to Stop the Steal going on at that very moment in Congress as the legislators in both the Senate and House of Representatives were set to certify the election, one in which the popular vote wasn’t even close (81,268,924 for Biden; 74,216,154 for Trump). Biden’s margin over Trump almost equaled the entire population (not voting population but entire population) of the 9 smallest states.

Every American, whether Democrat, Republican, or other should watch this documentary before they weigh in on what they thought happened on January 6. It should be required viewing in high schools and colleges throughout the land. We are talking about the very fabric of our nation.

The number of people attending the Trump rally was quite large and the fact that the Washington police force underestimated the size and potential force of that crowd is unconscionable. There still does not seem to be an accurate accounting for the crowd attending the rally, although the National Parks service reissued a permit in the days leading up to the rally from 5,000 potential supporters to 30,000 participants.

Protection of the Capitol and Congress is the purview of the Capitol police, but even with the addition of the DC Metropolitan police force, they were woefully unprepared for any but a peaceful protest. As time goes on, more comes to light in terms of what the Capitol police knew and chose not to act on. The FBI informed them of the possibilities on January 5. More disturbing, however, is the recent testimony by former Capitol police officers that their own department heads were aware of the potential danger brewing in that rally and chose not to ask for the kind of backup that would have stopped the riot before it became a full fledged insurrection. They were aware that the prudent course would have been to alert the National Guard and put area Virginia police forces on standby. But this isn’t really about the failures of the police to contain a force that vastly outnumbered them, this is about the unthinkable. 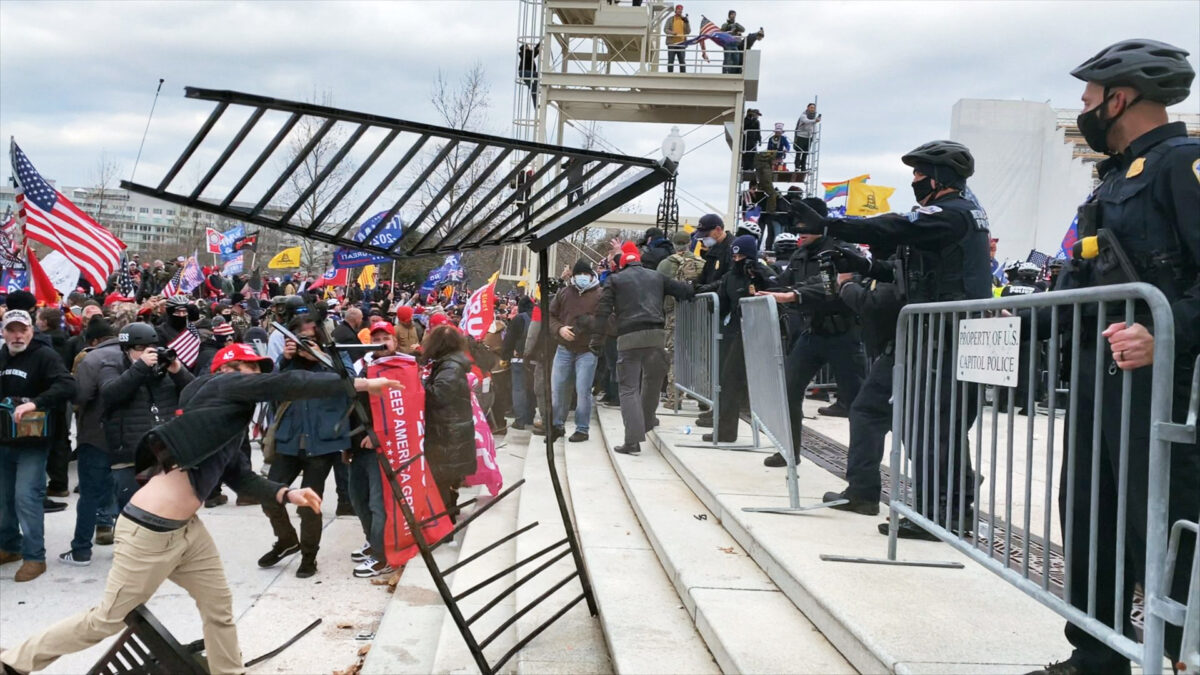 On January 6, 2021, Donald Trump, unwilling to concede the presidency to Joseph Biden incited a mob, led by the white supremist group, the Proud Boys, to march on the Capitol and take back the “people’s house.” He told the crowd he would be right there with them and urged them on. Before he had finished his speech and before the rally would disperse, a relatively small group that increased in numbers into the hundreds began their ascent to the Capitol, pushing back the flimsy barriers and attacking the police guarding them. Strong, disrespectful, profanity and hate-spewing white men, with a few women matching them step for step and expletive for expletive, pushed forward becoming more and more violent. This was mob rule at its most psychologically classic. As the numbers increased, so did the boldness of the venture. Little more than common criminals, they embraced the notion that they were patriots.

Interviews with several of the rioters reveals their continued belief in the righteousness of their efforts. They were patriots ordained to place their king back on his rightful throne. All the footage gives lie to their thoughts and actions. This was little more than what a Banana Republic coup must look like. The little man, blindly following a mob and spurred on to greater acts of violence by a demagogue.

Months later, Trump continues to foment dissent, claiming that there was no riot or insurrection; only patriots exercising their right to be heard. Congressmen, Senators, staffers, and police officers interviewed for the film describe their incredulity and ultimate terror at not only what happened but the greater fear of what could have been. It should not be surprising, although it is a national shame, that only one or two Republicans allowed themselves to be interviewed. The great majority still refuse to acknowledge what happened that day. Some still vocally espouse the false premise that vast election fraud overturned the people’s choice. That there was so little loss of life is remarkable and is due to the restraint of the officers on the line. The violence was on the part of the criminal mob.

But here’s the beauty and power of this amazing documentary. Film footage, much of it previously unseen, gathered from numerous sources present both inside and outside the Capitol attest to the violence, fear, and horrendous actions that day. Interviewed insurrectionist participants continue to declare themselves patriots. The footage should indicate otherwise. 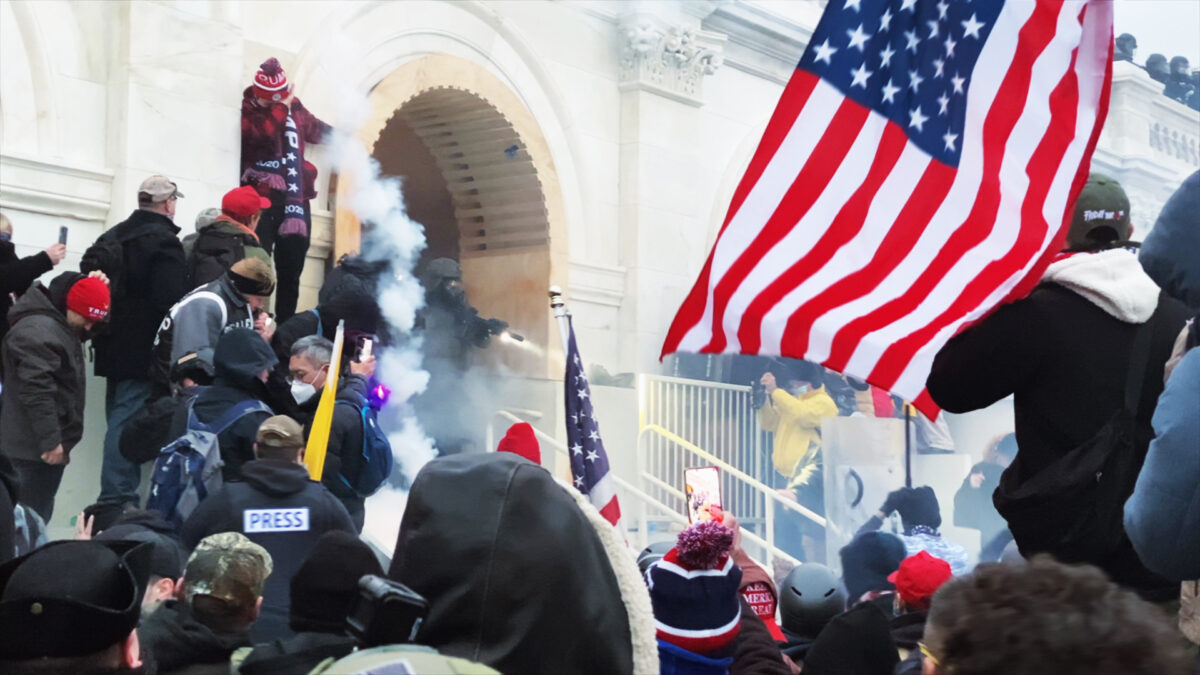 Focusing primarily on the storming of the Capitol, something that hadn’t happened since 1812, the danger and fear is palpable. Whether the Capitol police mismanaged the affair is, actually, irrelevant. Their lives were in imminent danger and those who tried to hold the ever moving line are heroes fighting against a horde of terrorists. Because that’s what the Proud Boys and their followers are —terrorists.

Left more unspoken is the mob in the thousands hanging on every word of their leader. This film footage could easily be repurposed to show the similarities between the January 6 “Stop the Steal” rally and Hitler’s Nuremberg rallies. But then I’m giving Trump too much credit because he has neither the attention span nor the oratory skills of Hitler. He has only the hate and megalomania.

Be aware that this is extraordinarily powerful and violent film footage. You may have seen some of it in newsfeeds following the rally but it is unlikely that you have seen this much coming together to give a more complete picture of the terror of that day. Can we say that Democracy triumphed? I’m not so sure. I think we can say that Democracy lived another day despite the assault on its principles and despite the cowardly behavior of Trump apologists in Congress who have tried repeatedly to sweep this incident under the rug of denial.

It took a British director, Jamie Roberts, to put this account together. Co-produced by the BBC and HBO, Roberts is less likely to be accused of having a political agenda and was able to gather a wide range of interviews from those who lived through the day. Representative Buddy Carter of Georgia is one of the only Republican politicians to go on record about how he felt that day. Despite everything that transpired, he still voted against the election certification. He found a way to be true to his ideals, regardless of how ill-informed they were, and express dismay at what transpired.

And where was our fearless leader? Despite his pledge to march with his supporters, he was at the White House watching the insurrection on television. Exhorted by his aides to speak out and tell the rioters to disperse, he waited until after 4:17, almost 4 hours after his supporters stormed the Capitol, to make such a statement.

Even if you think you know what happened that day, this superb documentary will show you that you had no idea how close we all came to losing a core part of what the country allegedly stands for.