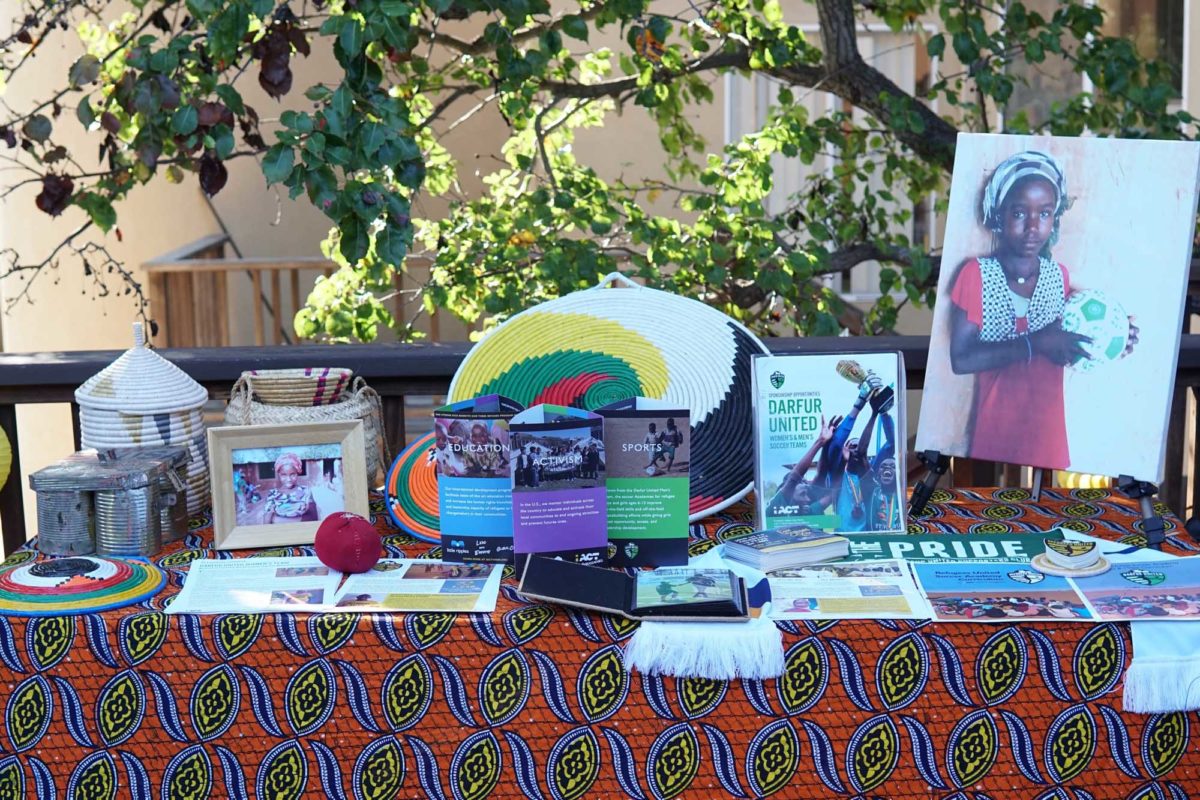 It’s a long way – geographically, demographically and spiritually — from the mega-mansions, upscale restaurants and seaside luxury of Manhattan Beach to the makeshift huts, long food lines and tattered tents of Darfur, a dusty, wind-blown war-torn region of Sudan.

But in just three hours Saturday night, a bridge built upon the twin towers of athletic opportunity and female empowerment was built from scratch.

More than 100 of Trout’s friends, family and business colleagues showed up to donate money and bid on auction items donated by local businesses. The wine donated by Barsha flowed freely, the potato latkes with salmon donated by Gelson’s were gobbled up, and a good time was had by all those who walked away feeling good about what they had done.

“All these people left here with smiles on their faces,” Trout said. “They knew they had made a positive impact on the lives of people who just need a little help.”

Darfur has been consumed by war, terrorism and even genocide for more than a decade. Many residents have been turned into refugees, huddled in makeshift camps as they try to cope with the horrific conditions around them.

Saturday’s event was organized by a iACT, which is trying to help the children and young adults of the region find a way out of the poverty, despair and armed conflict that rages all around them. Early education programs are part of the solution. So are sports – specifically soccer, the world’s most popular sport.

“The idea is to help these kids take the guns out of their hands and replace it with a soccer ball,” said Trout, a vice-president of sales at the Tennis Channel. “Just helping these girls be part of a soccer team will be great for them – the camaraderie, the bonding that comes from playing an organized sport – that is all something they have never experienced. Now they will.”

Before the party iACT’s goal was to raise $6,000 – enough to pay for 11 young women to become full-fledged members of the first-ever Darfur United Women’s team, an all-refugee soccer team representing Darfur and Sudan. That goal was exceeded, which may open the door of opportunity for a couple more young women.

iACT estimated it will cost $450 per young woman to buy the soccer gear, culturally appropriate clothing, first-aid supplies and water bottles they will need. It will also cover travel and food expenses for the women, who will be coming from seven different refugee camps located throughout eastern Chad to meet at a central camp later this month.

Female players from the refugee camps in eastern Chad who currently serve as coaches for the Refugees United Soccer Academy, and young women with some experience who are interested in joining the team, will come together to participate in a week-long soccer camp with expert iACT coaches and trainers.

Eventually, the team will participate in tournaments locally, regionally and globally. And although it’s still a decade away, Trout admits she has a dream: that one of the young women helped through the iACT program will play in the 2028 Los Angeles Olympics.

“Once you give these young women a look at the possibilities, anything can happen,” she said. “The key is to help them unlock their potential. We want them to dream big and have hope for the future.”