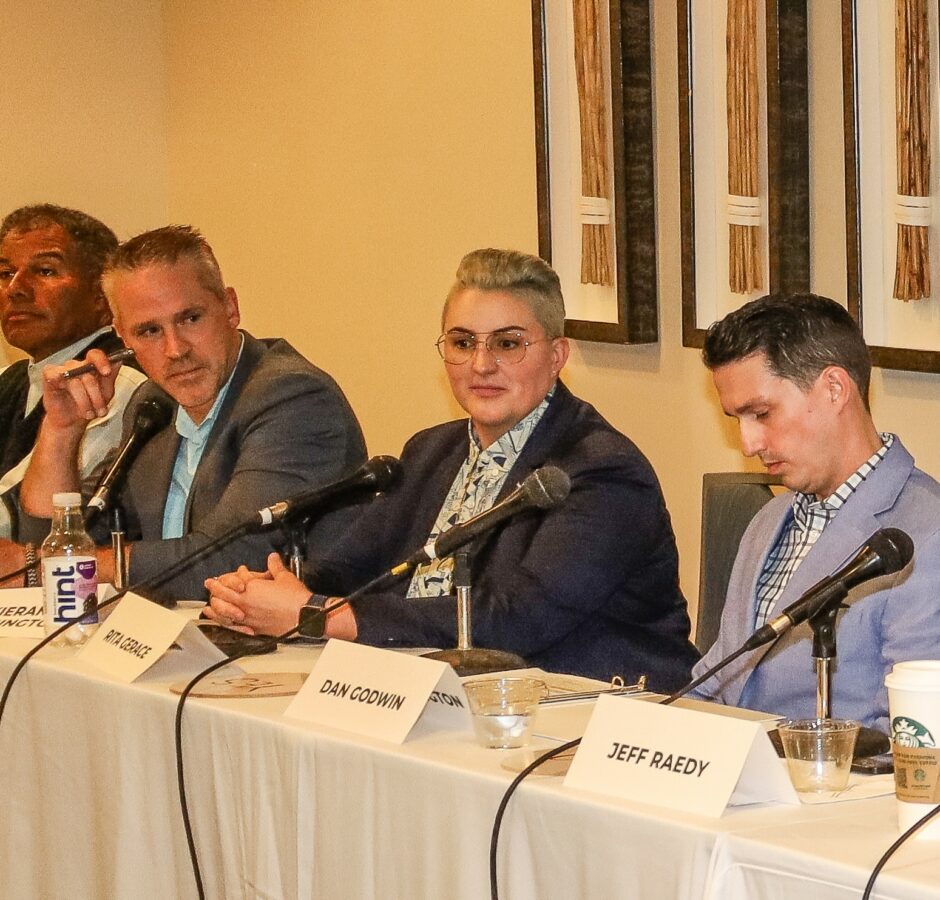 As the only female candidate for the Hermosa Beach City Council, Rita Gerace said she will bring diversity to an all-male council while prioritizing public safety and streamlining city services.

“We need to have diversity on the council,” the 35-year-old candidate said. “Now more than ever, we need to have women at the table, making decisions.”

The 11-year Hermosa resident said she decided to run in June when she found out the two women on the council, Mary Campbell and Stacey Armato, were giving up their seats. The Supreme Court’s decision to overturn Roe v. Wade also pushed her into politics.

“It kind of made me feel, wow, at any given time decisions can be made that have this trajectory that can be really bad for people,” she said.

Gerace was born, and grew up in San Pedro, and often visited Hermosa Beach in the summer. Her grandparents, and mother immigrated to San Pedro in search of the American dream. Her grandfather instilled in her an “incredible” work ethic, and also taught her the importance of serving your community.

“He had a 40-foot flagpole, and raised the flag every day,” she said. “He built his own boat and named it ‘The Apple Pie.’”

Gerace began working at her grandfather’s boat repair business when she was eight years old, working there every summer until the age of 17.

“It taught me the value of work,” Gerace said of the experience.

Growing up at the port, she assumed she would become a longshoreman like so many other San Pedro residents. Instead, she became a Realtor with Compass. She presently serves on the board of the South Bay Association of Realtors.

As the daughter of a police officer, and graduate of the city’s Community Police Academy, she saw firsthand what officers go through to protect the community. As a council member, she wants to upgrade the police headquarters, which she described as a “seedy basement.” She also wants to provide the police with more resources, such as automated license plate readers (ALPRs), drones, and more cameras in high crime areas.

Another priority is producing an e-bike safety plan, not only for The Strand, but the entire city.

“We need to create safe routes to commute on,” she said.

Gerace opposes Measure M, the cannabis industry initiative that would allow pot stores in the city.

“We cannot have Catalysts [underwriters of the initiative] come in here and create a monopoly that is frankly not right for Hermosa,” she said.

Gerace supports the .75 percent sales tax increase, saying it is important the measure pass to ensure the revenue remain in Hermosa Beach, instead of going to county and state coffers.

“We have an economic development plan with a lot of capital improvement projects,” Gerace said. “I think bringing in these dollars is really going to help.”

If elected, the Realtor said she would use technology to streamline the city’s permitting process. In neighboring cities, builders can submit plans online. That is not the case in Hermosa.

“You have to come in. Oftentimes, plans get lost. You have no idea where you are in the system queue,” she said.

After speaking to residents and business owners, she said it is clear that “at the city level, we need a complete overhaul in our daily operations.”

Instead of hiring more employees, she proposes better use of technology.

“We have technology out there that can make it so much easier for staff,” Gerace said.

The candidate is a founding member of the Hermosa Pride organization and helped paint the Hermosa Pride lifeguard tower near the Pier. Gerace also graduated from Leadership Hermosa. As a Chamber of Commerce member, she is a business advocate who wants to apply her real estate skills to serving on the council.