Goldstein, Nakano are named RB Man, Woman of the Year 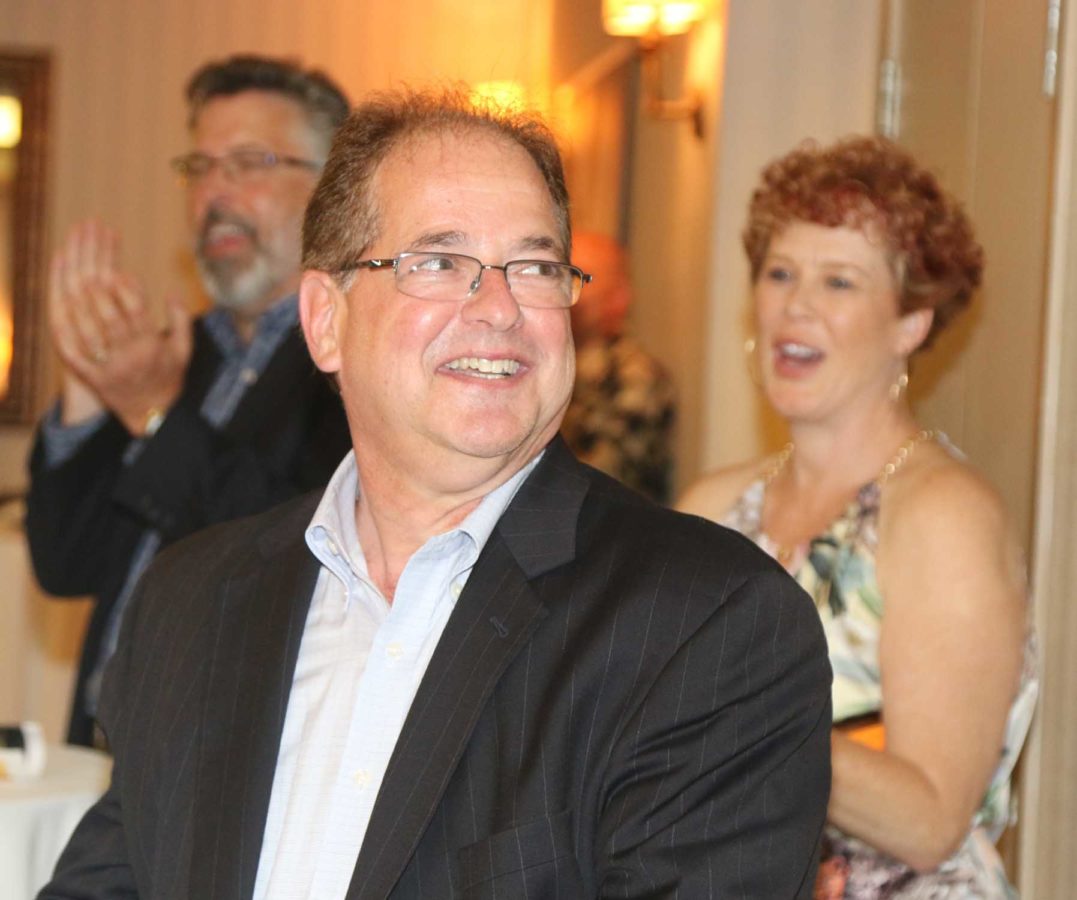 Steve Goldstein was commenting to fellow Redondo Chamber board member Ann Garten about the fact that neither of them had ever been honored as Man or Woman of the Year when he was shushed by 2011 Woman of the Year Mickey Marraffino.

The reprimand came just as Cris Bennett, the chamber’s 2017 Man of the Year announced the 2018 honoree Friday night at the Chamber’s annual installation dinner at the Portofino Hotel.

Bennett described the honoree as a former chamber chair, business owner, musician, and author of the “LA Gravesite Companion: where the VIP RIP.”

The Man of the Year honoree, Bennett announced, was Steve Goldstein.

“I’m tonight’s emcee. I’m supposed to wrap things up,” he said after ascending the stage. 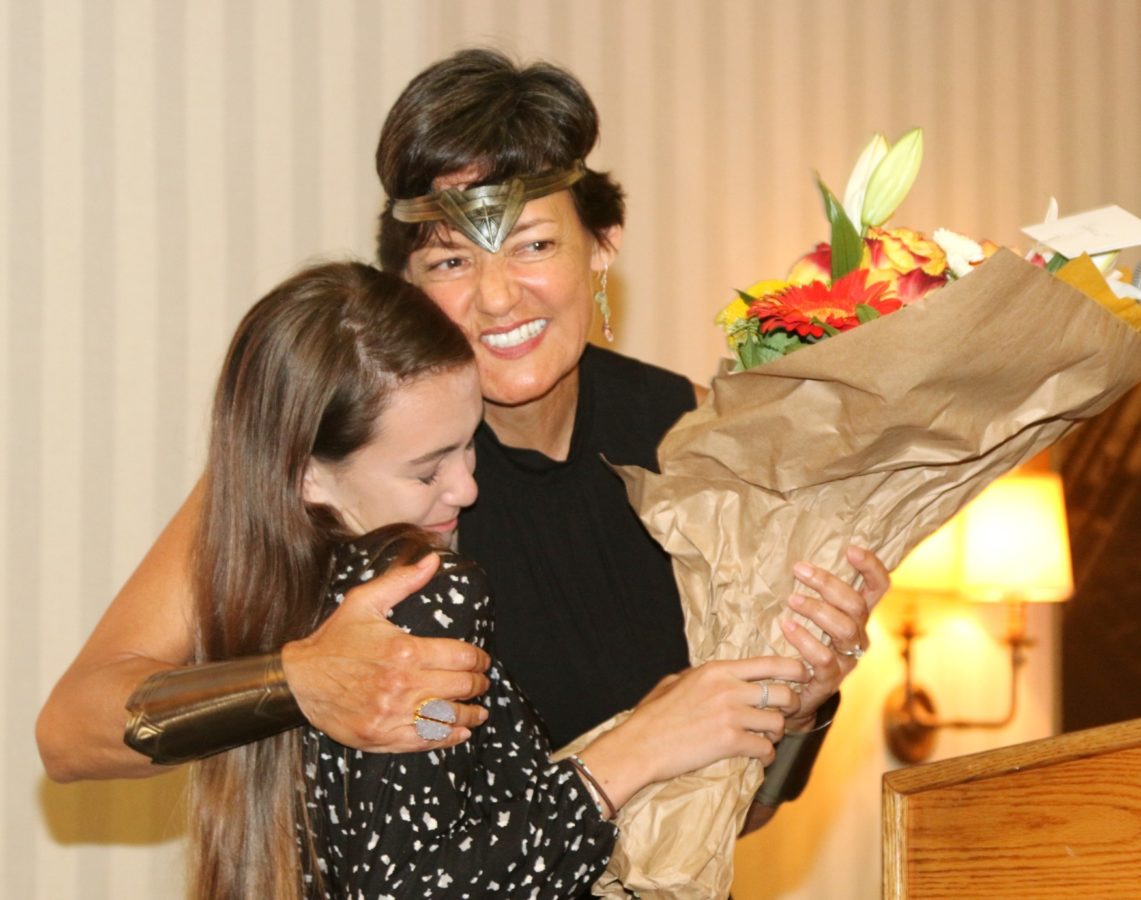 The Beach Cities Health District’s Laura Nakano is congratulated by niece Ella Nakano on being named Redondo Beach Woman of the Year. Photo

Laura Nakano, director of the Beach Cities Health District Blue Zone Project, was honored as the Woman of the Year. Under her leadership, Blue Zones has earned national recognition for improving local health through its implementation of Walking School Buses, “moai” walking groups, the “80 percent rule” (eat until you are no longer hungry, rather than full) and Wine @ 5.

Assistant city attorney Cheryl Park was honored as City Employee of the Year. City manager Joe Hoefgen described Park as a “lioness in the room” despite her avoidance of the spotlight, and an all-around talent who is often the last to leave following late night city council meetings.

Tonya McKenzie of Sand and Shores and Nadia Antii of Riviera Wealth Management were honored as Chamber Ambassadors of the Year.

The Chamber Volunteer of the year was Sai Nanthavong, of First Foundation.

The new chamber board was sworn in by Assemblyman Al Muratsuchi.

Marraffino was honored for her many years on the chamber board. She had termed out, but nonetheless vowed to “bring back the Lobster Festival.”