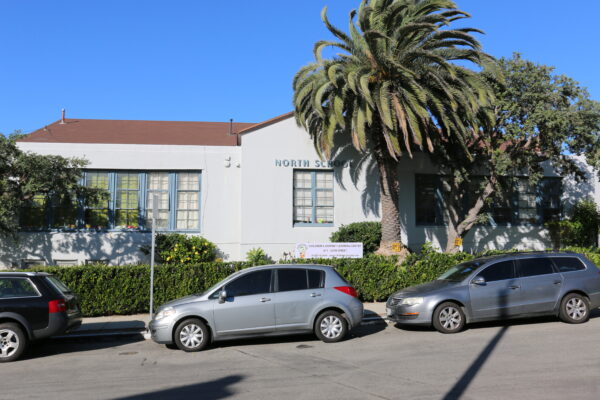 If a bond measure were to pass, North School, above, would be re-opened for district children. Photo .

Hermosa Beach voters will have another chance to ease overcrowding in the city’s schools next year.

The Hermosa Beach School Board unanimously approved a resolution Tuesday night to put a $59 million school facilities bond measure before voters in June 2016. The funds would be used to re-open North School, modernize Hermosa View and Hermosa Valley schools, and improve other district facilities.

Board members were confident that, with proper community outreach, Hermosans would rally around the measure.

“If we can be effective in getting the information across, this should be, dare I say, a pretty easy decision for voters,” said board member Mary Campbell.

The failure of Measure Q prompted some soul searching by the board about how to remedy increasingly crowded conditions in the city’s schools. Many students are receiving instruction inside temporary trailers, and the district repurposed a teacher’s lounge to provide additional space.

Earlier this year, district officials had considered launching another bond measure that would have appeared on last week’s ballot. But the board ultimately decided against it, reasoning that it needed to alter its approach to assure passage.

“It wasn’t that long ago that we were licking our wounds,” said board president Patti Ackerman. “We’re going to it right, we’re going to do it this time.”

The new bond measure presents voters with a far narrower range of capital outlays. Measure Q sought $54 million in construction funds, near the middle of a described projects range of $33.5 million to $76.4 million, said John Isom, a bond advisor for the district,

By contrast, the resolution approved Monday night seeks a bond of $59 million, based on a range of $58.3 million to $67.8 million.

By providing a more specific range, and seeking the lower end of it, the district can gain the trust of voters and still accomplish what it needs, Isom said.

“The lower option still provides very nice facilities,” Isom said. “And there are voters out there who would prefer you take more modest approach.”

Other concerns were also on the board’s radar in advance of a vote. Isom presented the board with the results of surveys the district conducted in January and June of this year assessing voter’s issues with Measure Q.

The most common problem voters cited was concern over the fate of Valley Park.

North School borders the popular park. The district currently leases the space to a pre-school and an adult school. Previous construction plans had indicated that, as part of the re-opening, the district was considering paving over a portion the green space to provide parking.

The district held a series of community meetings following the failure of Measure Q to address such concerns, leading to a revised capital improvements plan for North. The revised plan presents two parking options, one underground and one on the surface, neither of which will impact Valley Park.

The board tentatively settled on a rate of $29.50 per $100,000 of assessed property value. They chose that over the cheaper option of $26, because the higher rate would allow the district to collect the $59 million in five years, while the lower rate would take 14 years.

The difference is significant because it would likely allow for lower construction costs. Although the district also has capital improvement plans for Valley and View, the North proposal is the most expensive, and re-opening a new facility would make the biggest dent in overcrowding.

“Since the biggest project is what we need to address first, I’m going to favor the higher rate,” Ackerman said.

Board members said that such a disparity should be a part of the district’s messaging as the election approached.

“We need to get the message out,” Campbell said. “Unless people internalize this stuff, [the measure] may just look like an increase, when really it’s not even necessarily enough to cover it all.”