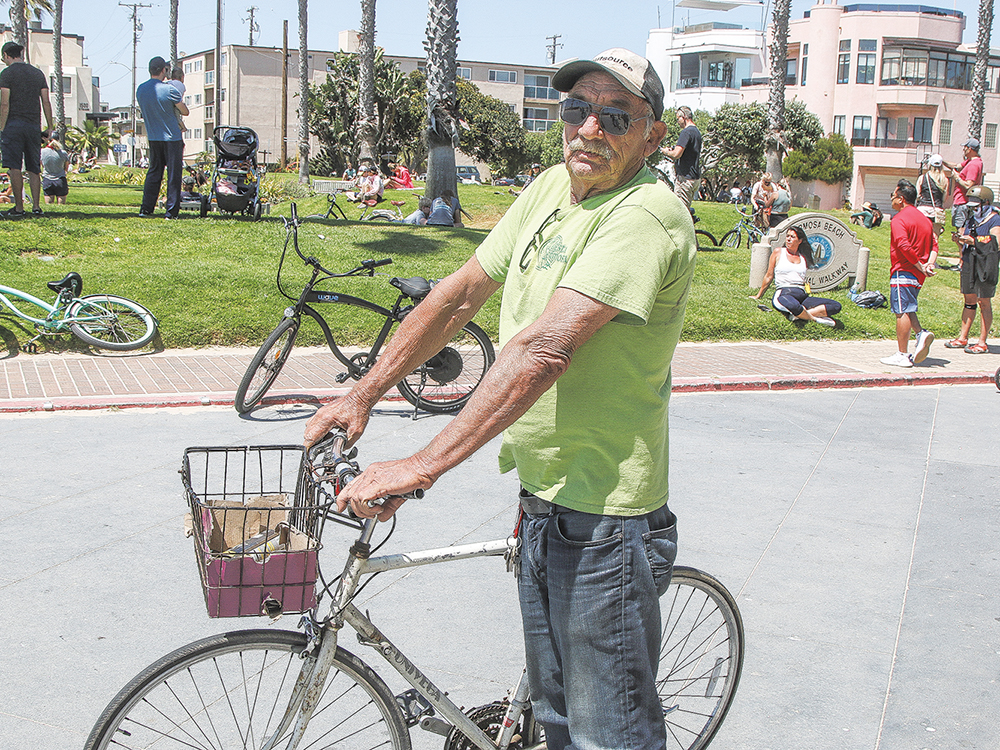 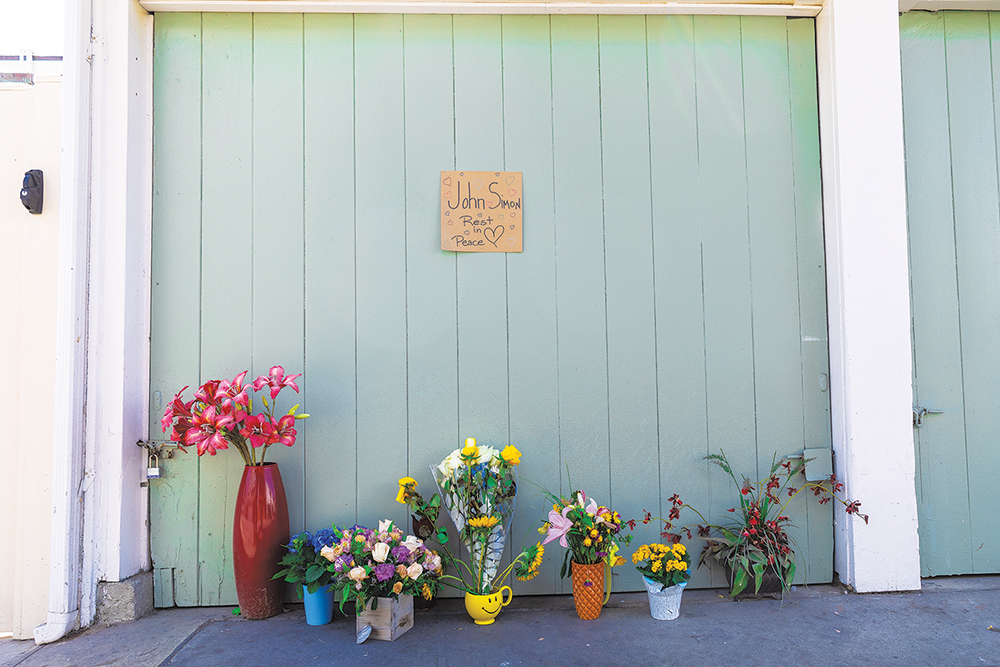 Flowers left in memory of John Simon at the downtown Hermosa Beach garage where he restored bicycles and repaired appliances.

A paddleout for longtime Hermosa Beach resident John Simon will be held Saturday morning on the north side of the Hermosa Beach. Simon moved to Hermosa from Port Vue Pennsylvania in the late ‘60s and became a walking encyclopedia of Hermosa history from that era. He worked at Robinson Helicopters, and, in 1968, helped Mick Felder open his body shop. In later years Simon applied his encyclopedic knowledge of how things worked to repairing everything from autos, and bicycles to household appliances for friends and neighbors. Simon passed away in April from stomach cancer at age 73.