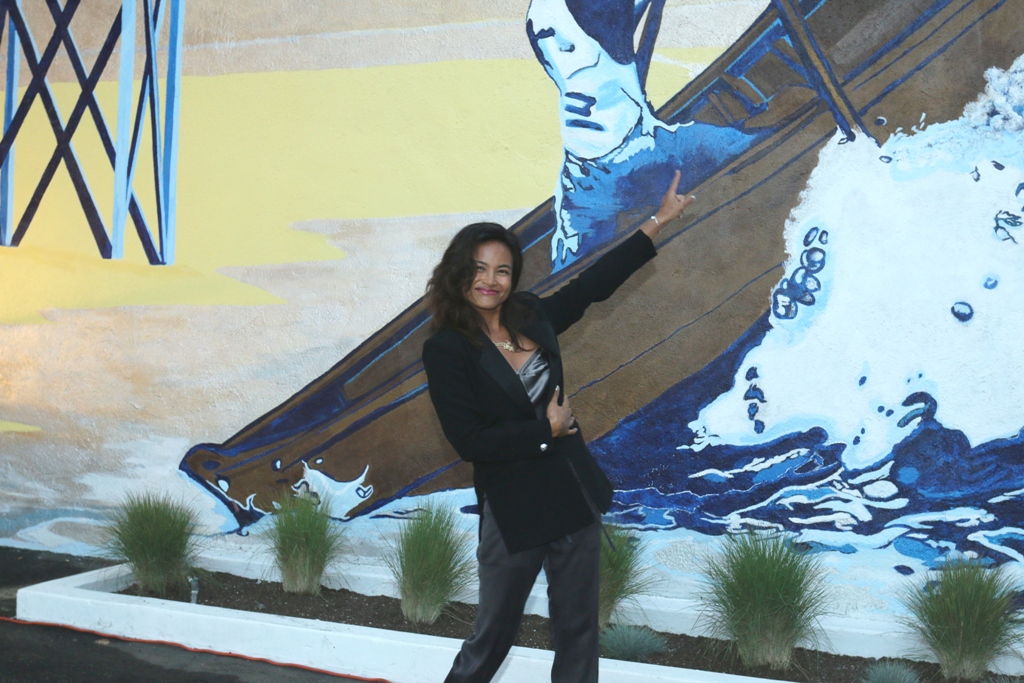 Redondo Beach artist Joanna Garel’s 20-foot tall, 30-foot mural celebrating beach lifeguards was unveiled Wednesday evening on the side of Mediterraneo restaurant in downtown Hermosa Beach. The mural is the seventh to be commissioned over the past seven years by the non profit Hermosa Beach Murals Project, which plans to complete at least three more. 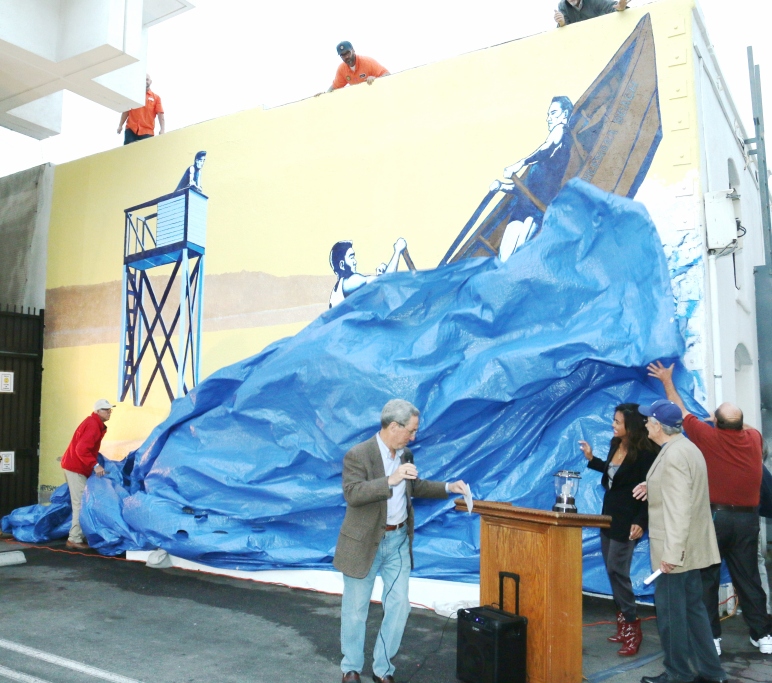 Garel, a Toronto native who came to the South Bay 20 years ago in pursuit of an acting career, said she took up painting just three years ago. Her mural depicts two lifeguards against a bright yellow sky, rowing a dory through steep waves as another lifeguard watches over them from a lifeguard tower. 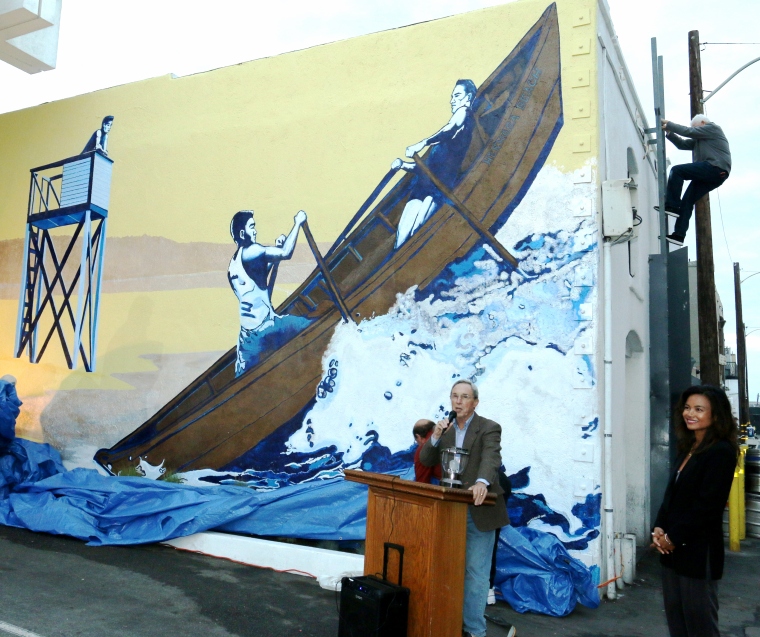 All seven murals are on walls donated by property owners and funded through donations.

Previous murals document the old downtown, beach cottages, beach swimsuits,  surfing, jazz and, last year, beach volleyball. Mural Project board member George Schmeltzer said that Garel’s mural differs from most of the others because it is painted  directly on the wall, rather than on a canvas attached to the wall. For more information about the Hermosa Beach Murals  visit HermosaMurals.org. ER