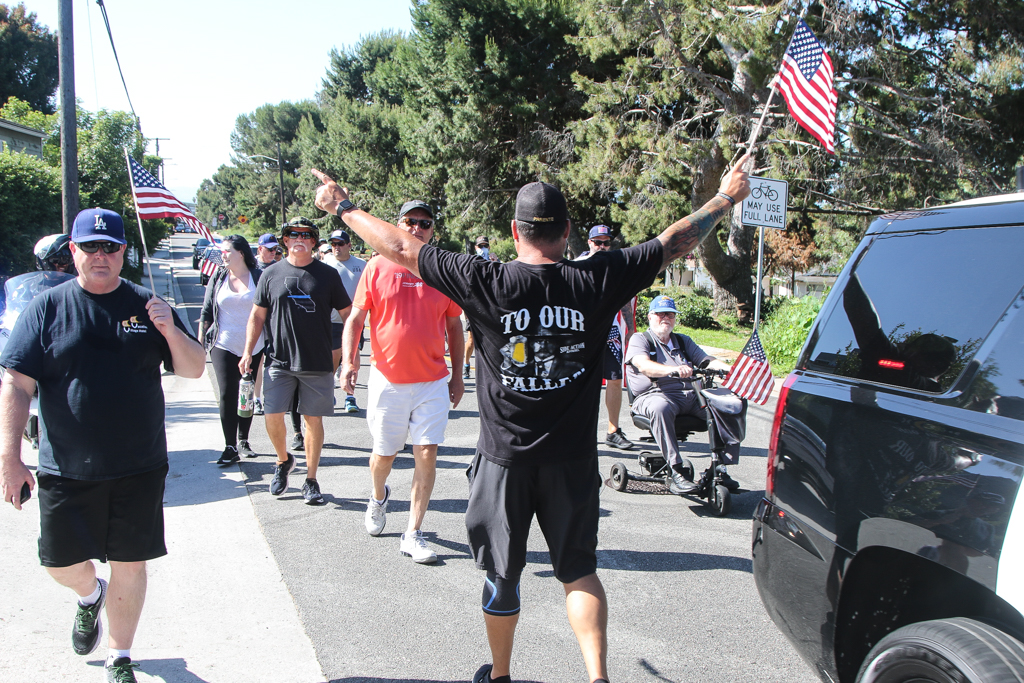 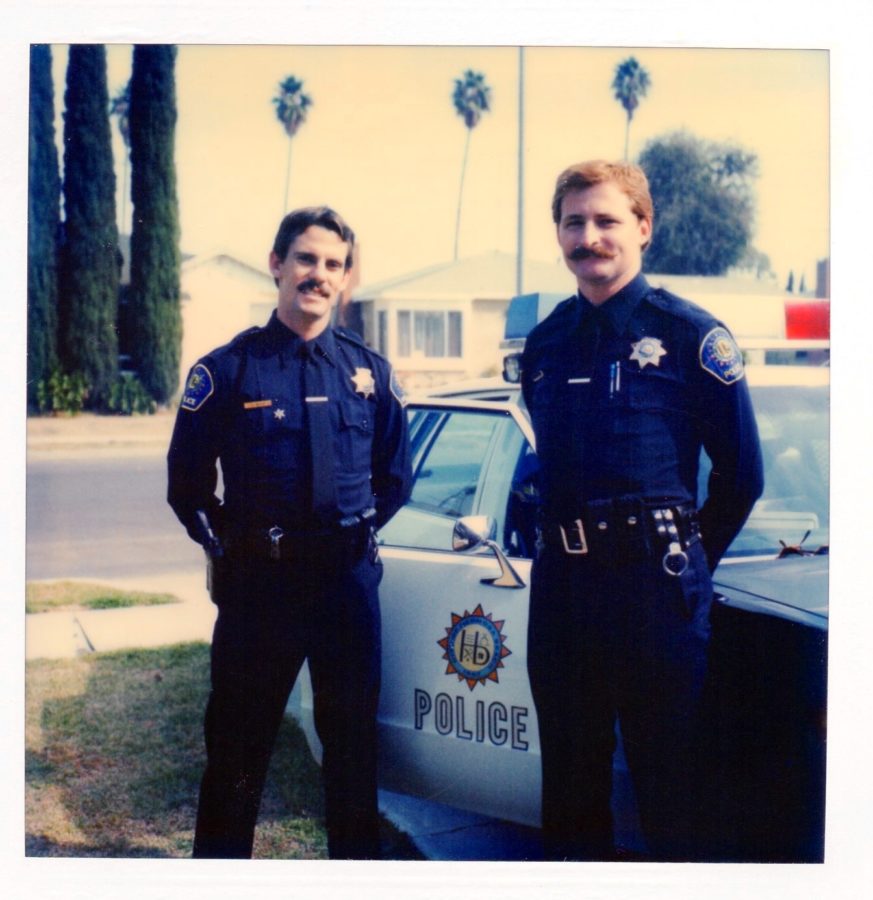 The march began at Harbor and Diamond drives in Redondo Beach, and stopped at the Gary Moss Memorial in front of the Hermosa Beach Police Department. The marchers, escorted by motor officers and squad cars, then followed Ardmore Avenue to the Martin Ganz Memorial at the Manhattan Beach Police Department and then continued on to a second memorial for Ganz at the Manhattan Beach Village Mall. 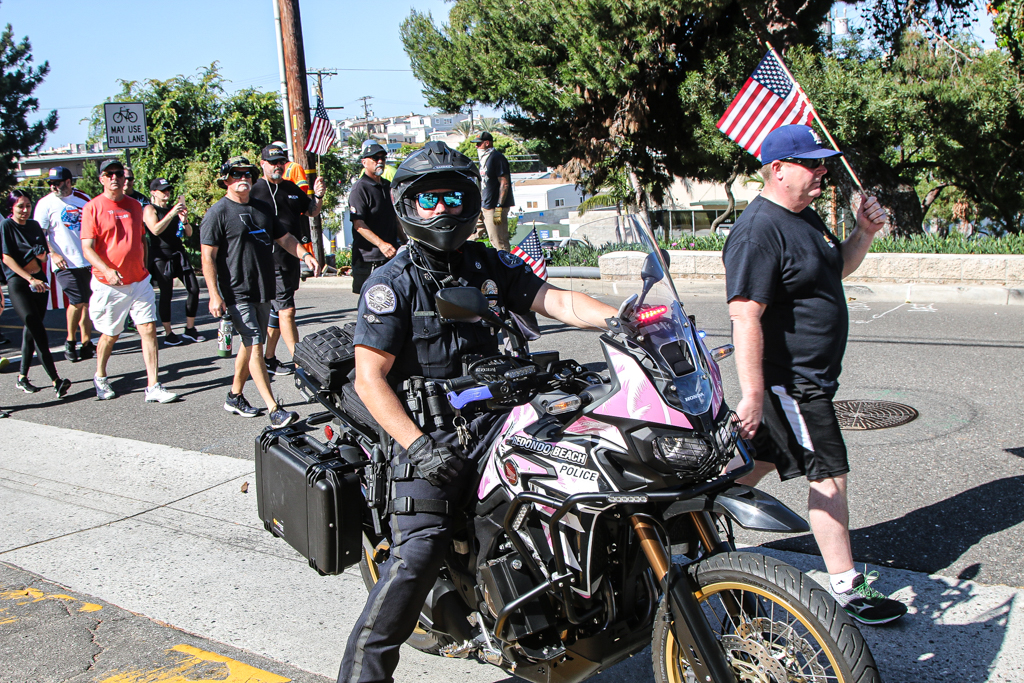 Moss is the only Hermosa Beach police officer to have died in the line of duty. On June 20, 1982, he and fellow motorcycle officer Paul Wolcott were pursuing two speeding motorcyclists when Moss collided with an automobile. He died four days later from injuries sustained in the crash. Moss was 26-years-old and had joined the department just 15 months earlier. 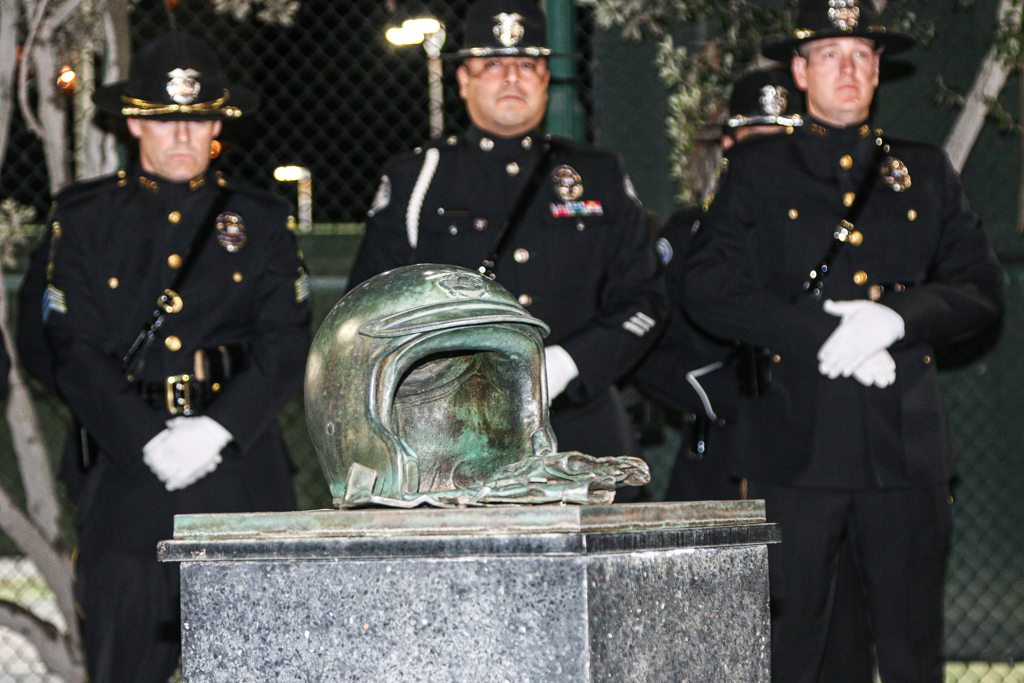 The Manhattan Beach Community gathered at the Martin Ganz Memorial in Live Oak Park in Dec. 2018, on the 25th anniversary of the police officer’s officer’s death. Photo by Kevin Cody

Ganz was fatally shot following a traffic stop at the Manhattan Village Mall on Dec. 27, 1993. He was 29 and a five-year veteran of the department. 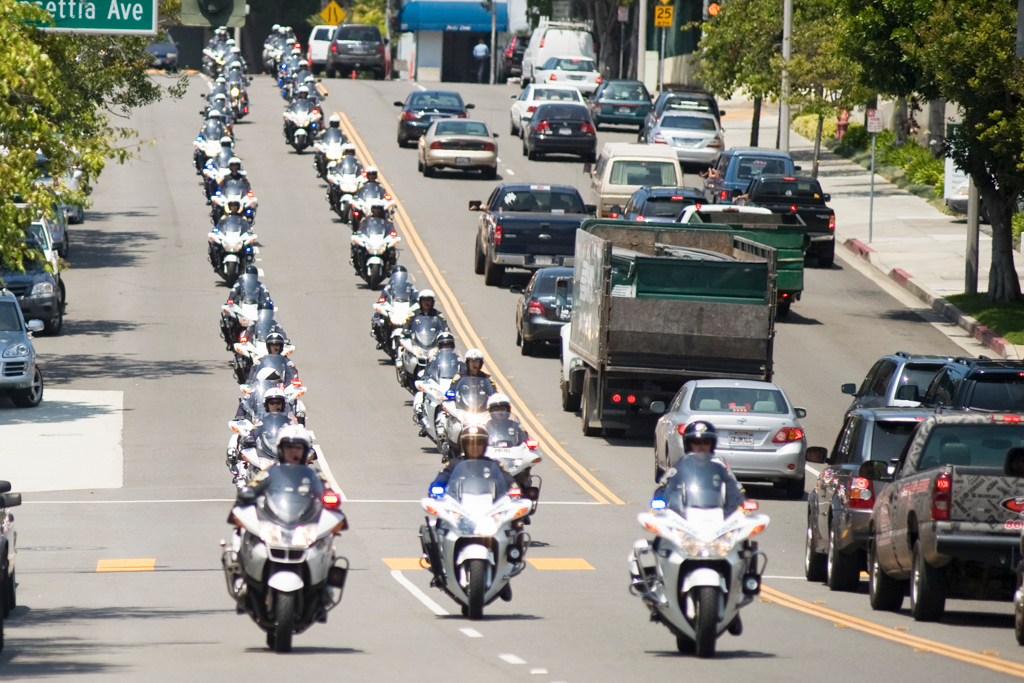 The marchers also remembered Manhattan Beach Police Officer Mark Vasquez, who died on Peace Officers Memorial Day, May 15, 2011. Vasquez joined the Manhattan Beach Police Department in 2005. In 2007, he was diagnosed with a rare type of blood cancer, Multiple Myeloma. His fellow offices nicknamed him “Superman” for the upbeat spirit he exhibited at work while fighting the disease.

The 8th Annual Mark Vasquez Memorial Blood Drive was to have been held Friday May 22, but has been cancelled because of the coronavirus social distancing orders. ER