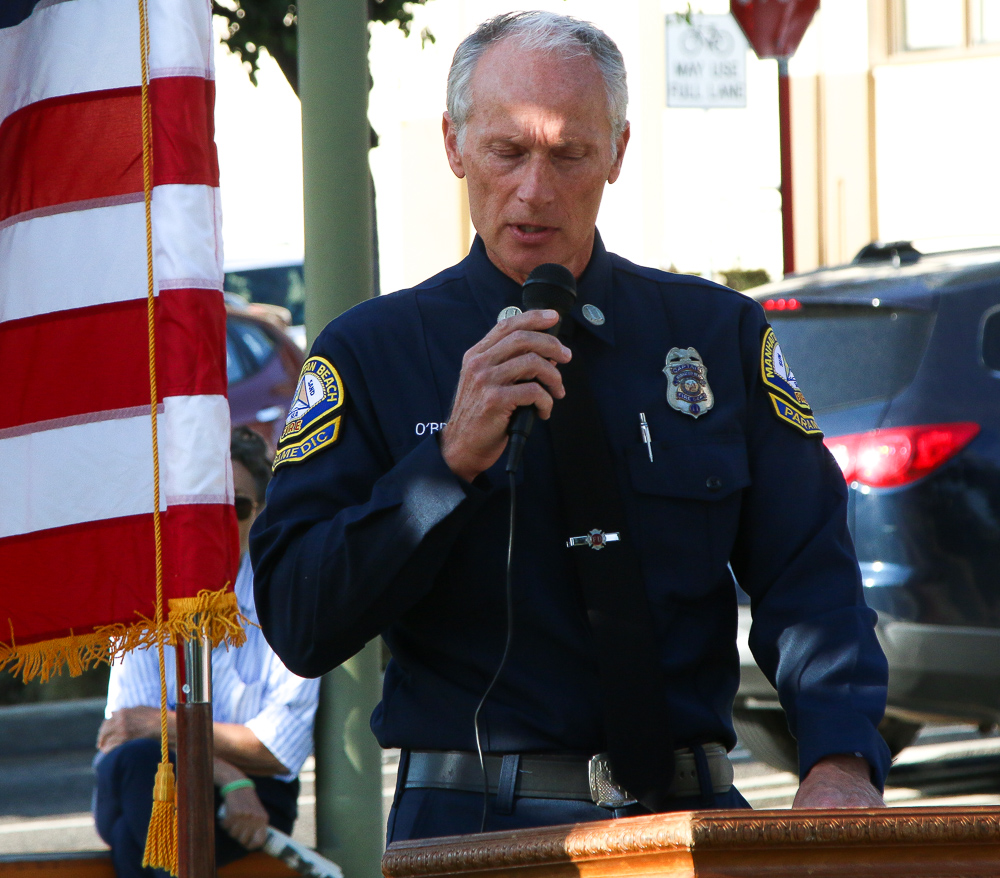 Editor’s note: Behind a simple bench facing two plain white pillars on the Hermosa Beach Greenbelt Wednesday evening, a crowd of perhaps 100 people gathered to remember September 11.  Among those invited to speak was Fire Captain and Paramedic Tim O’Brien, a 32-year-veteran of the Manhattan Beach Fire Department. The following is excerpted from his account of assisting in the 9/11 recovery efforts. The accompanying photos were taken by O’Brien and Sanders with a disposable camera.

Eighteen years ago today, I was working at our Manhattan Station 2. Jeff Sanders came in to work early and told us to turn on the TV. Soon, we were joined by some Sheriffs who had come to the Fire Station hoping to see what was going on. We watched the 9/11 attacks in stunned disbelief.

Because of technical rescue training Jeff and I had and through a relationship our former Fire Chief Dennis Groat had with a New York Fire Chief, Jeff and I were sent to New York to assist.

We took with us a specialized extrication tool that had been designed by John Wenckus an aerospace engineer who, in a twist of fate, happened to be on flight 11, which crashed into the North Tower. 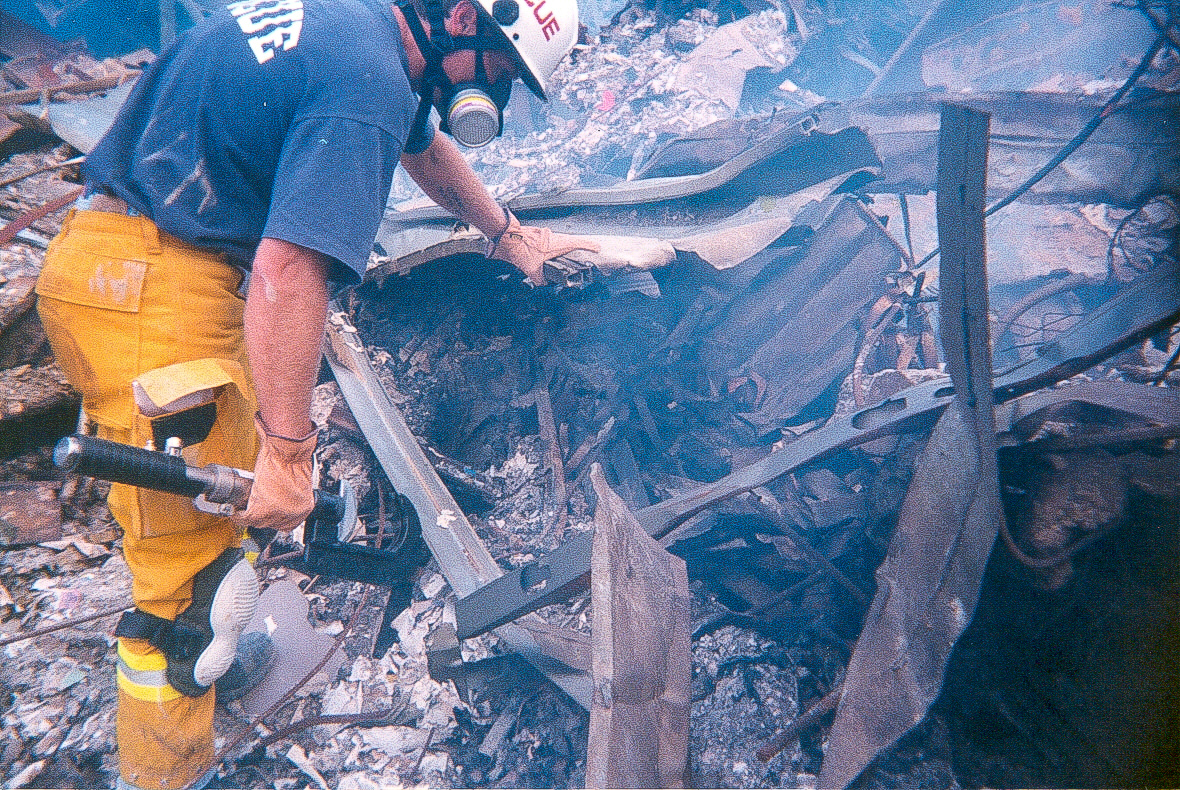 I remember saying goodbye to my family: my girls were 3 and 5. Soon they will both be out of college.

We were assigned to the New York Fire Department and the New York Police Department Emergency Services Unit (ESU) search and rescue teams. They called us “California.” “Hey California, write your social security number on your arm with this permanent marker, we are going deep today; we are going to find someone.”  Wee would traverse the sea of twisted steel, looking for voids or signs of stairwells and make our way down, but frequently were pushed out by smoke or gas or impassible situations. Twelve hour shifts, a couple hours to clean our equipment and shower, get something to eat, have some restless sleep, then back to the pile. 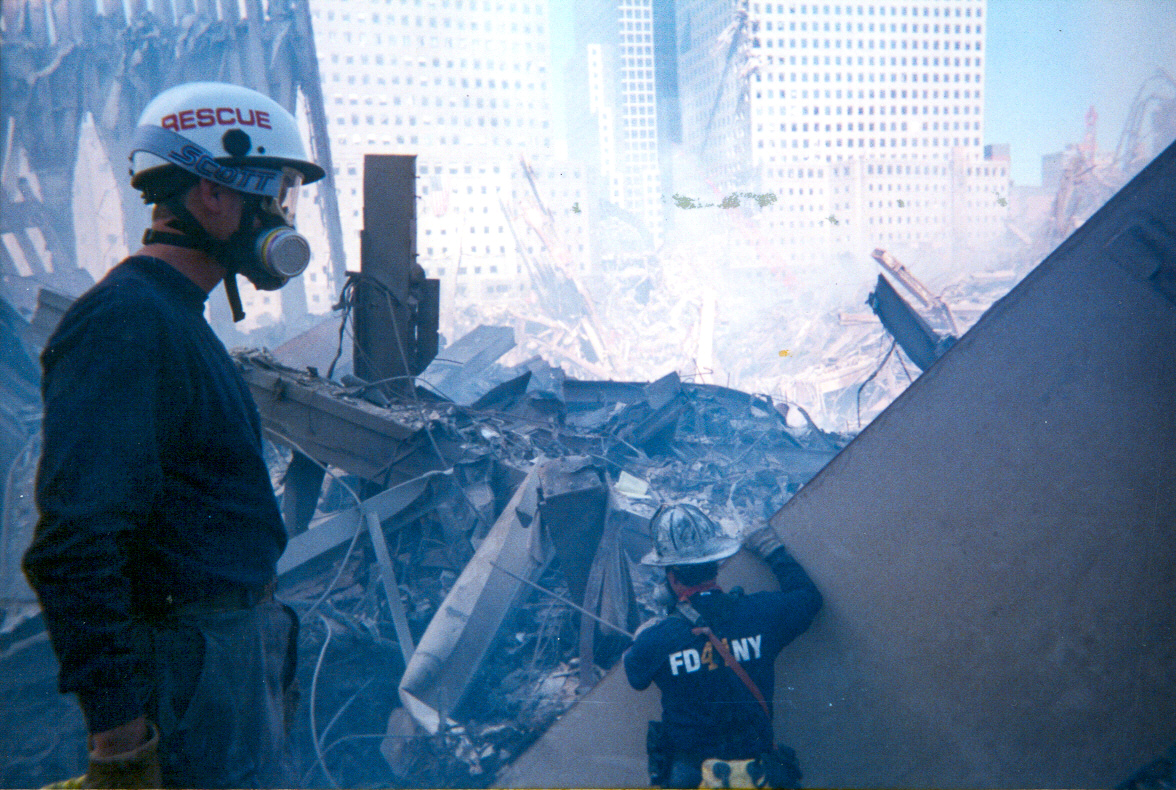 The guys we were assigned to each had a story to tell, and many of them leaned on Jeff and me to tell their stories to. The coworkers they lost. The friends they lost. The family they lost. They told their stories to us because we didn’t have a story of our own to tell. They didn’t have to worry about piling their pain on ours. Jeff and I became a listening ear, and a shoulder to lean on and I believe contributed meaningfully on a human level while we worked. I think you would have been proud of Jeff and me. 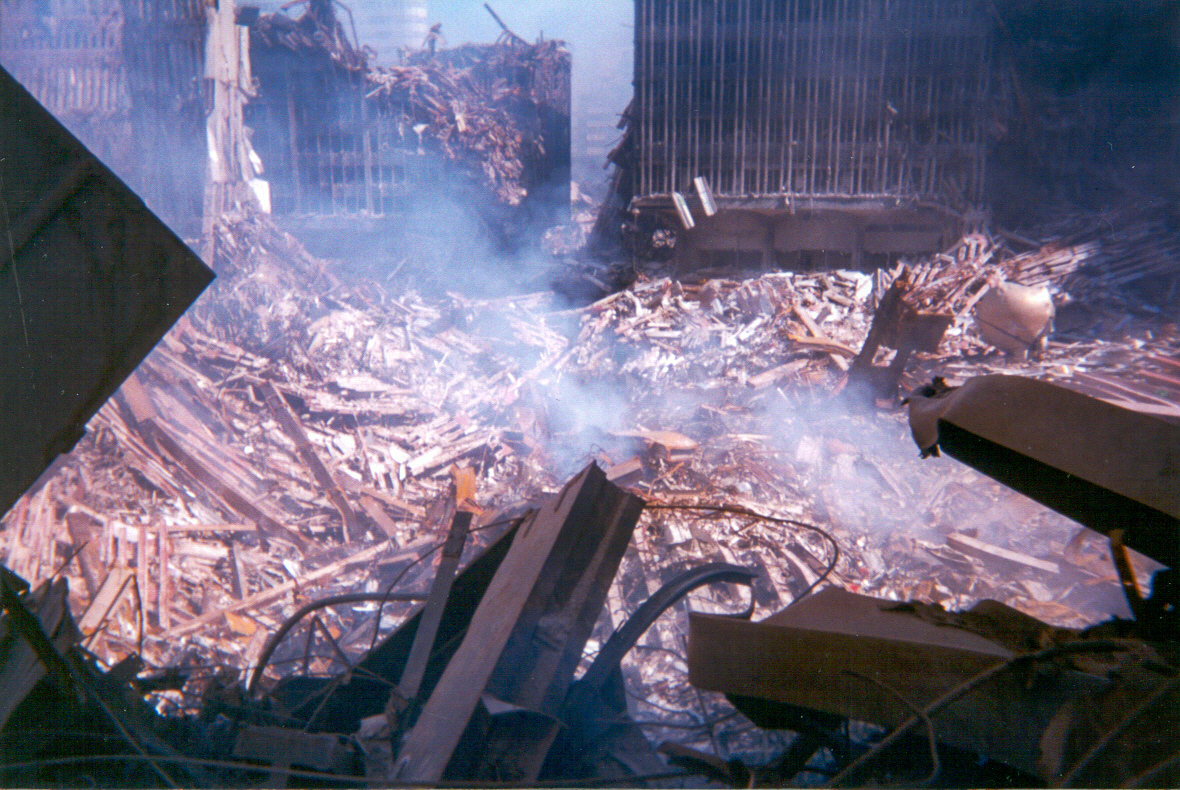 I came home with images that stayed with me. In one particularly vivid dream that I clearly remember 18 years later, I am in one of the towers helping people escape as the tower begins to fall. In my dream, it doesn’t fall straight down, it falls over and the furniture is sliding past me. I know I am going to die and leave my family, but it happens so slowly that I have time to ponder the profession that I have signed up for and the oath I have taken. 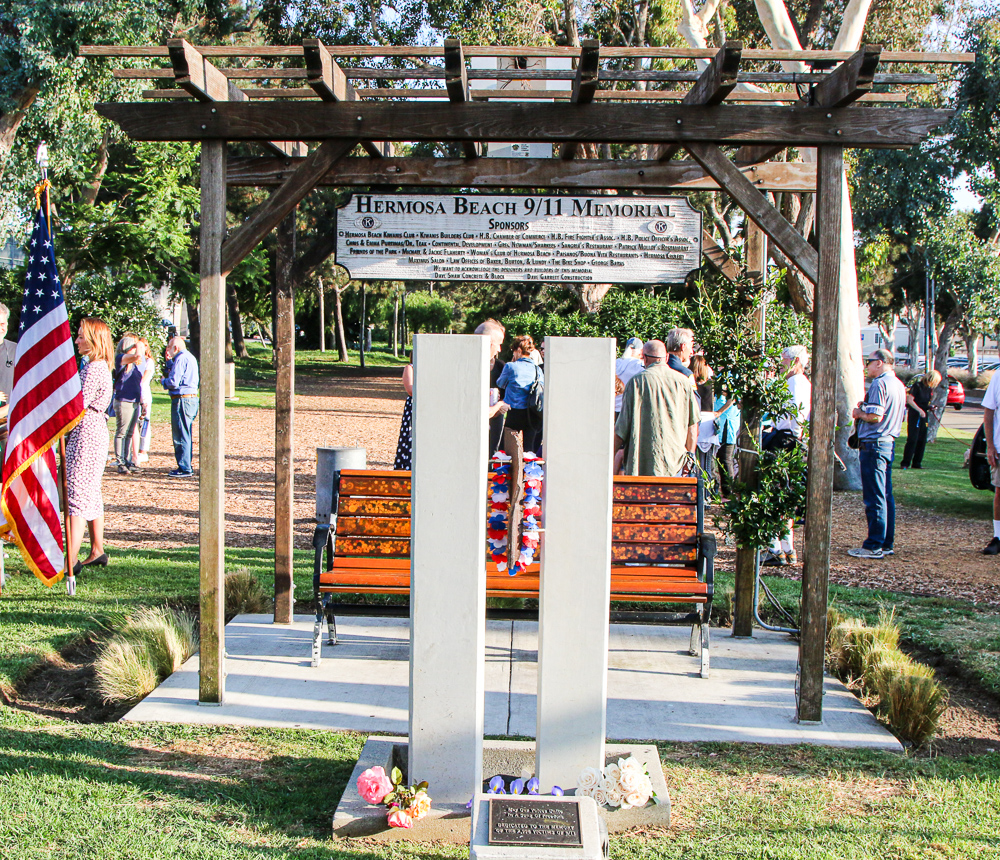 Those entering college now don’t have an independent recollection of 9/11. So it is up to the older generations to remember, and explain. Memorials like this help create a healing space to do so and as the plaque in front of this memorial suggests, “Have our voices unite in a song of freedom.”

For firefighters and Police officers, there is an additional layer of meaning. Memorials like this remind us of our oath to protect and serve, and do so with courage and honor. ER

more from Lovesindoom - 4 minutes ago