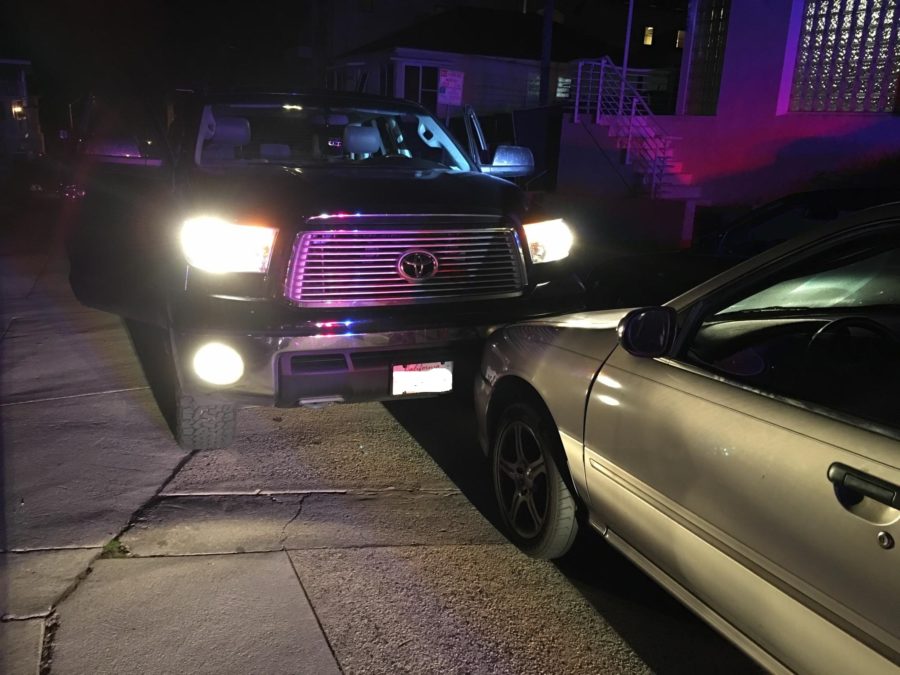 A Hermosa Beach resident and his 11-year-old son were driving up 25th Street in Hermosa Beach Friday night, returning home from a ski trip to Mammoth, when they saw a small sedan with its lights out, approaching them at a high speed, pursued by four Hermosa police cars.

“We were by Valley Park, where the road is real narrow. So my dad stopped and the speeding car stopped. Then my dad rammed the other car,” the son said.

The dad attributed his response to an overactive “fight or flight” reflex.

“I was going to back up to let him get by. But then I saw the police cars and it looked like he was going to try to ram me. So I thought, ‘Screw you. My Toyota Tundra is three times the size of your Nissan Sentra. So I punched it,” the dad said.

He said his truck suffered only minor damage

The driver of the stolen car fled, leaving behind his female passenger, who was taken into custody. Police sealed off the area bounded by Ingleside Drive, 30th Street, Morningside Drive and Longfellow Avenue. Neighbors were told to stay in their homes. A LAPD helicopter joined in the search but police were unable to locate the suspect. ER