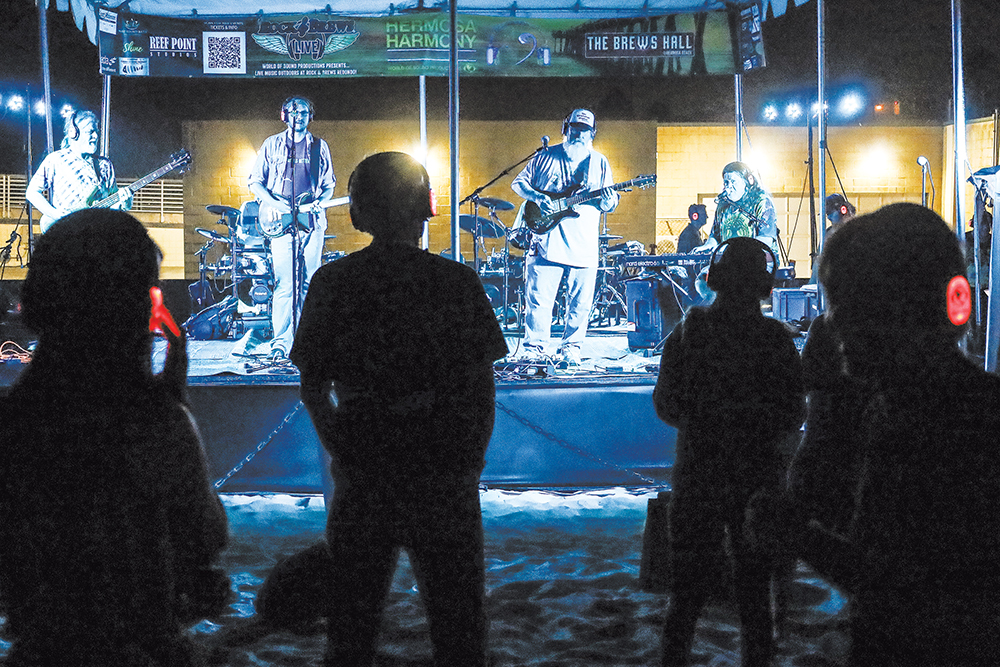 Fans listening to Grateful Dead tribute band Cubensis on the beach in Hermosa on Saturday, heard the music through hi-fidelity, wireless headphones. Photos by Kevin Cody 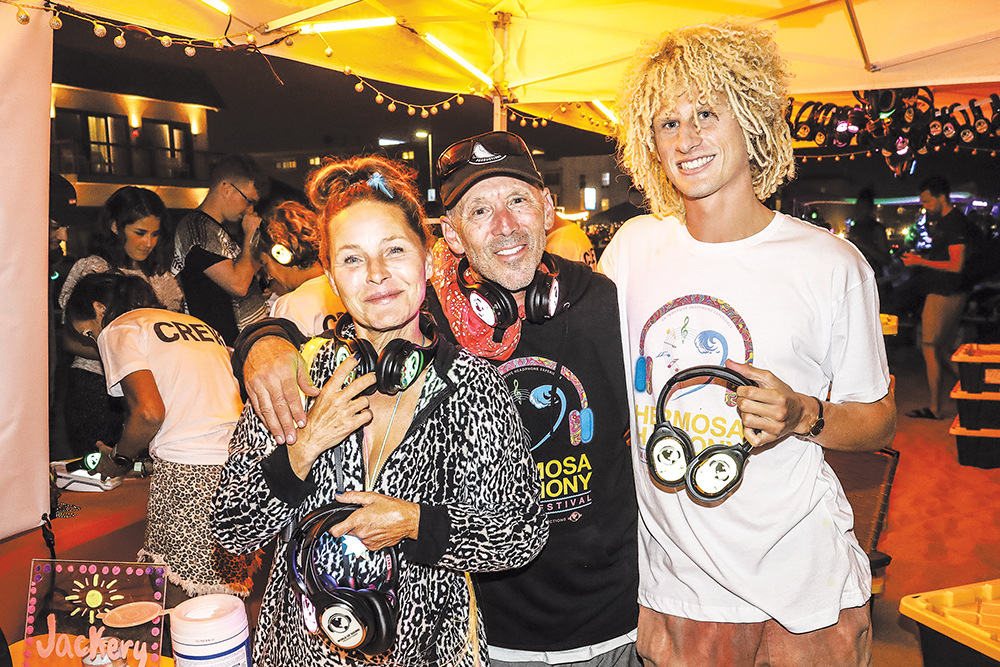 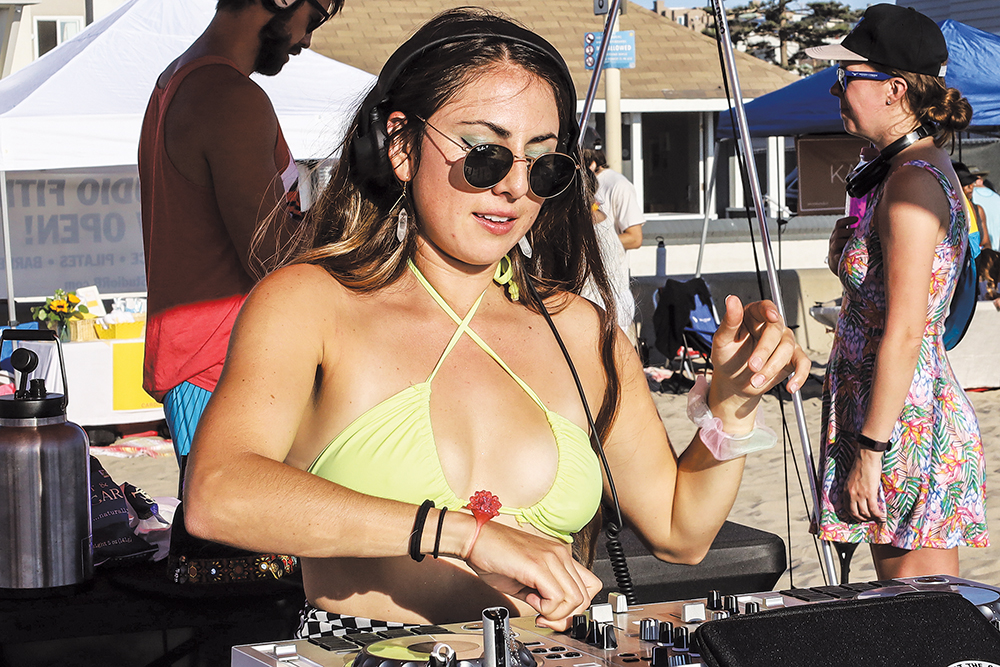 A DJ sets the tempo for dancing on the beach.

The Hermosa Harmony Festival, the first ever beach headphone concert, drew over 1,200 fans last Saturday to the south side of the Hermosa Beach pier.

The family-friendly event featured bands, DJs, and yoga on five stages, broadcasting over five channels to the hi-fidelity headphones issued to the fans. Tickets were $40. A fee for the headphones was refunded upon their  return at the end of the festival.

“The mission of Hermosa Harmony Festival was to bring the community together for music outdoors,” said Malovani. “It’s all based around connecting and collaborating with kind, creative people.”

“It was just such a magical combination of the South Bay community,” Lawson said. “Everyone’s had a weird couple of years. Everyone’s so polarized. But we’re all human beings and art is a message of love that communicates to everyone, no matter what walk of life you come from.”

The wireless headphones showed colors corresponding to each of the five stage channels and transmitted far enough for fans to walk along the water’s edge.  When night fell, a sea of multicolored bobbing, dancing neon lights emerged. The blue crew at the Ecstatic Dance Stage spun in a tribal frenzy. The pink headphone crowd at the Better Together Stage pulsed to house rhythms. The yellow tribe at the Wellness Stage was enlightened by speakers, yoga and an acoustic performance by Kat Hall. The green squad at the Captain Funk stage was delighted by the DJs, and of course the dedicated red heads at the live music stage danced the night away to local bands Latch Key Kid, Kat Hall, Barley, Acoustic Graffiti and Cubensis.

“It’s really quite the different thing and it’s amazingly wonderful,” he said. “It’s just so clear. Everybody can hear exactly what we’re doing…there’s so much definition. We were able to get individualized mixes for each of us.  For a musician, that’s really the ultimate experience.”

“This was our first all-headphone beach show, so we were really proud to be a part of it,” he said. “Through the headphones, the music sounds crystal clear, like you’re listening to a stereo, but it’s a live concert.”

The band treated fans to a stunning acoustic rendition of Zeppelin’s classic “Going To California,” complete with mandolin, as the golden sun turned red, and set in the warm sea. An impromptu sea stage emerged, with dancers dipping in and out of the water while enjoying an iconic Indian summer, October sunset, their shadows soulfully, slowly disappearing into the night.

People mingled, walked the beach and laid on beach towels, browsing through the many different sounds the festival had on offer. The entire festival was run on solar power, which fueled it well past sundown.

“It was fun for us to run and dance around as a family, bouncing on the trampoline with all the glowing lights,” she said. “Everyone was dancing to their own channel at one point. The kids loved it. We stayed all day and night.”

“We want to take this show on the road, to other beaches up, and down the coast of California, and ultimately stage headphone, sunset concerts around the world,” Malovoni said.

“The festival experience really excites me,” Lawson said. “I love camping, and I love the outdoors, and being on the beach. To be out in nature and experience the music and the passion and energy that it creates, that’s what I like.”

World of Sound Productions plans to bring their pop-up utopia back to Hermosa Beach soon, as well as to Joshua Tree and other natural  locations. Check out worldofsoundproductions.com for upcoming events. ER