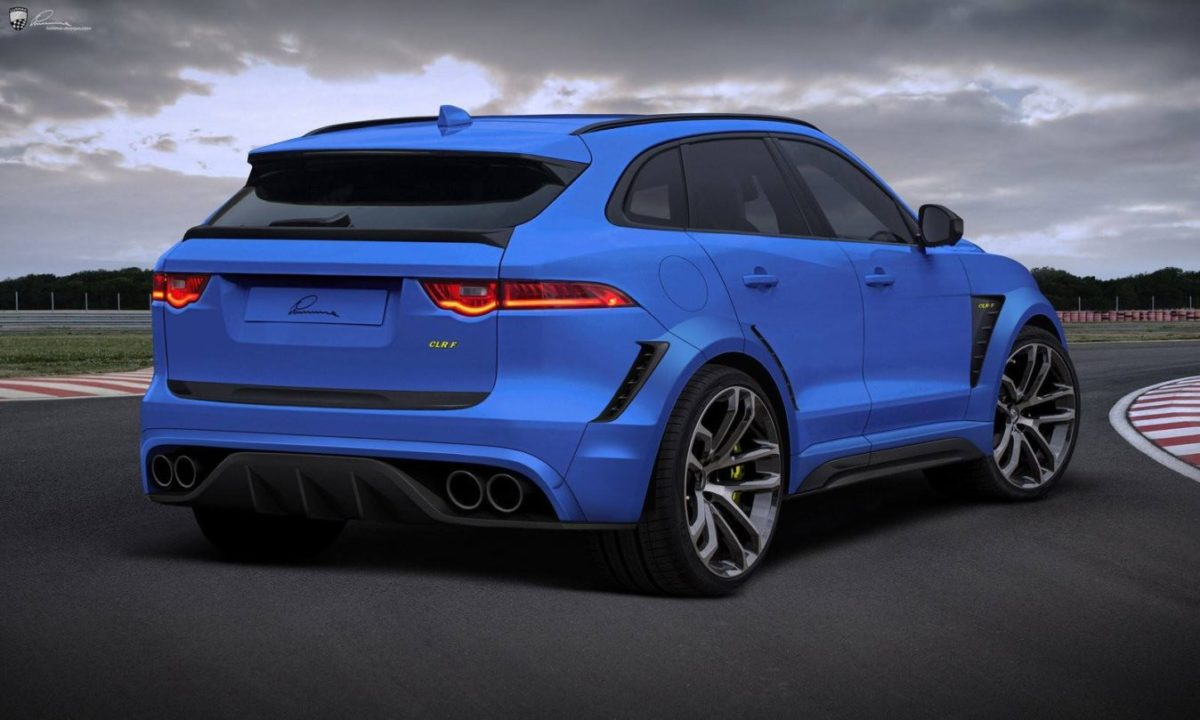 Recently I was given the opportunity to test drive a Jaguar F-PACE SVR sport utility vehicle and came away very impressed.

This vehicle is not just another SUV crossover — not even close. In almost every way you can subjectively judge a vehicle Jaguar has gone above and beyond with the F-PACE.

It’s obvious that real attention to detail — from the exterior fit and finish to the precise stitching of the leather dashboard and seats — has been paid to this vehicle. The F-PACE is the kind of SUV that you can take your mother in law to the airport in the morning and not completely cringe at the experience.

In creating the F-PACE, Jaguar Land Rover (JLR) clearly didn’t mess around with the powerplant by installing a supercharged 5.0-liter V8 engine that produces 550 horsepower and 502 pound-feet of torque. That engine is mated to a smooth and quick-shifting automatic transmission.

While the F-PACE may exude British elegance and understatement on the outside, a true beast lurks under the hood. From a dead stop the F-PACE will do 0 to 60 in a blazing 4.1 seconds which means it competes or beats several other high-powered SUVs out there. My tester is rated to top out at an impressive 176 mph.

Switch on the F-PACE’s “Dynamic Drive” mode and you’ll notice a significant increase in throttle response, quicker gear changes and a satisfying audible exhaust grunt to complete the experience.

My tester handled in a way that would make you think it’s not a crossover SUV but a low-slung sports sedan. Corners are taken with confidence and with a minimum of body roll. This vehicle isn’t just a suburban dandy, either. I found it would easily eat up and spit out unimproved, rutted roads with ease.

JLR also put in Bilstein adaptive dampers, bigger springs and a stiffer rear antiroll bar that will inspire confidence in moving around corners. 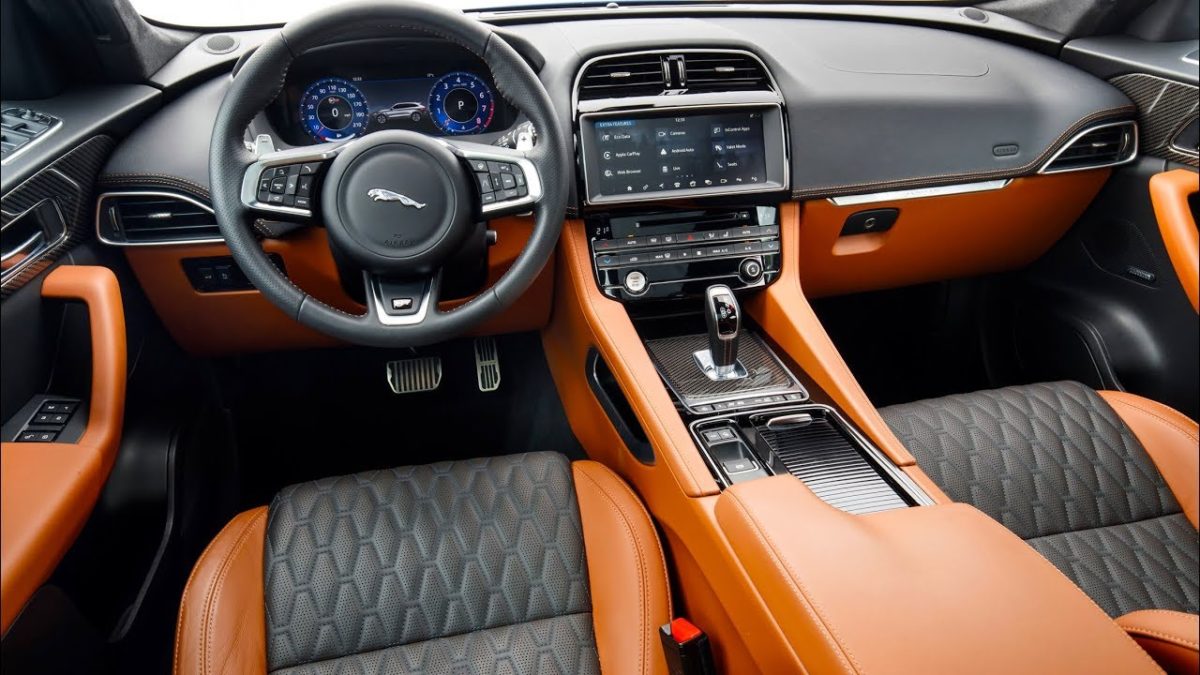 The F-PACE’s big air dams in the front fender and its hood vents aren’t there for decoration. No, they help keep the big V-8 cool. And the rear spoiler isn’t just for looks, either. It helps keep lift down while at speed.

The cabin, as you might expect from Jaguar, is resplendent in British-style luxury. The butter-soft quilted leather seats are super comfortable but also supportive in that they do their jobs in keeping you in one place as you corner and take curves.

Those same leathers are tastefully matched up with wood tones and inlaid sections of carbon-fiber to make up the interior’s beautiful interior brightwork. The controls are placed intuitively and are centered by a 10-inch navigation-entertainment touchscreen that, among other things, controls an amazing 17-speaker Meridian sound system. The unit also generates a Wi-Fi hotspot that will support as many as eight tablets or cell phones. Apple CarPlay and Android Auto are both integrated into the system.

Behind the second row, you will find 33.5 cubic feet of available cargo space. That space can be expanded to 63.5-cubic feet when you fold the rear seats down.

The F-PACE competes primarily with the Mercedes-Benz ANG GLC63, the Porsche Macan and the Alfa Romeo Stelvio Quadrifoglio.

My tester got 18 miles per gallon combined, 16 mpg in the city and 21 mpg out on the highway. The manufacturer’s suggested retail price for my tester, as equipped and trimmed out, is $89,900.

Final thoughts: The F-PACE SVR is simply a great vehicle that does a ton of things right. If you’re in the market for a high-end, high-performance SUV and can swing the investment, go for it. You’ll be glad you did.

Jeff Mitchell is a South Bay automotive writer. Reach him at j.edward.mitchell@gmail.com