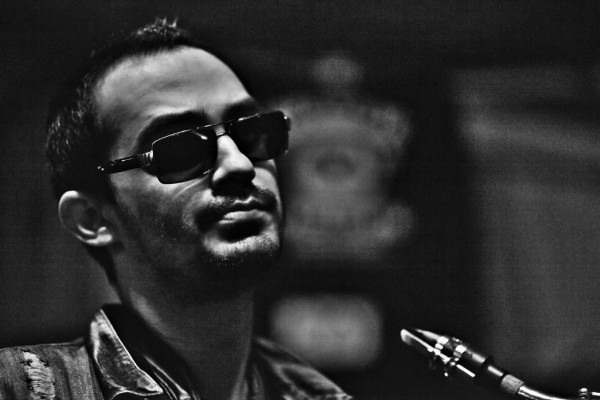 The saxophonist Zane Musa will be honored with a show headlined by Joe Firstman and Kamasi Washington at Saint Rocke on April 8. Photo by Daily Pike/Photosnatcher.com

The saxophonist Zane Musa will be honored with a show headlined by Joe Firstman and Kamasi Washington at Saint Rocke on April 8. Photo by Daily Pike/Photosnatcher.com

I met the saxophonist Zane Musa in Hollywood around March of 2000. He and I were both 20 years old then. I had met Ryan Feves, a bassist, the week before. He and trumpeter Mike Bolger were busking in front of Counterpoint Books on the Franklin block and I had recently started up playing weekends at Prizzis Piazza just a few doors down. It was a busy weekend night. I made a quick walk up the block to see the scene and there the duo was in their three piece suits and beards, on the curbside, wailing away.

“What are y’all doing out here?” I asked in between songs, after dealing a few dollars into the trumpet case at their feet. “Come inside, have dinner and jam with me down the block. I will pay you!”

After the jam, all improvised, Feves suggested that his friend Zane Musa should come play and we set it for the next Friday night.  Musa. Good name. Feves introduced me to a lot of inspiring musicians — the Hamilton High kids, The Cal Arts kids, the Inglewood kids — and through all of them I came to know many of the brilliant individuals who make up the Los Angeles jazz scene. It is a scene so inexplicable, so harsh and true, that sometimes even the most gifted of its artists get passed over, don’t get properly acknowledged, don’t become known, while all of us in the audience just admire them and their wondrous skill and instinct and ride upon the wings of their solos and wish maybe that we possessed some morsel of their brilliance.

And we know or care little of this tendency for some of them to become overwhelmed by their gift, uninspired by life and depressed. They live note to note, gig to gig. They live and die by them.

Zane showed up that next Friday. Long black hair. Jeans and a tight white tank top, suckin’ on reeds as he came in the door, sax thrown over his shoulder. His playing was blaring. It was heavenly. He raged on ever faster, higher, louder, harder as it got later. Hearing Zane play was like infinity or outer space. It was limitless. He had  some mystical power that his mind and fingers could translate into sound. There was nothing he could not do on a saxophone. 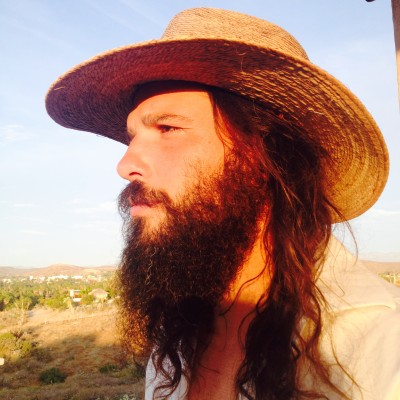 The Prizzis gig, and Zane, Feves, Bolger and I would soon move down the block to La Poubelle, and the band got bigger and eventually we moved it to Guy’s in Beverly Hills, where some of the most exciting and astonishing and innovative jazz played in LA in 50 years took place. Zane Musa, Kamasi Washington, Bolger, Feves, Thundercat, Tommy King, Donald Barrett, Brandon Coleman, Zane Carney, Ronald Bruener, to name only a few. Roy Hargrove would sit in, Christina Aguilera would sit in. Real musicians, extremely competitive, playing off of each and challenging each other. In some other beautiful language. Sometimes driving each other into the dirt or into the heavens. Unpredictability and fearlessness. Genius and punk rock. Madness and loneliness and lack of sex and lack of money and alcohol, lots of alcohol, and beautiful, beautiful women. Zane could push further than anyone, and in the night’s 15th or so solo, like lightning, could invent yet another variation on the melody or rhythm  when, after three hours of furious blowing the others had run out of ideas, swallowed the mic, and resorted to noise.

He had perfect pitch. He could write and play piano, flute and tap dance all at world class levels. I sang on his solo record,  and he was a regular in my late night TV show band. We played a lot of music together.

The TV show ended, I quit the jazz club and went on the road and didn’t see LA or the boys that much anymore. But I come to the jams whenever I’m in town, Teddy’s or Piano Bar or wherever. I always see Zane and we embrace and drink and laugh and I listen to him and the boys play and we celebrate and eventually I take off again and those guys you used to play with five times a week you only see once a year now.  And you wish you said more. Had more time. To tell them how much you love what they do. How they do it. Why they do it. How inspiring they are to you.

A chair squeaked once, in the house band’s dressing room at the Carson Daly show in Burbank. “E flat,” Zane said. “Prove that shit!” I said. He took his case off of his shoulder and stood it on the floor leaning the case against his knees, unzipped the top, pulled out the horn and hastily assembled the mouthpiece and played the e flat, exactly the same note and tone as the chair made and was already putting the horn back away as we all burst into laughter.