Jay LaPlante memorial brings friends together for a final send-off 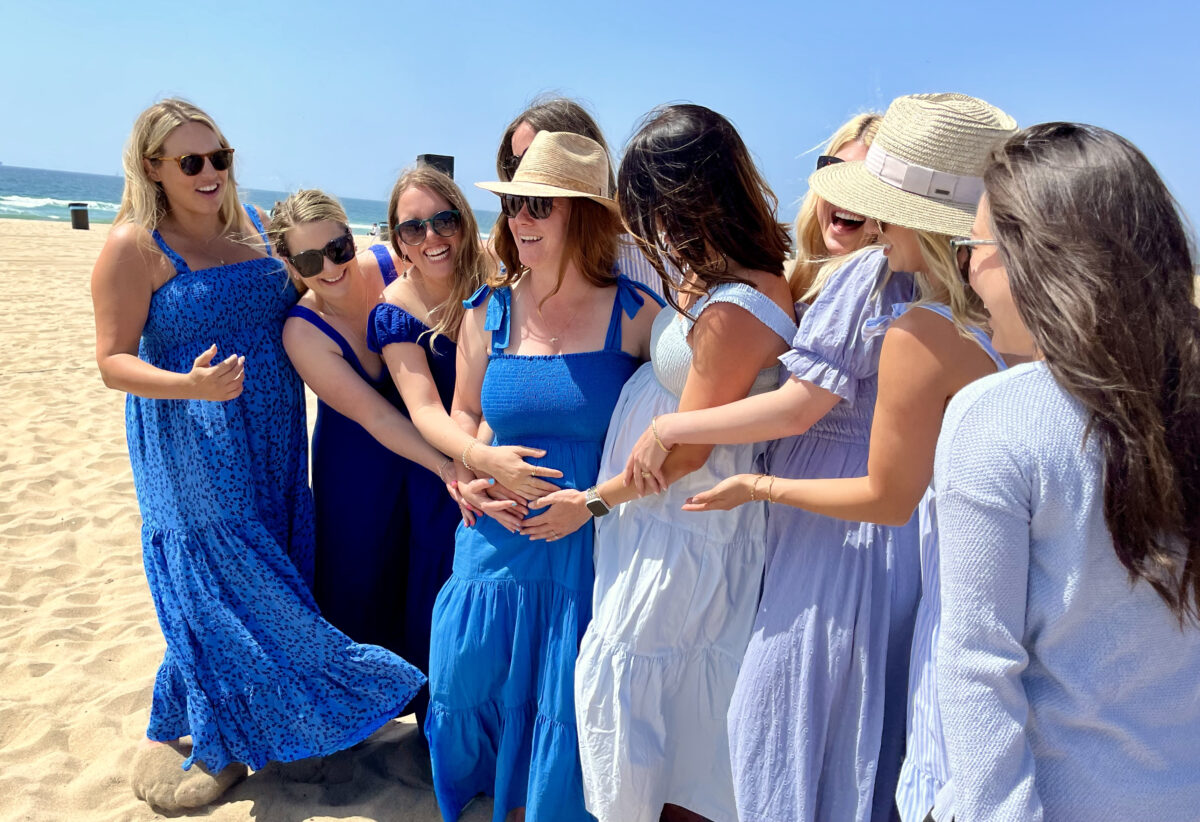 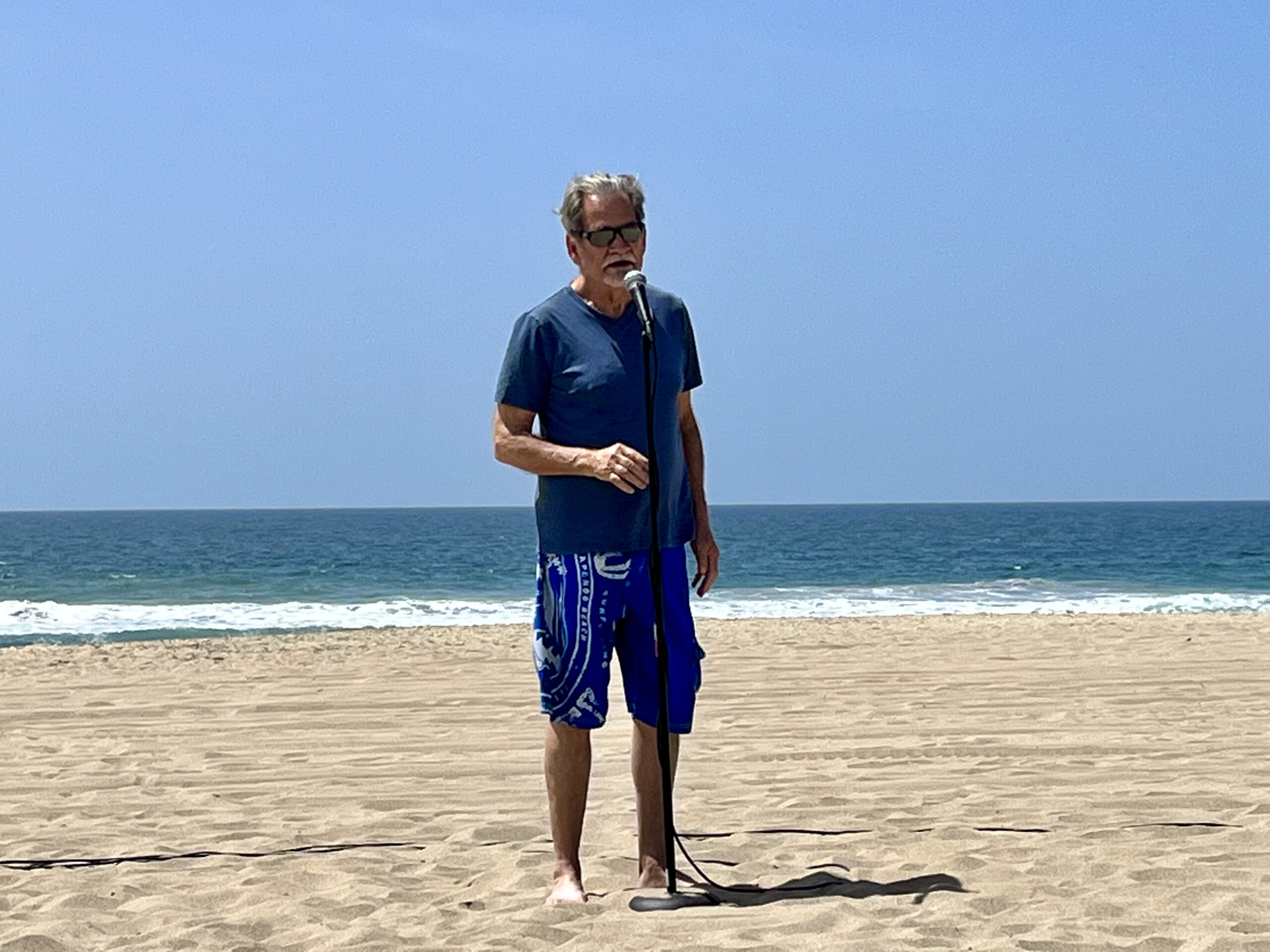 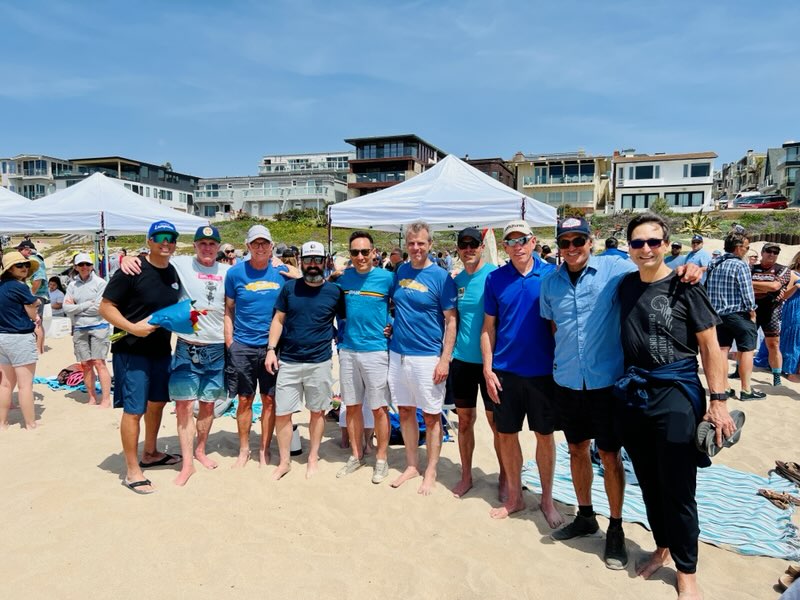 Friends and family attending Jay LaPlante’s memorial last Sunday, on the beach in Manhattan Beach, were asked to dress as Jay would dress. Casual, no shoes and in his favorite color, blue, “to keep his eyes shining bright”.

The cyclist, surfer, sailor and accomplished pumpkin racer died in a motorcycling accident last month. He was 48, and left behind his fiance Janelle Arnold and their unborn child. 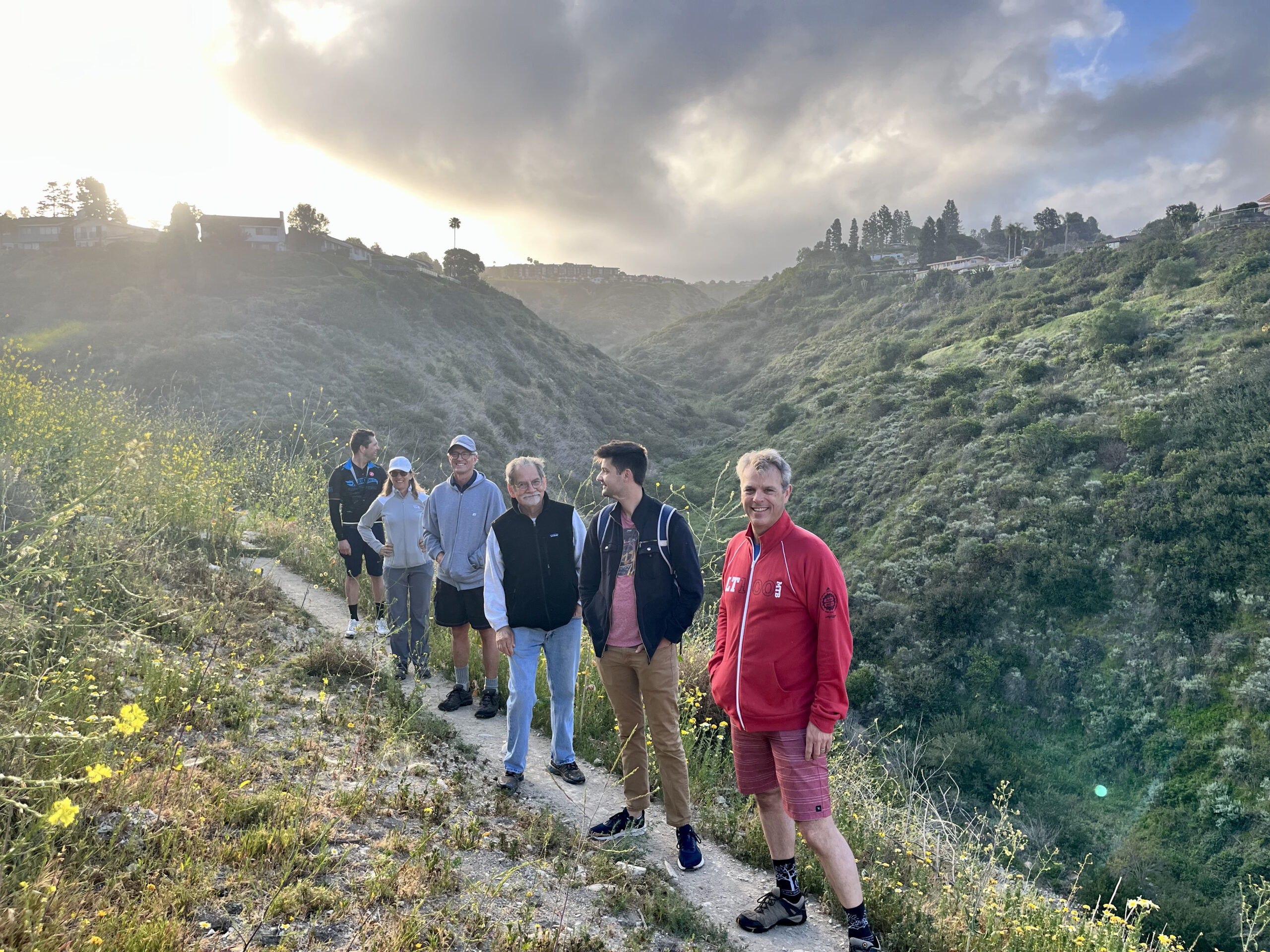 At dawn on Sunday morning, before heading to the beach, a small group of Jay’s friends, accompanied by his brother Alex and dad, who is also “Jay,” set off on a hike along one of his favorite cycling trails in Palos Verdes, code-named “the Secret Garden”. 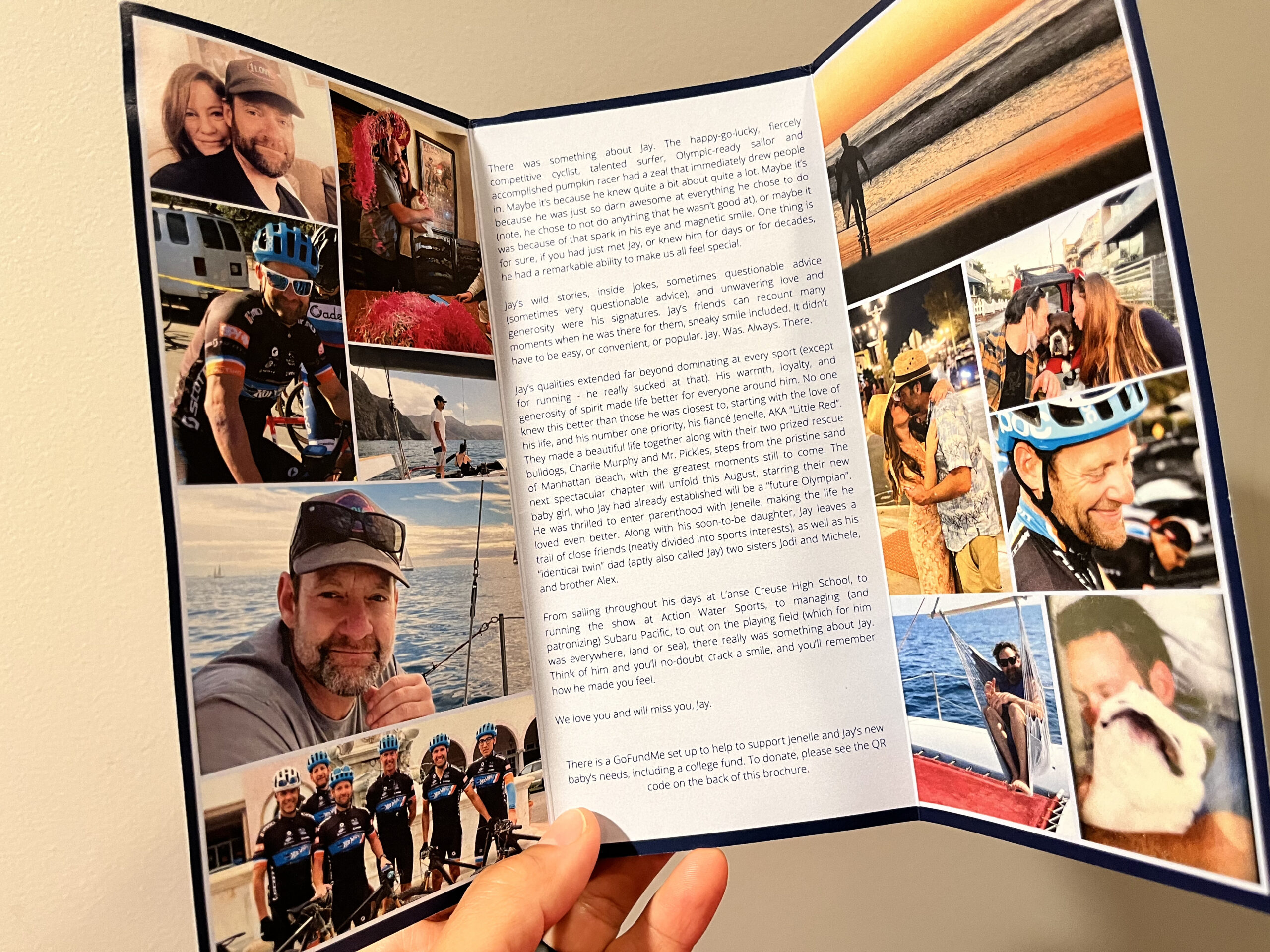 We used to frequent this location because it has some of the sweetest oranges and creamiest avocados anywhere. Jay’s dad and brother had heard about it for years, and asked us to finally bring them there. 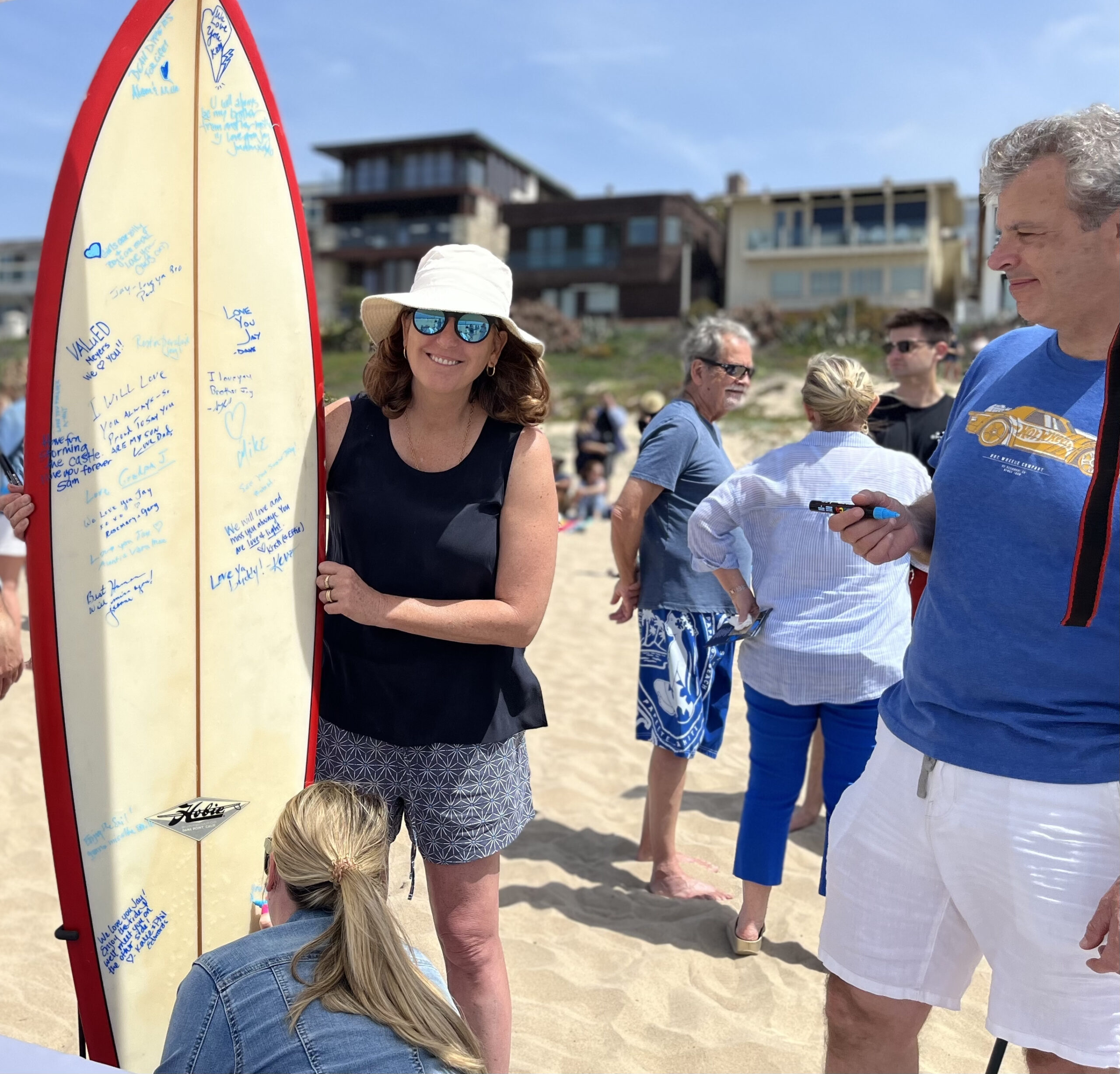 The traditional board signing.

Friends and family arrived at the beach from all over, from Florida to Hawaii, and everywhere in between. There were over 200 people. The service was simple, with an opening poem, a eulogy, a letter written to Jay from his fiancé, “Little Red,” then stories from friends, co-workers and family. The common thread was that whether you knew Jay for 10 minutes, or 10 years, he made us all feel special.