Kushner crushes it – Kai Kushner puts Manhattan Beach on the map with a 9.7 score in Barbados 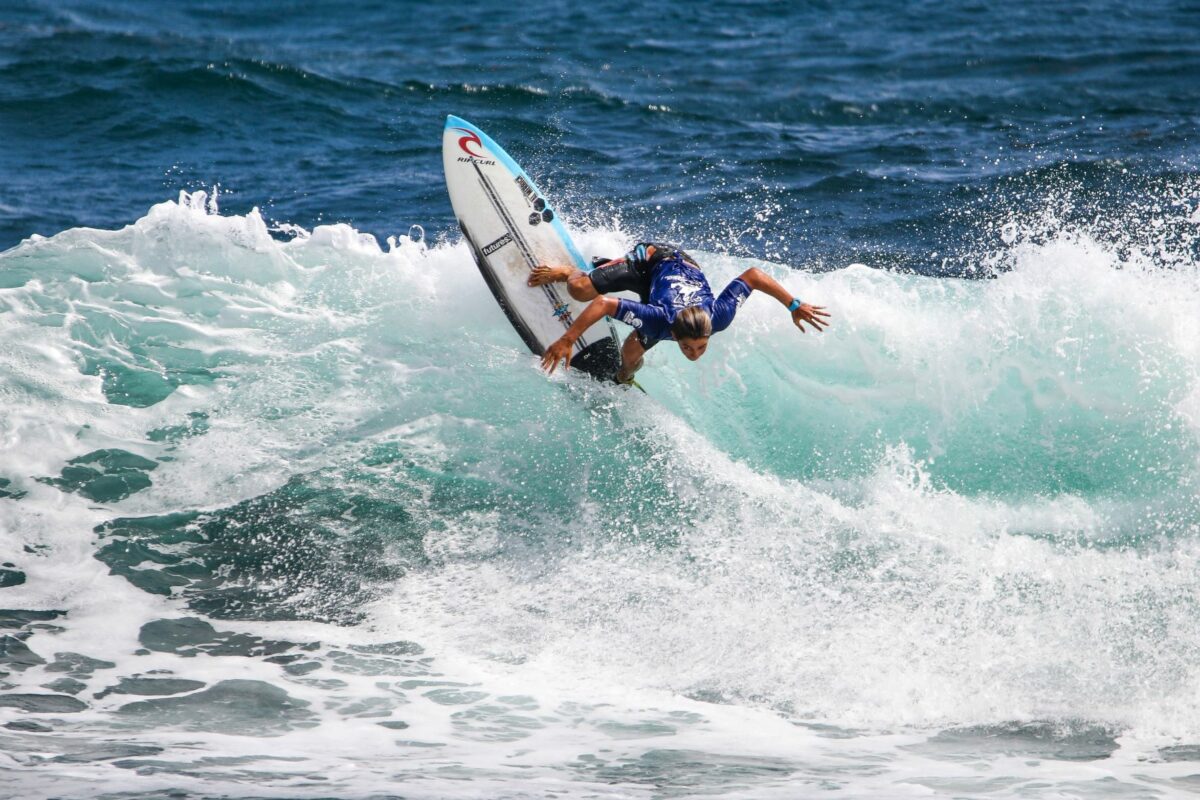 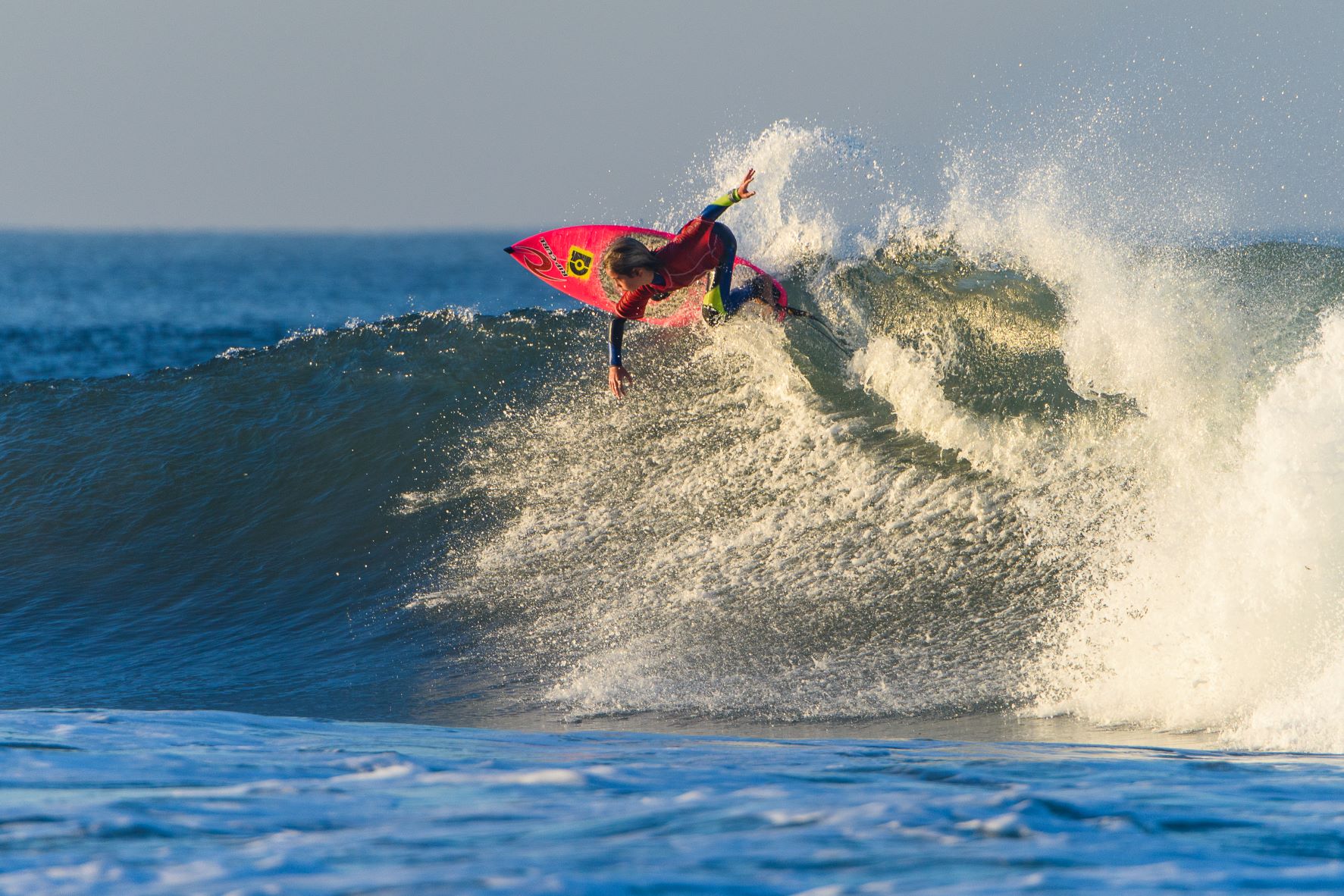 Kai Kushner, 10, during the Jan. 14, 2017 SBBC contest, demonstrating the backside power that would earn him a 9.7 score last month in Barbados. Photo by Steve Gaffney (SteveGaffney.com)

“Manhattan Beach? Is that near El Porto?” the announcer for the World Surf League Qualifying Series 3000 in Bathsheba, Barbados, asked over the PA system.

Kai Kushner, 15, of Manhattan Beach had just scored a near perfect 9.77 on a crumbling, head high wave that he hacked at, backside, sending spray 30 feet in the air, until the wave exhausted itself on the beach.

Two of the judges scored the ride a perfect 10. The third judge gave it a 9.5.

It was the highest score in the contest, held the last week in March at a Barbados break called Soup Bowl.

The WSL website headlined its coverage of the contest, “Kai Kushner Obliterates the Bowl.”

Kushner’s dad Warren heard the announcer ask where this kid came from.

“Hearing Manhattan Beach mentioned over the PA was almost as cool as hearing my son’s name,” he said.

Fortunately for Kai Kusher, the surf that day looked like any other blown out afternoon in El Porto, where he learned to surf.

Warren Kushner is a former South African pro who twice represented his country at the International Surfing Association World Games. He moved to Manhattan Beach in the mid ‘90s.  Manhattan Beach’s surf history dates back to Velzy Surf, the world’s first surf shop, opened in 1949 by Dale Vezy. Golden Era of Surfing board builders Hap Jacobs and Greg Noll learned to shape from Velzy. But by the time Kushner moved to Manhattan, it had fallen off the surf world’s map.

That began to change in 2009, when a group of Mira Costa High graduates formed the South Bay Boardriders Club to encourage kids, their own in particular, to surf.

The hopeful result exceeded expectations. The winter SBBC Pacific Subaru Contest Series regularly attracts over 200 competitors, half of them under 18. One result has been Mira Costa dominating high school surf contests, year after year. Another result has been a new generation of professional and semi professional South Bay contest surfers, and big wave surfers, tempered by the club’s contests, and annual Big Wave Challenge.

Kai Kushner began competing in SBBC contests when he was six, in the grom assist division, surfing’s equivalent to T-Ball. Parents push their kids into the waves.

That first year, he won his division, and continued winning titles through the micro grom, grom, and boys divisions. By the time he reached the juniors divisions (18 and under) he was “surfing up” in the open men’s division.

Barbados was on the WSL North American Pro Tour. Points earned on the tour determine who advances to the professional World Surf League Challenger Series. Kushner finished 9th among 96 of the world’s best surfers.

Kushner attends Fusion Academy in Hermosa Beach, which affords him the flexibility to train and travel.

Warren Kushner said his son puts as much effort into training out of the water as in the water. Out of the water he trains with Jennifer Paolucci of Chess Fitness in El Segundo, and with Da Rulk, a native Hawaian who trains military and first responders in Irvine.