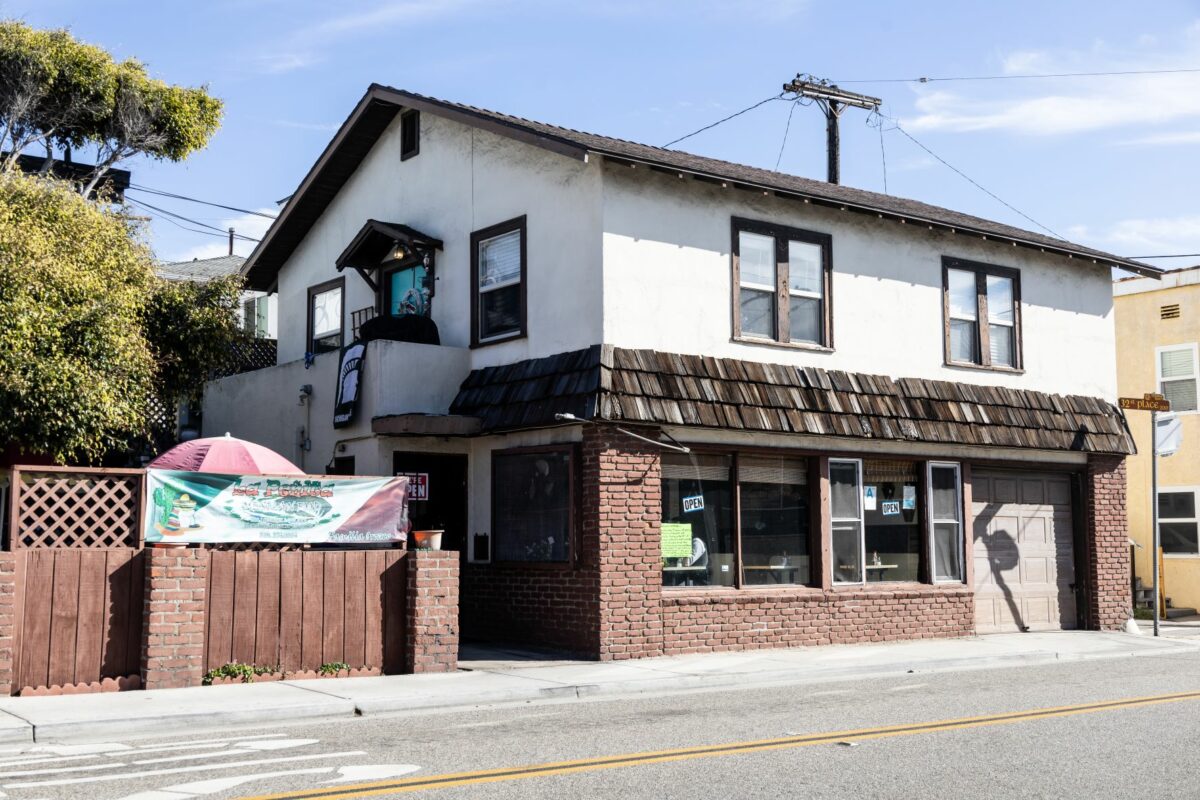 The landmark La Penita restaurant has been at the corner of Manhattan and Longfellow avenues for over four decades. 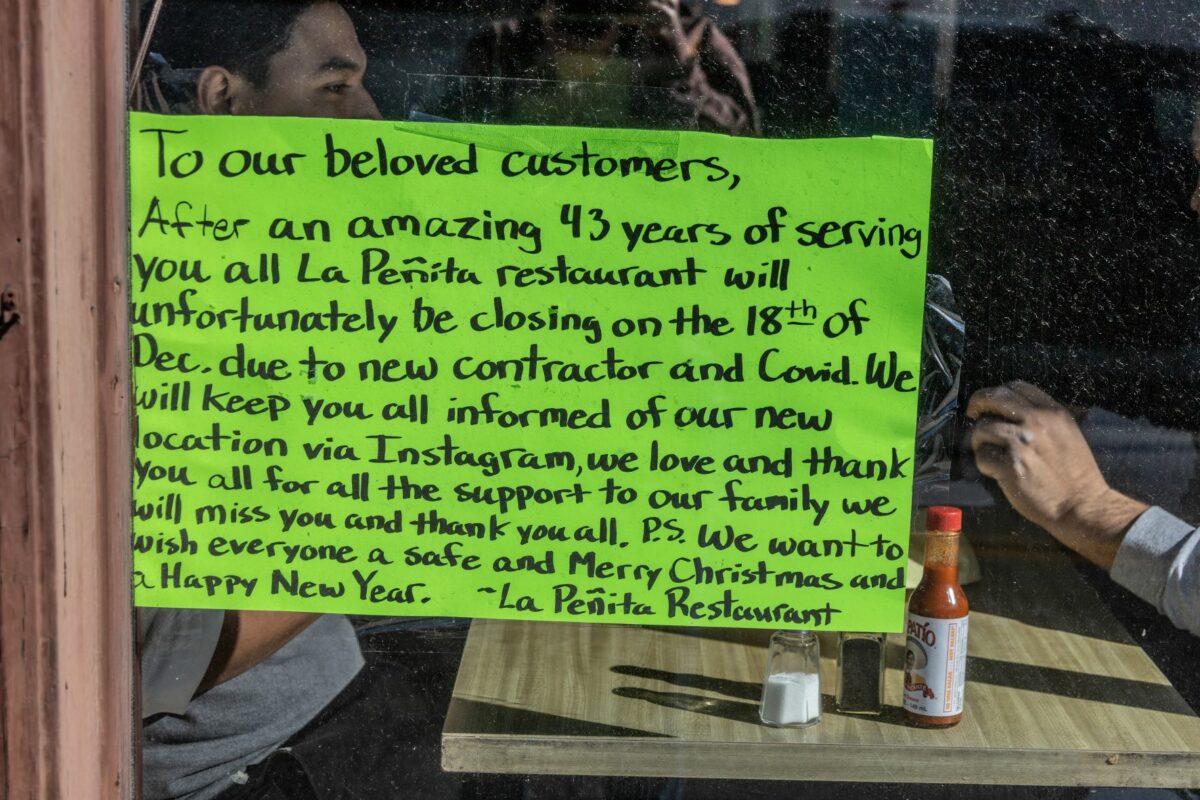 A sign in the window at La Penita thanks customers for their four decades of support.

La Penita Mexican restaurant, a popular Hermosa Beach fixture for 43 years, will serve its last meal at its present location on Saturday at the end of business, 10 p.m.

The beloved ,family owned, neighborhood restaurant has been at the corner of Longfellow Avenue and Manhattan Avenue since 1978. The family previously owned a restaurant in Redondo Beach.

Owner Gilbert Orozco said the closure is the result of “our landlord wanting us out, and Covid.”

“It’s been going on for a year now (the landlord issue), and it’s only because of the city, the city council, and our customers that we’ve been able to stay open until now,” Orozco said.

Orozco said he hopes to find a new location near the beach, but said, “There’s nothing around this area so we might have to move further inland. I hope it’s not too far.”

“We feel like we were at home here and our customers consider us part of their families. I’d sure like to thank them for all their years of support,” Orozco said. ER 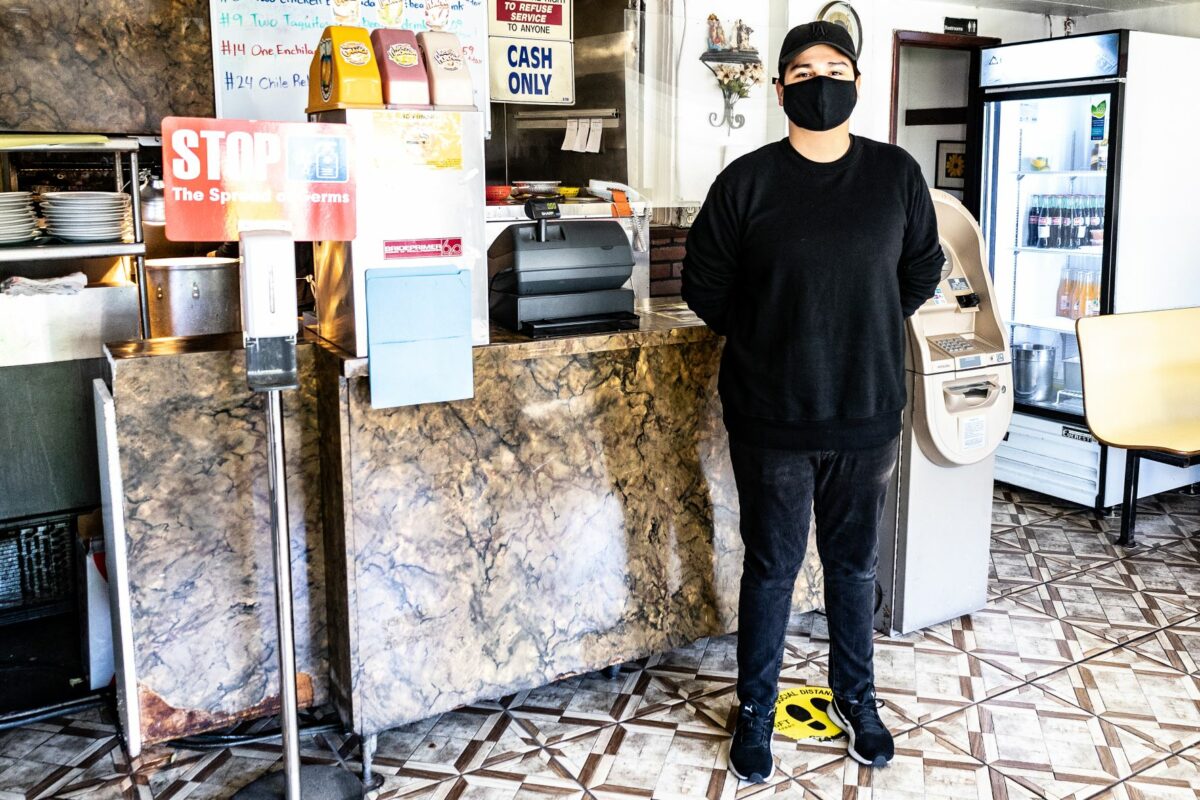 Johnny Orozco said he and his dad David hope to find a new La Penita location in the beach cities.