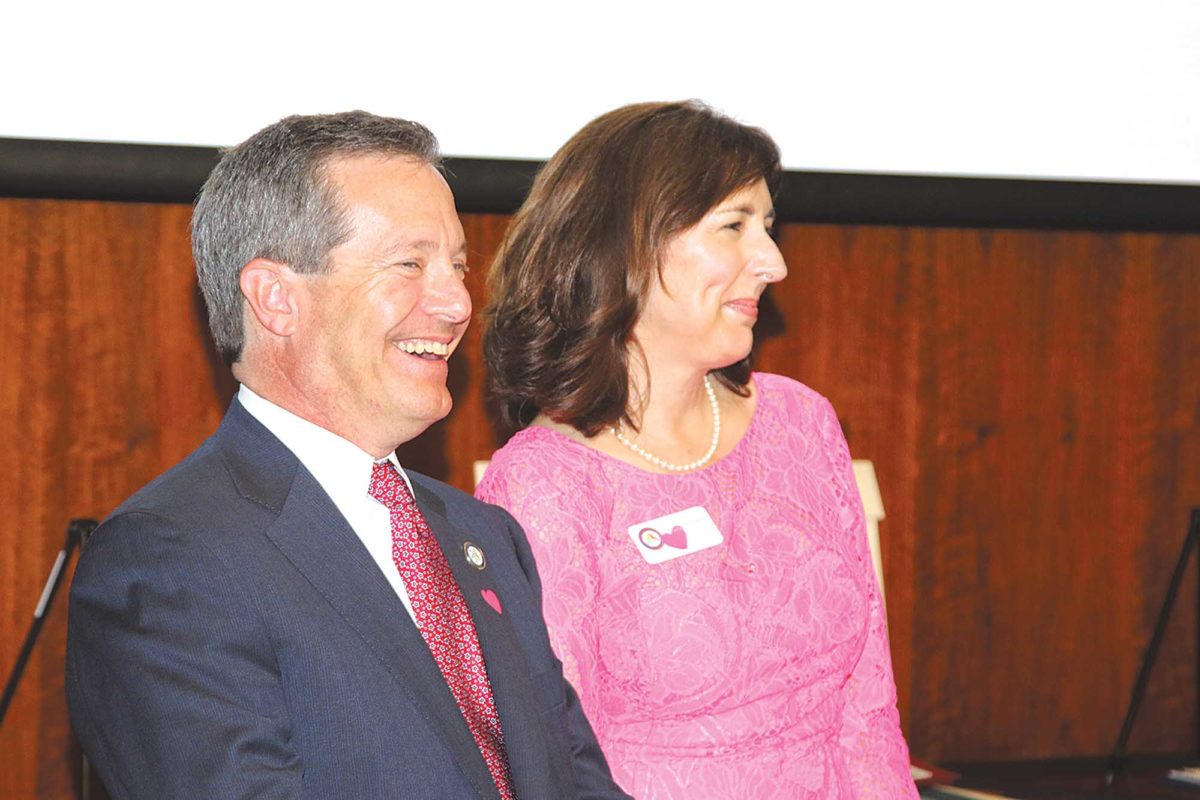 A few Tuesdays ago, Amy Howorth walked out of City Hall sometime near the midnight hour, as she has done a couple of hundred times over the last eight years. It suddenly struck her that this post-council feeling, one of equal parts exhilaration and exhaustion, was also uniquely satisfying and something she would miss after stepping away from the dais April 2 and left the title councilperson behind.

“Late at night, downtown Manhattan Beach, the sort of quiet streets, it hit me: this is an amazing town, and I got to be part of it,” Howorth said. “What a great privilege it is.”

“Manhattan Beach has it all,” he said. “It’s the beauty of the coast, of course, but it’s really the incredible people that live here and make up this community. I really enjoyed giving back to this community and working with other residents for a common, shared vision of enhancing our city.”

Howorth and Lesser served on three different councils, in terms of member composition, and with three different city managers, including overseeing the hiring of two and the departure of two of those managers. In their two terms, they presided over many major changes within the city, including the construction of a new public library and a host of environmentally-minded new ordinances that have placed Manhattan Beach at the forefront of municipal green policymaking.

Beyond new policies, personnel, and places, the two outgoing council persons leave behind a legacy that is somewhat harder to define but equally significant. Howorth served on council with a palpable sense of gratitude and joy that often proved contagious; Lesser’s indefatigable deliberateness, and willingness to be the sole nay vote, resulted in a voting record notably absent short-sighted errors. Both contributed to a City Council dynamic that was unusually collegial and, particularly over the past two years, highly functional.

“I think it proves that as you get along, you get things done,” said Mayor Steve Napolitano. “That doesn’t mean we agreed with each other all the time. We very much disagreed, very passionately at times, but again, being able to disagree without being disagreeable forged a bond to help work on things to find a way to move them forward. A lot of times we found compromise at the dais.”

“Amy brought this passion and joy. David is just this lawyer’s lawyer, very deliberate in setting the foundation, getting things on the record, making sure everyone felt they were heard, and making a case for things,” Napolitano said. “Amy led with her heart, and her feelings were very strong in wanting to do good. Which they both did.”

Howorth, who previously worked as a photo editor for Wired magazine, began her career in public service in 2003 when she was elected as a trustee on the Manhattan Beach Unified School District Board of Education. Her two terms at MBUSD were likewise eventful, patching up mistakes made in a previous bond measure project, helping pass a new bond measure that overhauled the aging Mira Costa High School, and hiring two superintendents, including current district leader Mike Matthews. Howorth said that serving on the board with Bill Cooper, a MCHS math teacher who was a hugely steadying influence within the district during a time of tumult, helped her learn how to be a better public servant.

“Bill Cooper is just an amazing man,” she said. “He really taught me so much about our community, our schools, and about life. He was like the uber-coach, if you will. He and I worked really hard to rebuild the trust of the community, and then Ira Vandaporte and Nancy Hersman were elected in 2005 and we were able to go further and do even more.”

Howorth chose to run for City Council in 2011 both because she wanted to make way for new emerging leaders within the school district and because Portia Cohen, who’d launched the Manhattan Beach Environmental Task Force, was leaving the council.

“I really cared about the work she had done environmentally, starting the process of making us a greener city,” Howorth said. “That was really important to me, and I wanted to carry that on. I had to run to keep that going.”

Lesser served a year on the city’s Parking and Public Improvements Commission and six years on the Planning Commission, including a year as chair. He also served on the city’s anti-mansionization committee, and on the LA County Library Commission, the latter role in which he proved particularly instrumental —  along with Napolitano, who was then Supervisor Don Knabe’s deputy — in the transformation of the Manhattan Beach Library.

“I’m proud of that,” Lesser said. “But whatever successes I’ve had have been team efforts. I mean it; one person can’t just come in and by fiat say it’s going to be this way or that way. You’ve got to work with your council colleagues and obtain community input on ideas.”

Teamwork was a particular gift of the outgoing councilman, who in his 15 years of public service never missed a single meeting of any of the legislative bodies he was a part of. On council, Lesser proved extremely effective at working on regional issues. As mayor in 2013, Lesser helped lead a regional effort to address power outages and demand more transparency from Southern California Edison, which resulted in a new state law authored by then-Assemblyman Al Muratsutchi which required utility companies statewide to remediate persistent outages and to report those outages based on frequency and duration. In 2017, Lesser and council colleague Richard Montgomery played good cop, bad cop roles, respectively, in leading an effort to end LA Councilman Mike Bonin’s “road diet” that resulted in closed lanes and miles of angry commuters on Vista Del Mar. Montgomery helped give public voice to those commuters’ sense of frustration, while Lesser, with a major assist from Supervisor Janet Hahn and in cooperation with council representatives from other impacted towns, helped negotiate the end of the road diet.

“It’s a lesson I think we learned that local government is where problems really get solved,” said Hahn, speaking at Tuesday night’s City Council meeting, which she attended to honor Lesser and Howorth. “Especially nowadays with what is going on in Washington D.C. or Sacramento…When people have problems or issues, [such as] traffic issues like the road diet issue, they come to you. I know both of you have been so accessible when serving on City Council, whether you are at the grocery store or getting your nails done or on the street, [residents] come up and talk to you knowing you can solve their problems…Both of you, in my opinion, epitomize public service.”

Hahn said she’d asked the staff to give her three things to say about each outgoing council person “and they gave me a giant novel about both of your accomplishments, which included renovating the [Manhattan Village] mall, the library, to having a more transparent, open government, to bringing joy to civic engagement.”

“I love that one. You are like the Marie Kondo of Manhattan Beach,” Hahn said, looking at Howorth, eliciting laughter throughout the council chamber. “If it doesn’t spark joy…”

Hahn said that Howorth’s leadership inspired young girls and other women to aspire to likewise lead.

“Amy, as a woman,” she said, “I think you’ve been an incredible role model.”

One of Howorth’s signature acts of leadership was initiating the public smoking ban, something that held particular meaning for her, after losing both parents to smoking-related causes. One of the defining aspects of both Howorth and Lesser’s time on the council was their environmental leadership. The duo reconved the environmental task force and served as its co-chairs, and the before and after picture of Manhattan Beach under their direction includes a long list of striking changes, including bans on plastic bags and straws, mylar balloons, and polystyrene. The plastic bag ban was particularly instructive in terms of the “think globally, act locally” ethos. The ban was passed by a previous council, in 2008, but was overturned first by a trial court and then an appeals court. The first council Howorth and Lesser served on kept pushing for the ban, against what increasingly seemed like impossible odds, and finally succeeded when the California Supreme Court upheld the ban. The law would have regional, national, and perhaps global impact, inspiring plastic bag bans in other municipalities and contributing to a movement that created a statewide ban.

“That’s really something we can be proud of —  we are a small city, but we had a global impact,” Howorth said. “This is why serving in local government is so great. You get to help friends and neighbors with things like stop signs and you get to make an impact in people’s daily quality of life, with things like youth and senior programming. At other levels of government, you don’t always get to see the effect of what you do. And I will say that I do find a lot of joy in it.”

“We have this incredible community,” Lesser said. “I love these neighborhoods we have, with residents who care about where they live. It’s been a joy to be a part of various conversations. On a larger scale, it’s just a pleasure to give back, though it’s also been a lot of work. I’ve been really humbled.”