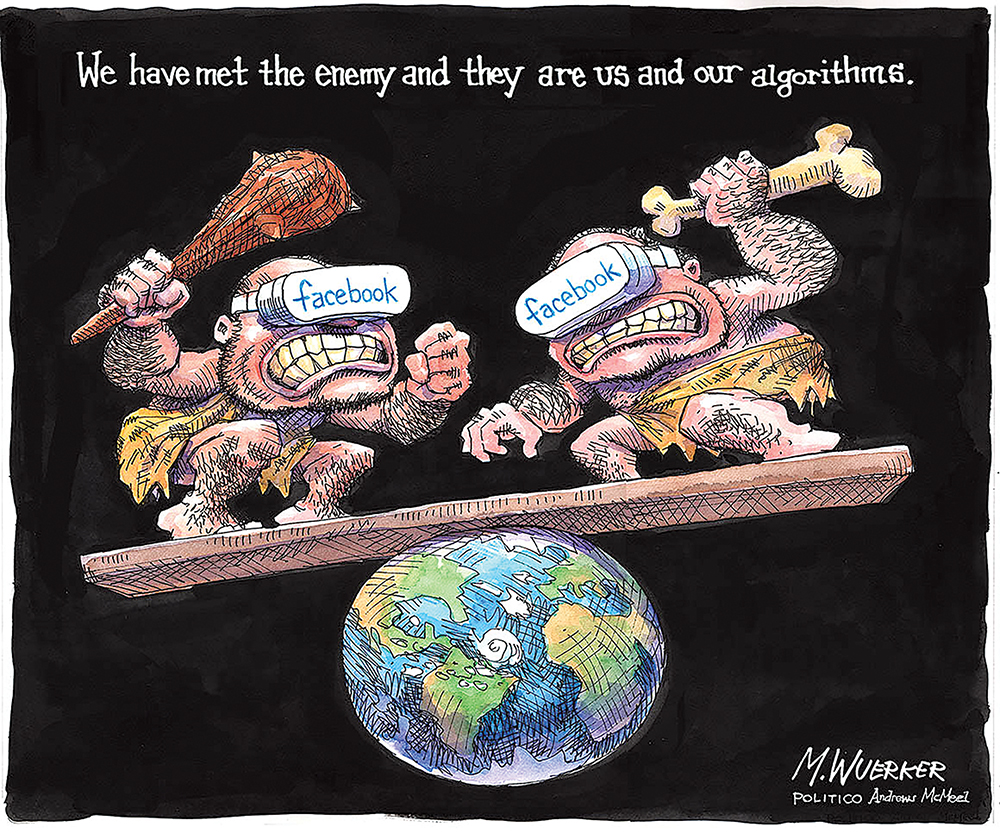 Parents are the first teachers. Stream teacher instruction during literature, history, and social science classes (all grades), as was done during the lockdowns (“Critical Race Theory fears lead to attack on Manhattan Beach School Board,” ER Oct. 14, 2021). Invite parents to be included in the discussion of Diversity, Equity and Inclusion. Embrace their opinions and if you disagree, do not characterize it as an attack. That and the constant gaslighting are what lead to this divisive atmosphere. To ignore reasonable compromises, or outright deny parents the right to be materially engaged smells of fear.

Thank you very much for the lengthy, detailed report of the School Board meeting on September 22 and for the interviews with some of the participants (“Critical Race Theory fears lead to attack on Manhattan Beach School Board,” ER Oct. 14, 2021). We are living through a tumultuous time with information coming at us from all directions about every aspect of existence. For those pondering the tangled history of race relations in this country I highly recommend “Caste” by Isabel Wilkerson. It is a well-written academic study of the parallels between the treatment of American slaves and their descendants, the Dalits or “Untouchables” in India, and the Jews in Nazi Germany. It analyses the effects of a caste system: the costs to the societies that are so ordered, and the damage done to the people in both the high and the low castes in so many ways. We have severely limited our prosperity and wellbeing by limiting the opportunities and disregarding the humanity of African Americans. Our pie could have been so much larger if Tulsa’s Greenwood had not been bombed, countless other places not laid waste, and, of course Bruce’s Beach not razed.

Let me set the record straight. Neither the residents of the Beach Cities or Torrance, who understand the scope of Healthy Living Campus, are in favor of it (“Poll shows support for Healthy Living Campus,” ER Oct. 21, 2021). The story cited a phone poll costing $43,750 stating, “broad favorability” as well as, “relatively low” understanding of the project. BCHD CEO Tom Bakaly was quoted as saying ,”…if the board goes forward with a plan, we think the awareness is gonna go up.” Of course it will, but it will be too late by then. I have to wonder how the poll questions were worded. Anything can be represented as wonderful when only the positive is told. For instance did they explain:

That this proposed senior living facility would cost $450 million without a taxpayer vote?

Or that the site is only zoned for a hospital, therefore illegal?

Or that the 10 to 15 years of demolition and building would spew dangerous toxins endangering school children and residents?

Or that the South Bay is inundated with senior living options at a fraction of this proposed $12,000/month, 325 bed “petri-dish”? Or that building this would cause horrible traffic gridlock and decrease property values?

Or explain who would pay when the ill-conceived plan goes belly-up?

I would hope the Beach City board members come to their senses and scrap this plan. What they see as a cash cow will most likely turn out to be a money pit. The sensible plan would be to keep the existing buildings, add a community pool, and green area, which would actually provide healthy lifestyle choices to the residents it is supposed to represent.

This is what is called a push poll. They lead the respondents with phrases they know they would like, and then purport it as results. It is total BS.

The Beach Cities Health District surveyed 600 people about the Healthy Living Campus. Over 1,200 surrounding residents signed a petition against the project that is 133 feet tall, 800,000 sq. ft., and the size of Staples Center. BCHD has ignored those residents in its quest to allow a commercial company to build, own and operate a commercial, $12,500 per month rent facility for 80 percent non-residents of the three  beach cities on publicly owned land.

Truth has no agenda

I was stunned by your cartoon last week (ER Oct. 21, 2021). All the “frightening” things the cartoonist  included in his Halloween cartoon are indeed current events. They are real. At first,I assumed cartoonist Matt Wuerker just had a biased outlook, and wanted to illustrate his own political agenda. Then I thought no, just another ignorant individual. But I decided to give the cartoonist the benefit of the doubt. I assume he was dealing in “gallows humor,” defined as, “Humorous treatment of a grave or dire situation.”  If that is not the case and the artist actually believes what is portrayed in the cartoon, I recommend he refer to the Vaccine Adverse Event Reporting System (VAERS), communicate with real people being affected by current immigration policy, and speak with real educators who teach subjects without a social engineering agenda. Truth has no agenda.