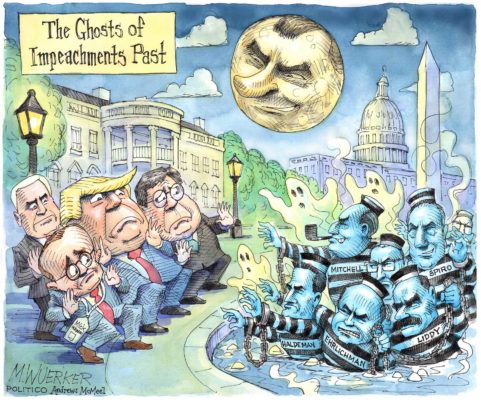 Writer Richard Haynes includes great details about this new law, but his assumptions are flawed [“Welcome to rent control,” ER Nov. 14, 2019]. Landlords are not winners at all. And if landlords are advised by real estate professionals, they will “catch up” to market rent quickly if they continue to raise rents 5 percent plus cost of living, every year. They need to do this every year or the value of their properties will be worth much less, based on an income analysis. Because of this new mindset, “nice” landlords who were giving their tenants a break with under-market rents will now be motivated to raise rents or risk greatly devaluing their real estate. Tenants will be big losers. As usually happens when government tries to redistribute wealth, it is likely to cause the opposite effect to the people they say they are trying to help.

I’m sure a number of Hermosa Beach renters received lease termination notices at the end of last month, the last chance landlords had to terminate leases “without cause” before a state law becomes effective Jan. 1. The new law prohibits “without cause” lease terminations and unreasonable rent-hikes [“Welcome to rent control,” ER online Nov. 14, 2019]. Most of unincorporated LA County, LA City and many other cities including Redondo Beach have introduced emergency ordinances prohibiting last-minute, law-dodging lease terminations. The Hermosa Beach has not yet followed suit.

We are asking all Hermosa residents, particularly renters, to urge  Hermosa council members to pass such an ordinance, to reasonably protect renters from unscrupulous landlords. They can be emailed at citycouncil@hermosabeach.gov.

This is a good move by the state [“Welcome to rent control,” ER online Nov. 14, 2019]. Property owners should be happy because it will stabilize the market at such a high point.

All this did was spur an increase in rent before the measure went into effect [“Welcome to rent control,” ER online Nov. 14, 2019]. My rent went up last month. It was never increased before this. Thanks California legislature.

All this just made the problem much worse and again hurting the middle class [“Welcome to rent control,” ER online Nov. 14, 2019]. Ultimately all prices will go up. Nice landlords keeping low rents are being punished and are forced to raise the rent.

On Thursday, Nov. 14, history was made when for the very first time ever, a community meeting in Redondo Beach was live-streamed on Facebook and Twitter. At a time when residents have been stigmatized for video recording their representatives at their district community meetings, Councilmember Christian Horvath focused on bringing more transparency and innovation, pioneering a real game changer. The maiden voyage of live-streaming community meetings has proved to be very successful, already reaching seven to nine times more viewers on social media than actually attended the District 3 Community Meeting. Even though I am a District 1 resident, I like attending District 3 community meetings. But I could not attend that night due to an illness, so I was really excited to be able to watch the meeting in the comfort of my own home. I also like the convenience of being able to go back and review presentations being made. Hopefully, more councilmembers will follow Christian Horvath’s lead.

Russ Lesser was disingenuous at best in his recent paid advertisement for a desalination plant [Easy Reade Nov. 21, 2019]. Lesser claimed to not believe the plant would cause environmental damage. Of course the proposed plant will cause damage. It will suck water from the ocean and kill life at the bottom of the food chain that supplies food to every living thing in the ocean.

Using water in that way for cooling power plants is no longer allowed in California because of the damage it causes. The proposed desal plant would use the outlawed and now out-of-service water sucking system that the El Segundo Power Plant mothballed in 2013. The concentrated salt that will be dumped back into the ocean will also harm ocean life. Duh. At issue is whether the need for a desal plant is greater than the harm it will cause. Lesser cited Owens Lake drying up in 1926 as somehow a reason we need to build desal now. All the environmental groups Lesser used to prove his environmental cred are vehemently against building this carbon spewing, giant industrial solution to a non-problem that is not yet ripe. We may have to build much larger and many more desal plants someday in the future but the currently proposed, tiny practice plant is only a resumé burnisher for the bureaucrats who have been pushing it for years. Lesser believes a desal plant might help the economy. I know it will hurt the ocean and the planet.

The City of Manhattan Beach can afford to pay more to keep their current fire service, while Redondo Beach can’t [“Manhattan Beach City Council nixes further LA County Fire study,” ER Nov. 7, 2019]. In fact, that’s why Manhattan Beach gave their police department a nearly 6 percent pay raise when Redondo could only afford a 2 percent raise. All Redondo Beach offered was a small raise to our firefighters, but since our angry [council] majority of three wanted to recalculate how other work hours are totaled, it means a net loss of close to 6.5 percent. Who would want to work the same hours for a pay cut of 6.5 percent? Let’s do some actual City to City comparisons: The Manhattan Beach Fire Department gets 2,600 calls per year, Redondo gets nearly 8,000. Manhattan Beach also provides paramedic transport to hospitals, which prevented an increase in fees to the city. That’s the reason they were looking to do a county fire study in the first place, since they didn’t have the required staffing. Manhattan’s population is about 35,000 while Redondo’s is about 68,000. Redondo’s fire budget is nearly 60 percent larger than Manhattan’s. In the end, if making the change to couty  doesn’t work for Manhattan, fine, that doesn’t mean it won’t for Redondo. At least expend the effort to do the study and have an independent review of the results. Then we would know for sure, and wouldn’t have to wonder if something was being hidden. Especially before proposing tax increases for Redondo residents.

The Plastic Disclosure Project estimates that 33 percent of plastic manufactured worldwide is used once, then discarded, and 85 percent is not recycled [“The Waste Less Shop: an antidote to plastic pollution in Manhattan Beach,” ER Nov. 7, 2019]. But plastic waste can be turned into something useful? Plastic waste, which potentially disrupts the environment in the final waste processing sites, has been turned into gasoline and diesel by students of Environmental Science and Technology, Faculty of Science and Technology, Universitas Airlangga (the second oldest university in Indonesia), for motorcycle and car fuels.

Whale of a photographer

I and other parents asked the Hermosa Beach City School District Board to correct the misinformation that was given by Superintendent Pat Escalante, at the October school board meeting. The board refused refused. “I want to let you know that the Board considers this matter to be resolved,” Board president Doug Gardner,” said. We’d like to set the record straight about the superintendent’s report on the outcome of a Uniform Complaint we filed, appealed and won, regarding the misassignment of a regular eighth-grade science teacher who was replaced with a 30-day permitted substitute teacher, for more than 30 days, during the 2017-18 school year.

The superintendent stated the misassignment “was corrected, in fact, it was self-corrected by the district in that the substitute was no longer providing services because it was the end of the school year.”