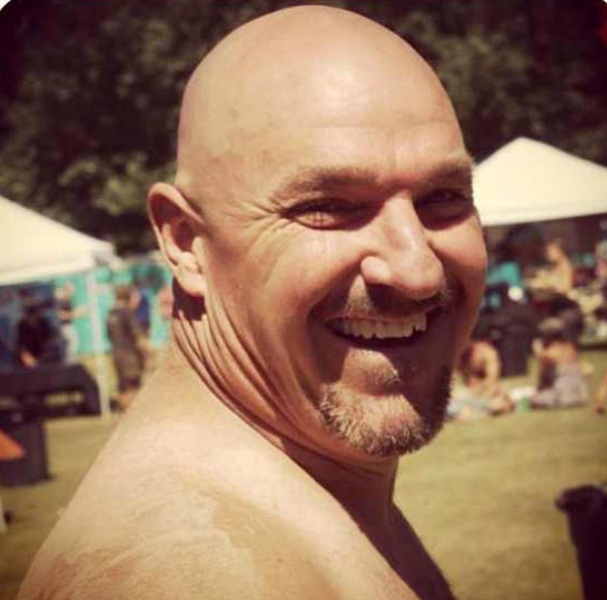 A San Pedro man died Sunday after completing the swim portion of the Redondo Beach Triathlon.

Michael Charles Giardino, 48, was a “very proud” South Bay resident who attended San Pedro schools in his youth and was just two years away from a planned retirement, according to his son Andrew.

A pasteurizer for Swiss Dairy, “he was a man that loved everyone, and everyone loved him back,” Andrew said.

Giardino was athletic and ran, cycled, and swam often; he recently participated in local 5k and 10k races.

“He was the hardest-working person I have ever met; all his friends at Swiss Dairy say the same thing,” Andrew said.

“It’s not only my family that suffers; there are many people… people from his gym, people he rode with, people at the restaurants he ate at.”

Division Chief Steve Hyink of the Redondo Beach Fire Department, who received the distress call from on-duty lifeguards Sunday morning, said medical attention was administered to Giardino “immediately upon his exiting the water.”

“As soon as the lifeguard saw he was in distress, they helped him to the ground and immediately initiated CPR,” Hyink said. “He was walking when he came out of the water and the lifeguards saw he didn’t look like he was doing well and escorted him up [the beach], and down he went.”

On-duty lifeguards called in paramedics, who transported him from the beach near the Redondo Pier to Little Company of Mary Hospital. He died there later in the afternoon.

A cause of death is as yet unconfirmed.

“The lifeguards did an outstanding job,” triathlon race director Rick Crump said. “They were there in seconds doing what they do best. I was impressed with the response time of the Redondo Beach Fire Department and McCormick (Ambulance Service). The gentleman was in the best hands he could be in.”

USA Triathlon, the official national body governing triathlon events, commissioned a study last October into deaths that occurred during triathlons. The study found that between 2003 and 2011, there were 45 fatalities, or one death for every 76,000 participants.

Crump has said Sunday’s fatality was not race-related. This weekend marked the ninth year of the Redondo Beach Triathlon; 600 triathletes competed in the USA Triathlon sanctioned event that includes a half-mile swim, six-mile bike ride, and two-mile run.

Giardino is survived by his mother, sister, wife and two children – both of whom intend to complete next year’s triathlon in their father’s memory – and his granddaughter.

“The world is a darker place without [my father’s] bright smile,” Andrew said. “Me, my sister, my brother-in-law, and many others will be in next year’s race. We will all finish in my father’s honor, or die trying.”