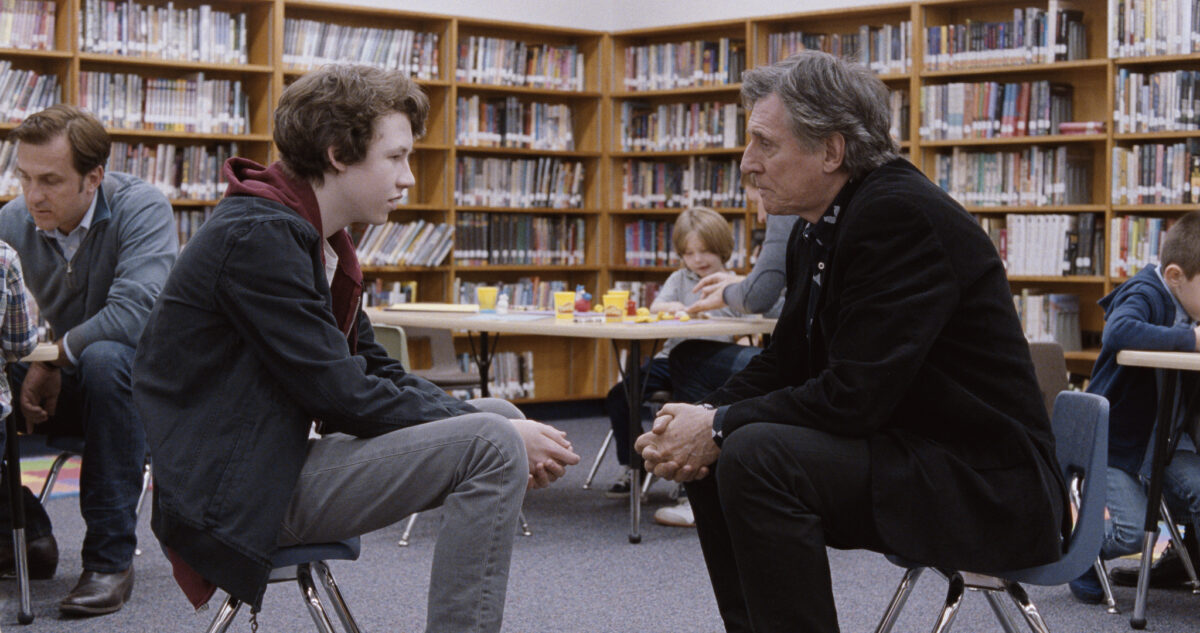 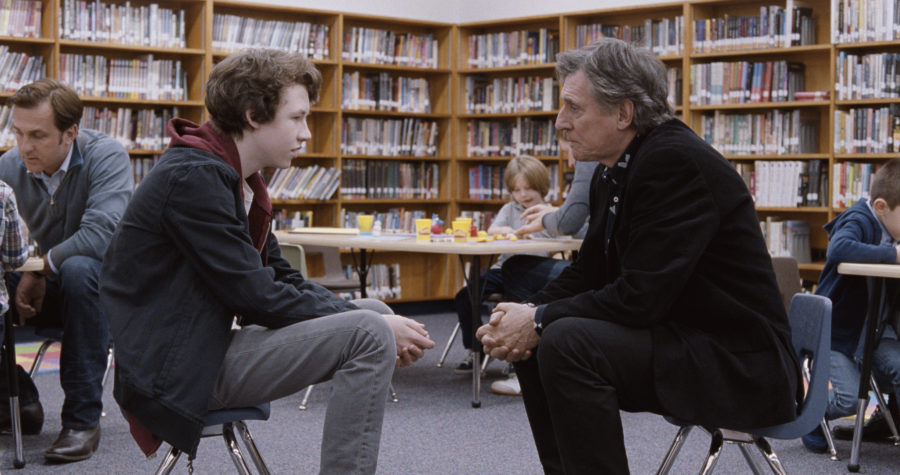 “Louder Than Bombs,” the accomplished English language debut of Norwegian director Joachim Trier, who co-wrote the script with Eskil Vogt, is a complex study of life as affected by the death of a loved one.

It’s been over two years since Isabelle Reed, a recently retired war photojournalist, died in a fiery head-on collision not far from her home in suburban New York. Husband Gene has never had the courage or ability to discuss the probable circumstances of her death and the complexities of life with Isabelle, a woman who followed her own path regardless of the consequences to herself or others. But now a retrospective of her work at an important gallery has been planned and her closest colleague has indicated that the essay he has written to accompany the show will reveal that her death was not accidental but a deliberate act. Son Jonah, now married with a new baby, has arrived home, ostensibly to sort through negatives and help his dad clear out her office.

Very close to his mother, Jonah was not unaware of the possible circumstances of Isabelle’s death, but younger brother Conrad, 15, has never had an indication that his mother’s death was anything other than the grisly and tragic event he imagined over and over again in his head. Gene must try to find a way to prepare Conrad, a situation made increasingly more difficult because Conrad has isolated himself and refuses to communicate with his father.

Trier introduces flashback snippets of Isabelle’s life intercut with present day issues of living. In this way, the director presents Isabelle as a still living entity in the existence of all three men, causing Gene to question areas of their former joint lives as he begins a new relationship that will further muddy the waters of recovery, Jonah to revert to a less mature time and Conrad to entirely close in. It is a remarkable method of storytelling that layers the narrative of family surviving with increasing complexity.

Slyly, Trier has also created a narrative that gradually overtakes the needs of Gene and Jonah. In a richly complicated way, “Louder Than Bombs” is actually the coming of age story of Conrad, a young man of depth and sensitivity who feels the loss of the person he feels understood and encouraged him. These are the misdirected feelings of a child unable to articulate his loss who instead closes himself off from his well-meaning and loving father at a time when his life and life’s choices are extremely complicated. He is the quintessential artistic teen outsider, longing for the cheerleader but sitting with the misfits. That his brother tells him “it gets better” only serves to emphasize how weak that argument is for the time when it’s not good.

Trier expertly excavates the internal lives of all his characters, living and dead, framing his story of “who are we and where are we going” around a 15-year-old unprepared for the revelation about to be published nationally. Just when he would like to retreat into a shell, an outside force will make that impossible. How will he survive; how will Jonah and Gene survive? How does anyone survive?

“Louder Than Bombs” is the kind of film the French make well – a deeply thought intellectual character study centered around a critical event with consequences. Trier has done a great service to the genre for each scene seems to reveal a new layer of complexity and sensitivity. “Louder Than Bombs” works at every level – direction, writing and most especially acting.

Gabriel Byrne as Gene is wonderful as a man trying to cope with death, life and a son with whom he had a close relationship in the past and is now suffering an even greater loss in their inability to communicate. Jesse Eisenberg as Jonah is expert at playing the fast-talking son hiding under a veneer of superficiality to disguise his unwillingness and fear of moving forward. Isabelle Hubert, as Isabelle, is a fitting catalyst to all the action but it is young Devin Druid as Conrad, both prescient and naïve, who captures this film with his sensitivity and naturalistic style. What started as an intelligent film about loss evolves into a deep and moving ode to adolescence thanks to this incredible new talent.

Invest your time in “Louder Than Bombs;” it will pay dividends.